06 Sep Real ramen is finally coming to Denver, and it’s about time 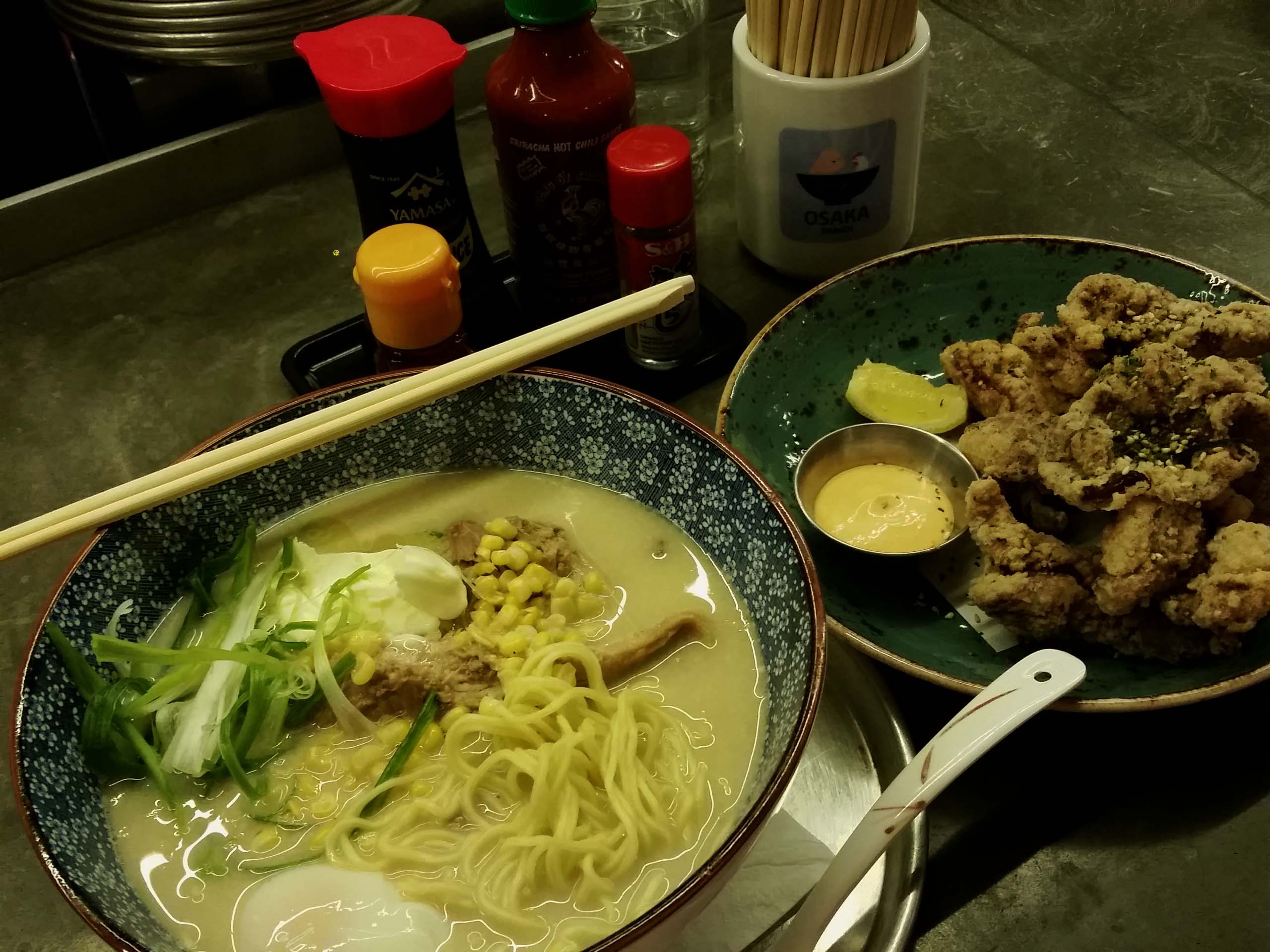 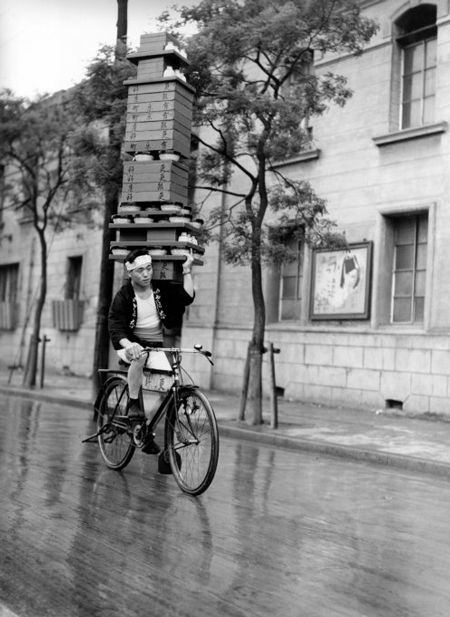 The steaming hot soup of a real bowl of ramen is salty and meaty with hints of chicken, pork and fish bathing together like it’s a friendly hot tub of flavor, and the noodles are firm and chewy (though a good ramen-ya will offer the option to have your noodles hard or soft to your liking) with just the right amount of absorption of the soup, and the toppings can be creative but respect tradition. The experience is several cuts above plopping a square of fried dried noodles into a saucepan for five minutes or pouring boiling water into the styrofoam cup and waiting two minutes with the top flap closed (no peeking!). Instant ramen is cheap, but it’s not food for the soul. The noodles are immediately limp, the soup is flavored hot water (though it can fool your brain into thinking you just ate some real food) and out of the box the topping are… well, there are no toppings.

Ramen’s origins are Chinese. The noodle bowls were originally sold at Chinese food carts and restaurants in port cities during the late 1800s and early 1900s, as working-class food for laborers. But since then, ramen has become a Japanese cultural institution. Different cities and regions have developed unique ramen styles and enhancements. Sapporo is famous for miso ramen; Tokyo for shoyu; Kyushu for tonkotsu ramen, everyone’s current favorite. It’s a rich pork and chicken broth that simmers the bones so long that the ramen has a layer of fatty collagen on top.

You can’t beat ramen in Japan. One of the best I ever had was in a tiny hole-in-the-wall in Kyoto, a couple blocks from the Japan Rail station several years ago (see the video at the bottom of this post). When I was in Kumamoto in Kyushu last year, we had the best ramen I’ve ever had. Having tonkotsu in the prefecture where the style was invented was an amazing experience. We ate in a tiny unassuming family-owned place and the ramen was incredible. 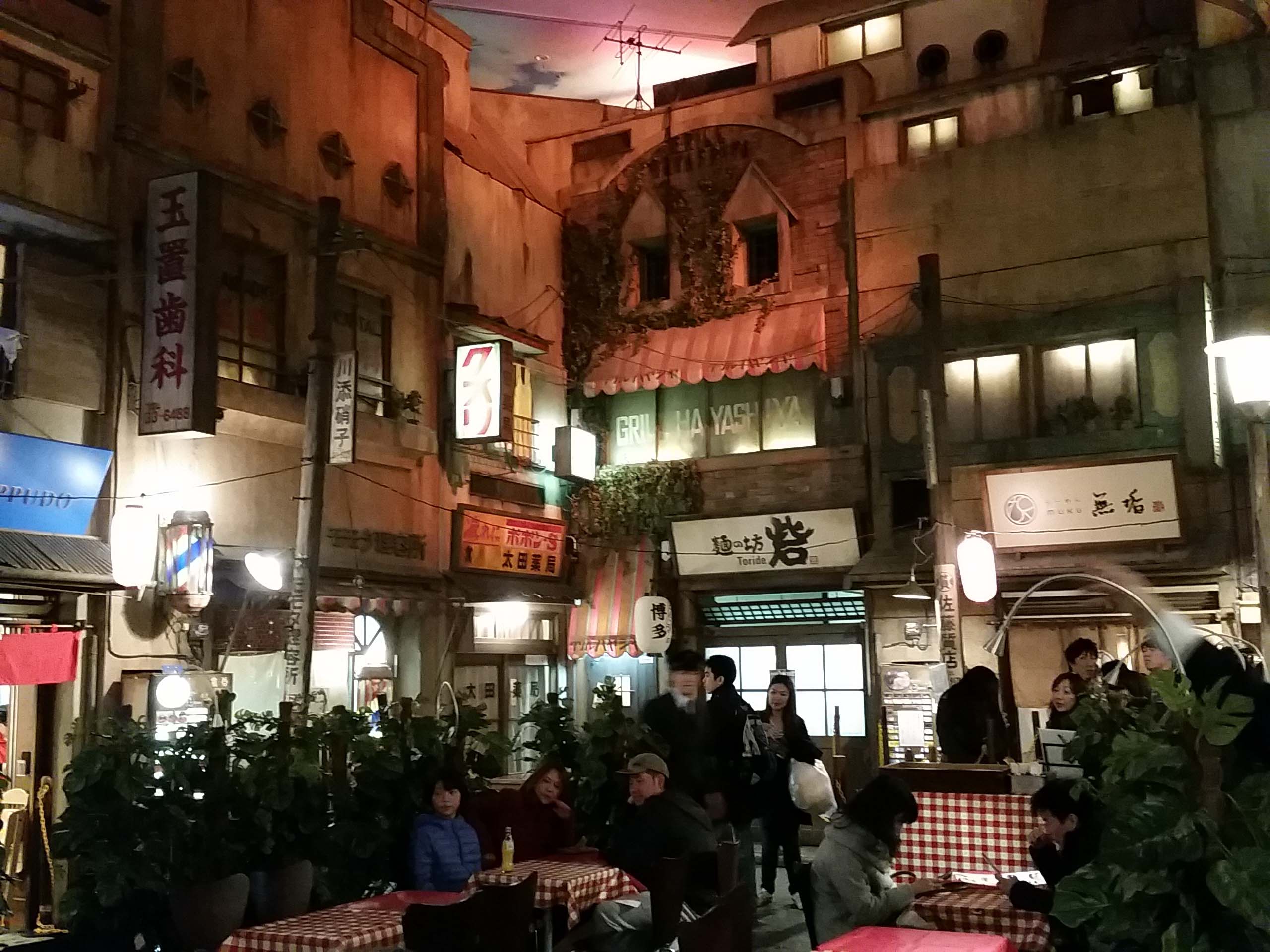 Step into Tokyo of the late 1950s at the Shin-Yokohama Raumen Museum.

Earlier this year we had the opportunity to visit the Shin-Yokohama Raumen Museum south of Tokyo, and it was an amazing experience. It’s a crazy re-creation of a Tokyo neighborhood circa 1958 (I was born in Tokyo in 1957) forever preserved in a dusky twilight, and everything about the storefront facades and billboards reminds me of my childhood. The museum isn’t just for show — it features eight of the best and best-known ramen shops from across Japan serving small bowls of their local specialty. We had a great time pigging out!

The museum is a reflection of Japan’s reverence for ramen as a cultural heritage (even though its origins were in China), and nearby in Yokohama there’s also a museum dedicated to Instant Ramen. We’ll have to visit that one next time we’re in Japan.

If you’re lucky, you live in a city where ramen has always been part of the culinary scene, or the ramen fad has already caught on fire. Denver isn’t exactly a ramen hotbed yet.

We’ve tried ramen at places that don’t specialize in the dish, or are run by people who aren’t serious rameniacs, but looking to ride the coattails of a fad. The noodles are never quite right, the soup can taste like dishwater, and the ingredients simply are obscene… really, broccoli atop a bowl of ramen? Or the ramen noodles are served in what tastes like udon stock broth made with katsuobushi (bonito flakes). Yuck. Fine for udon, but don’t try to bamboozle us by tossing in different noodles and calling it ramen.

Whenever we’re in California we try the recommended ramen places. A personal fave in San Francisco’s Japantown, not great but the always dependable Iroha, closed this past year but has been replaced by a very good shop, Ramen Yamadaya. I also always visit a couple other shops in San Francisco’s Jtown: the tiny (and often very busy) Suzu Noodle House and Tanpopo beneath Yamadaya, which has been there for a long time, is pretty good too.

Los Angeles has a bunch of great ramen places, many which have opened in the past few years. Some are over-rated and filled with hipsters who don’t know better (Uncle in Denver is one such hipster hangout; I’m mystified why it’s so popular). In LA’s Little Tokyo, Daikokuya with its yellow awning always has lines outside. But look closer and you’ll see very few Asians in line and even fewer Japanese. Not that Asians are the arbiters of quality or even authenticity, but the crowds in that place don’t know better.

The food’s OK, but just a few doors down is a place I’ve liked much better for years, San Sui Tei, which is owned by a Chinese man who ran a ramen shop in Japan for years before coming to LA. The service can bog down when he’s busy (it’s just him and several helpers who’ve been with him every time I’ve dined there), but the fried rice is heavenly and the tonkotsu broth is rich and savory. He’s just nicer than Daikokuya, where you feel rushed because there are 20 people outside waiting for your seat.

Now I have a new favorite place for ramen in LA’s Little Tokyo. On a recommendation from a Japanese friend in Denver, I tried Men-Oh, which opened in 2012 in a strip mall a couple of blocks from Daikokuya and San Sui Tei (in Honda Plaza, the same place as my favorite Hawaiian breakfast joint, Aloha Cafe!). I had their specialty, Tokushima Black Garlic Ramen with Gyoza and it was amazing. Really. It rocked my world.

That same trip, I also had a very good tonkotsu ramen at Ramen Yamadaya in Torrance, an LA suburb (you can find photos of a lot of these meals on my Instagram). It’s one of the locations of the same California chain that I enjoyed in San Francisco. And I’ve had good ramen — or rather, ramen that I liked — at other places around LA, including Shin Sen Gumi (a chain I first enjoyed inside a Marukai market) and Orochon, which has a silly challenge as a gimmick. If you can eat a 2.2-pound bowl of their extra spicy ramen in 30 minutes, you get a t-shirt and your photo on their wall (but you still have to pay for your ramen).

You can also find delicious reliable ramen if you live near a Mitsuwa market, because most of them have a Santouka ramen-ya in their food court. I’ve had Santouka, a popular chain from Japan, in New Jersey and San Diego, and it’s pretty great.

But now that ramen’s catching on stateside, beware the rise of hipster noodle joints. On earlier LA trips, I’ve tried Tsujita, a super-trendy place in the already-trendy Sawtelle Japanese district. The place is famous for tsukemen, in which noodles are served separate from a bowl of concentrated dipping soup, and for its tonkotsu ramen. I’m not a big fan of tsukemen – I like my noodles swimming in hot soup – and I don’t care for Tsujita’s tonkotsu. It’s too fatty, and I felt like I’d been French-kissing a can of Crisco shortening after I had the ramen.

One person’s greasy kiss is another’s orgasmic foodie experience, though. A lot of people like Tsujita and yes, Daikokuya. Ramen is truly a subjective, individual taste. For all I know, some of the ramen that I think are awful might taste great to someone from Japan. I don’t think so, but it’s possible…. I may not like them all, but at least in LA I have the choice of many recommended places for ramen!

In comparison, for years Denver was a dry, barren desert for ramen lovers.

Not long ago only a couple of places served the stuff, including one, a lonely American branch of the Japanese Oshima Ramen chain which was too far ahead of its time. When it opened 15 years ago it was the only place serving ramen in Denver — hell, probably anywhere in Colorado. It started promisingly, though the bowls were too expensive for back then. The noodles were housemade with flour flown in from Japan, and the broth was carefully simmered and lovingly nurtured. But the original owner sold the place, and in the ensuing years it deteriorated into a dirty eatery serving second-rate soup and what tasted like characterless store-bought noodles. Oshima finally gave up the ghost in 2014 just as a new generation of real ramen restaurants began simmering on the local culinary community scene.

I first got hopeful in 2009 and wrote optimistically about the emerging scene. Of the places I mentioned in 2009, most are already gone. Bento Zanmai in Boulder and Taki’s in Denver are both closed. Likewise Happy Noodle House, a trendy shop opened by serial Boulder restaurateur David Query (nope, not Asian) that shut as soon as he thought the fad was over. Frank Bonanno’s pan-Asian Denver bistro Bones still serves their lovely Lobster Ramen, but it’s pricey and for special occasions, not as work-a-day comfort food. It’s been a while since we’ve been there, but we still love Okole Maluna, the Hawaiian restaurant north of Denver in the small town of Windsor. They make the Hawaiian-style ramen called Saimin, which of course has slivers of Spam on top of the noodles.

Some of the local restaurants that serve ramen today are decent and hit the spot if you’re really looking to slurp some noodles. Here are some that serve one or more types of ramen; I’m listing the new hot spots lower down:

Denver does now have several new and legitimate ramen-ya, though — places that focus on ramen as their primary mission. My current local ramen-ya faves are Tokio in downtown Denver; Osaka Ramen and Tengu, both sort of fusion/contemporary in the RiNo district; and for now, the best, Katsu Ramen in Aurora, a Denver suburb. Here’s a rundown:

The future’s bright for Colorado’s ramen lovers. But even if the scene cools down, I know I can always find great ramen on the coasts… and I never turn down a chance to have ramen when I’m in Japan!

NOTE: An earlier (and much shorter) version of this post ran in my “Nikkei Voice” column in the Pacific Citizen, the national newspaper of the JACL.