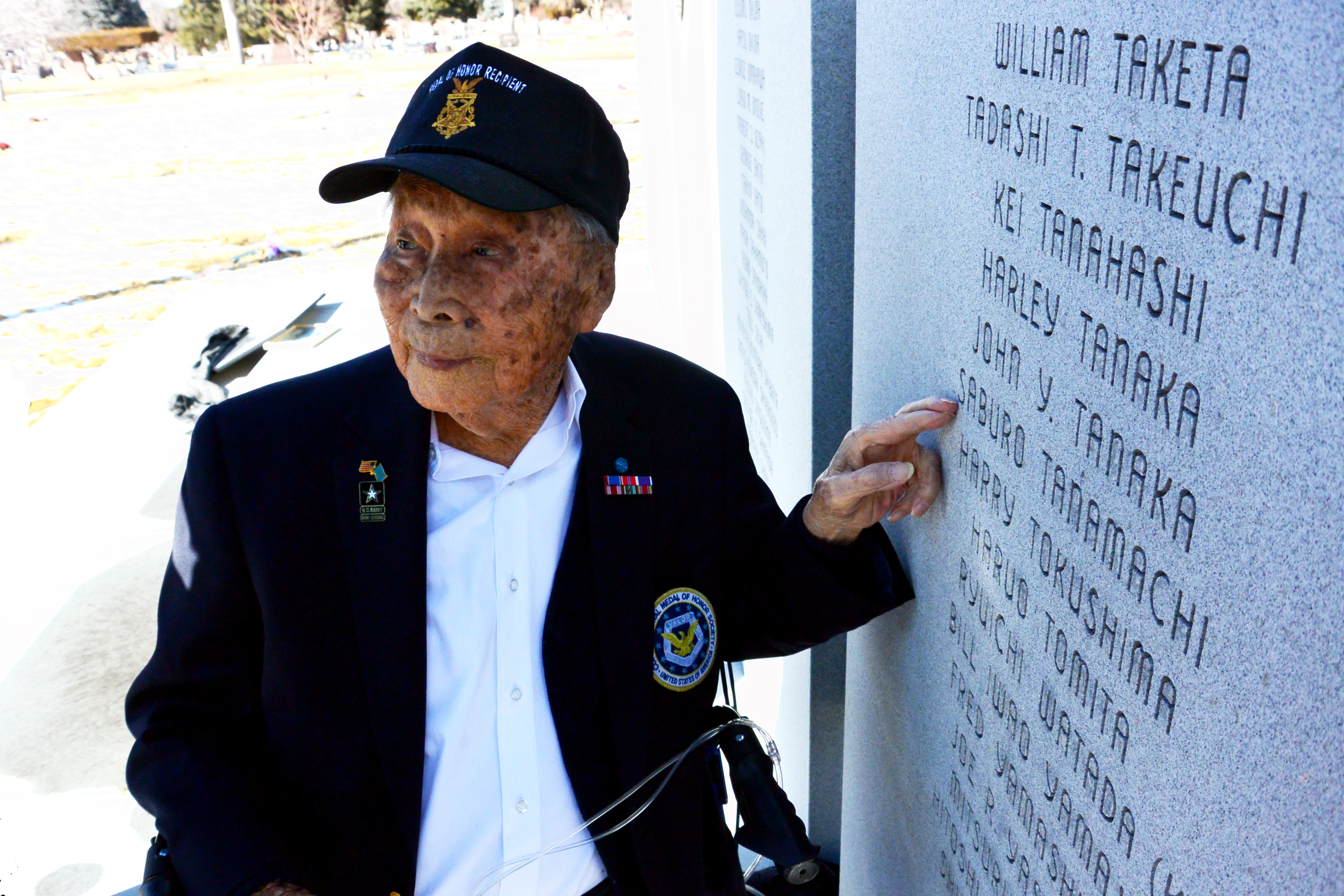 “We were fighting prejudice in the States … and fighting the Germans in Europe,” he told Arakawa in 2013.

The last time I saw Joe (he preferred everyone call him Joe) was during the annual Japanese American community’s Nisei Veterans’ Memorial Day Service at Fairmount Cemetery, where a memorial to Nisei veterans was built to honor not only the WWII veterans but also all local deceased JA vets since then. My father’s name is included where non-WWII vets are honored.

Joe Sakato always attended the service accompanied by his daughter Leslie, but he was in poor health earlier this year, so I don’t think any of us expected him to show up this year.

But shortly after the speeches began, there he was, with his daughter at his side. As always, Joe got special recognition during the memorial service. You can read a terrific profile of Joe on the Discover Nikkei website, provided by Densho: The Japanese American Legacy Project. 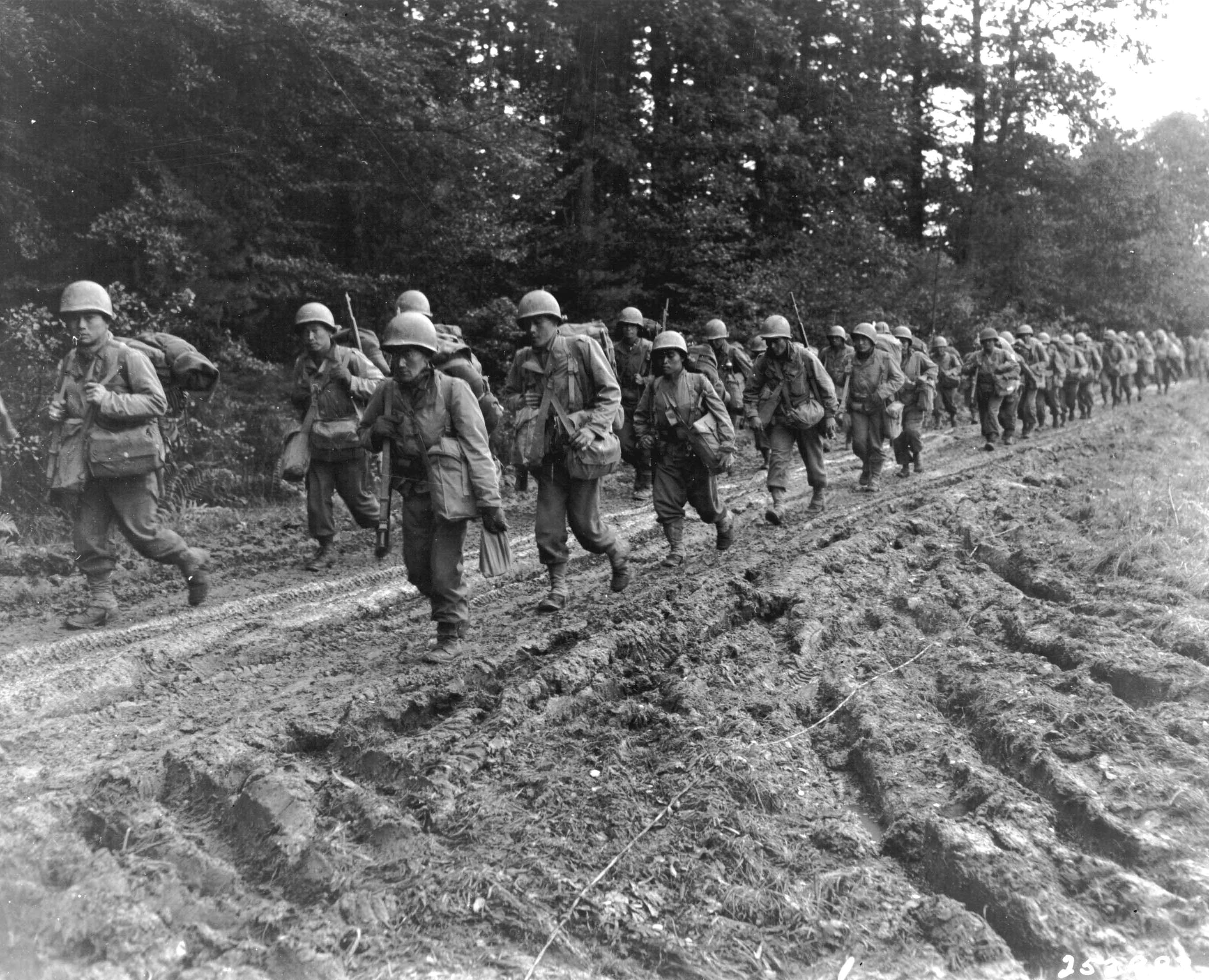 Joe Sakato is second from the front in the left row in this WWII photograph of the 442nd Regimental Combat Team. (click for full image)

In 2014, Erin and I helped Corky Lee, a New York-based photographer who calls himself the “undisputed unofficial Asian American Photographer Laureate” (the title fits), meet and photograph Joe for his collection of notable Asian Americans and Pacific Islanders. We met Joe and Leslie at the Nisei War Memorial, and he pointed to a name, Saburo Tanamachi, on the WWII section of fallen heroes.

Joe often told the story of how his friend and squad leader Saburo, who had earlier received a Silver Star for bravery, died in his arms after being shot by a Nazi soldier during the harrowing battle to rescue the “Texas Lost Battalion” in the forests of France in the waning days of the war. The 442nd, mostly Japanese Americans, suffered 800 casualties to save 200 Texans who were hopelessly trapped. When his friend crept forward to aid a wounded soldier and was fatally shot, Joe became enraged and charged up the hill, and killed 12 Germans, wounded two and captured four.

Every time Joe told that story, he choked up as if the memory was from just yesterday. It was for that battle that he was honored with the Medal of Honor. 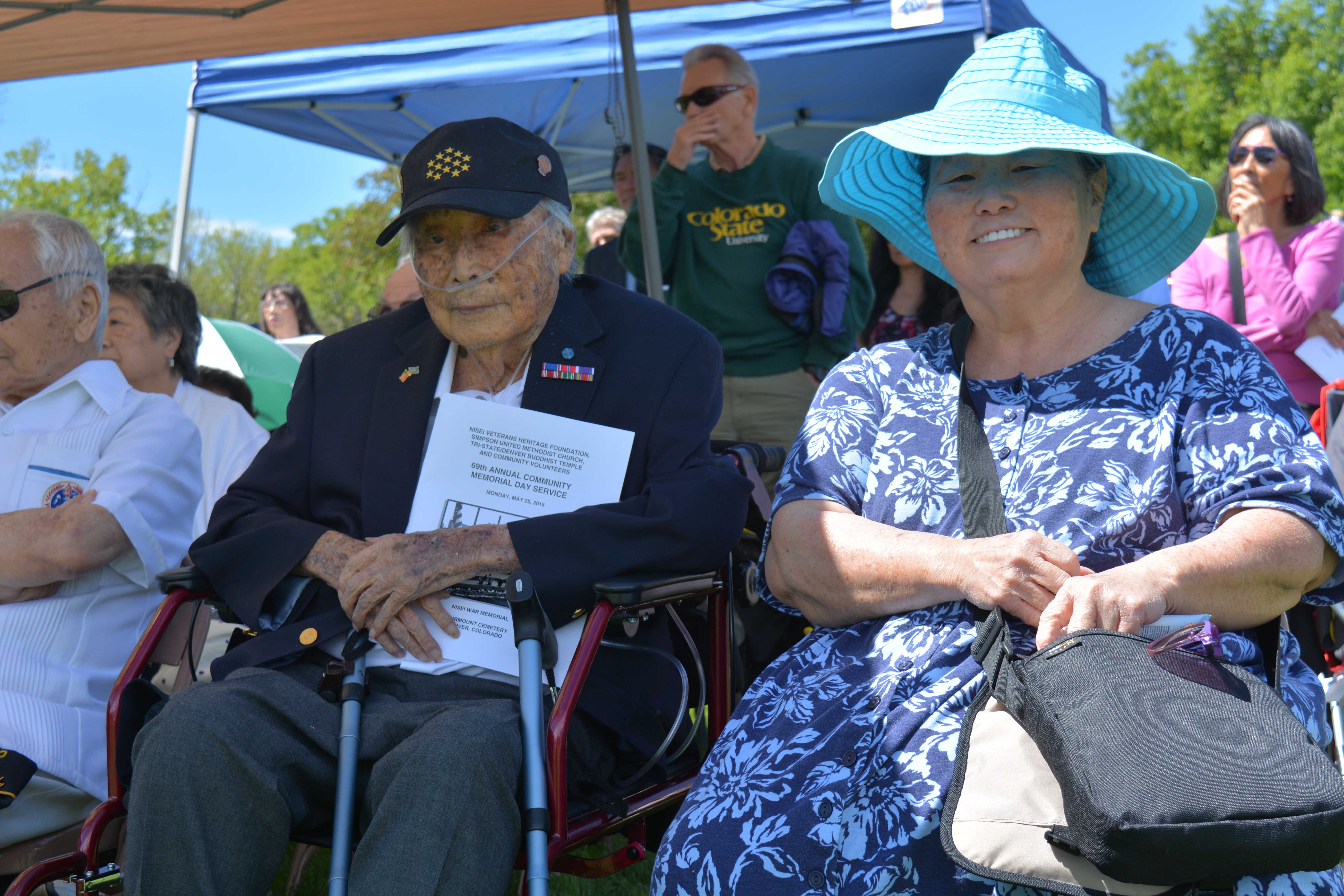 Joe and his daughter Leslie Sakato at the 2015 Memorial Day service for Nisei Veterans in Denver. (click for full size)

He was also included last year on a commemorative stamp from the US Post Office celebrating Medal of Honor recipients. The New York Times ran this obituary today about Joe.

Anyone who knew Joe will miss his irrepressible spirit and good humor. With Joe’s death, another Nisei — second-generation — hero has passed on.

But we should remember all of them for their heroism and honor their memory as Japanese Americans move forward into fourth, fifth and even sixth generations. We owe them a debt of gratitude for what they accomplished in the past, to help our community thrive today and in the future. 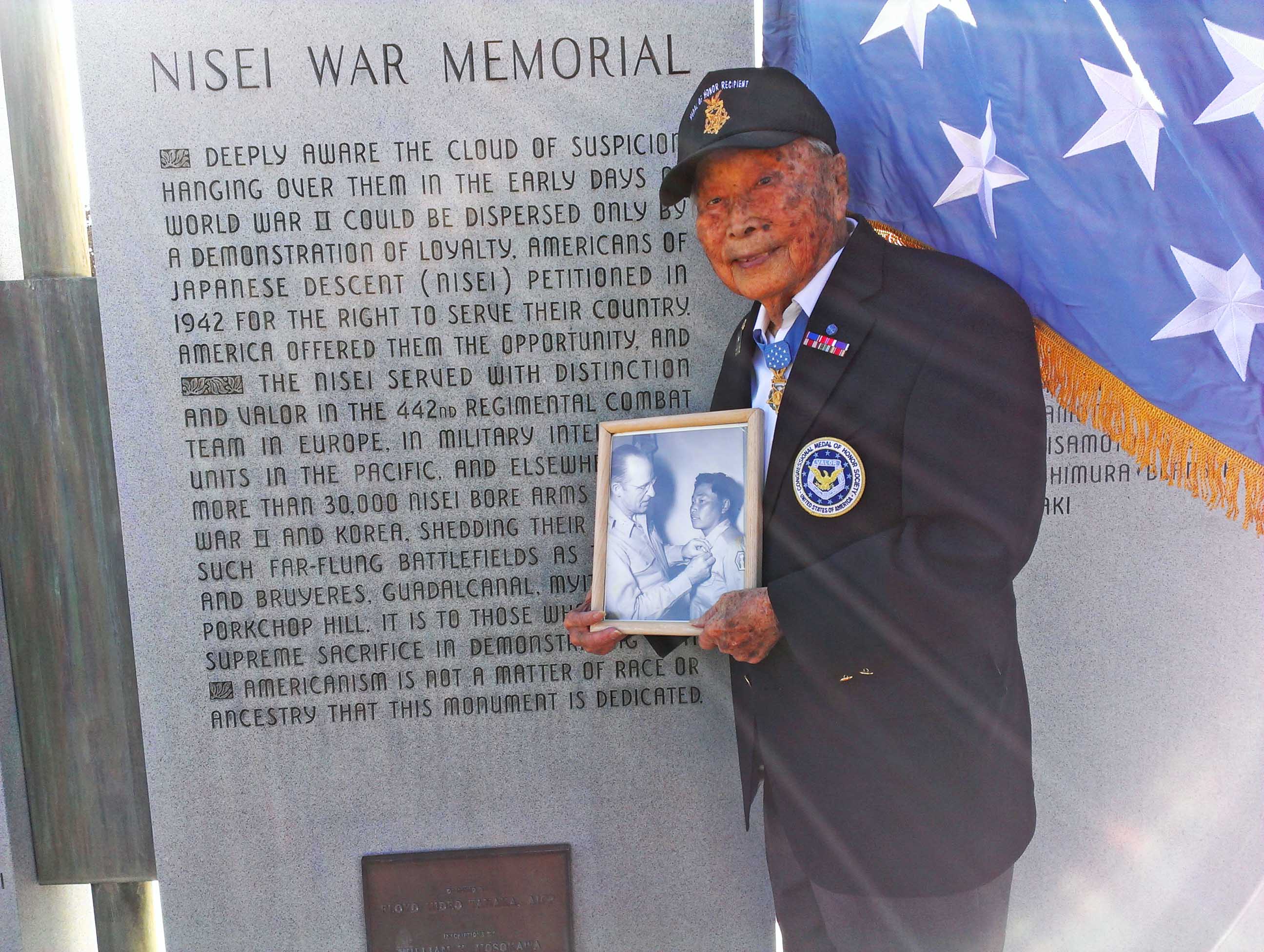 Joe Sakato at the Nisei War Memorial in Denver, taken during a March, 2014 photo shoot. He’s holding a photo of himself being awarded the Distinguished Service Cross.

Here’s a video produced by the Medal of Honor Foundation about Joe Sakato’ heroism:

Sakato, George from Medal of Honor Foundation on Vimeo.

Here’s a tribute from the Japanese American Veterans Association.