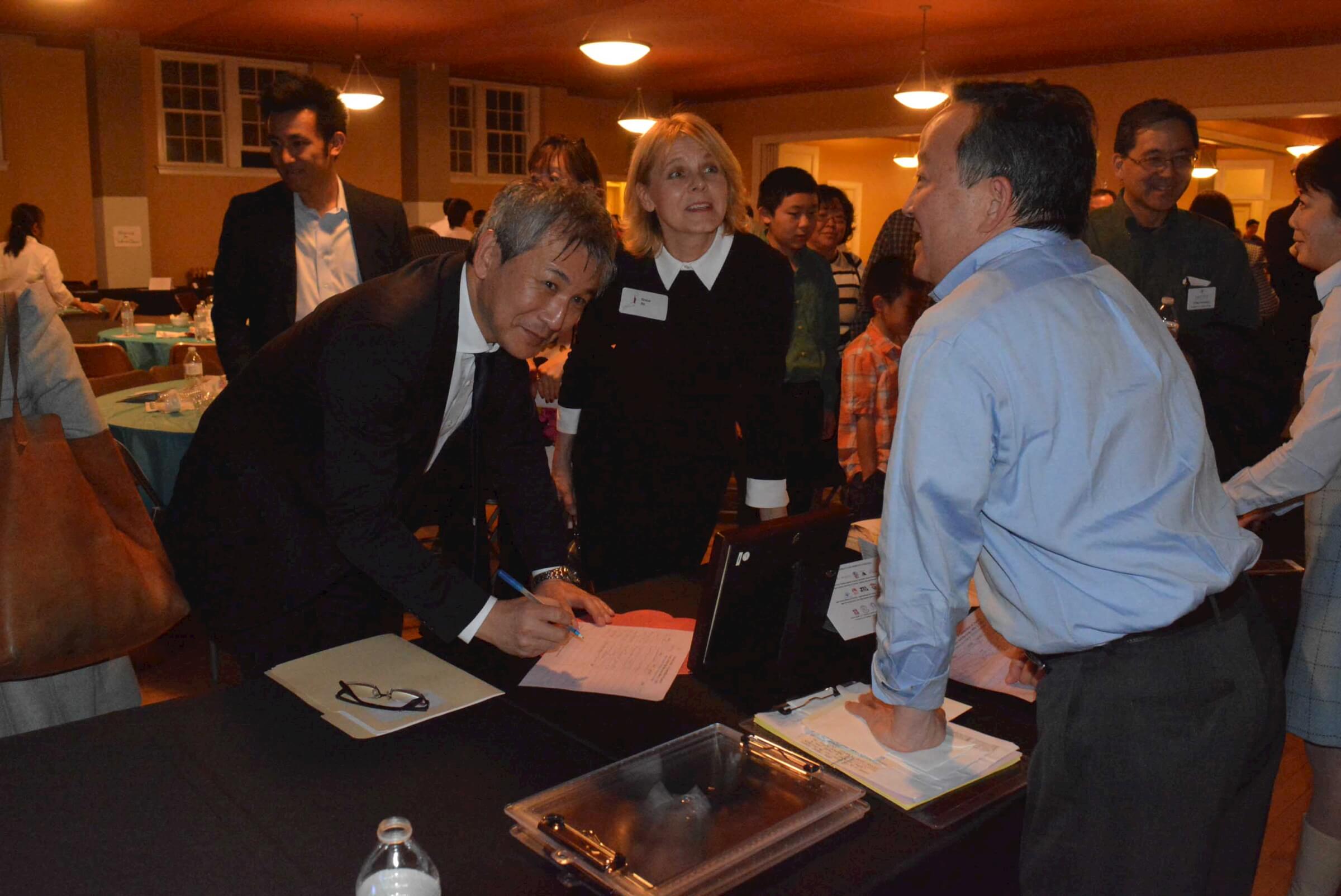 It was awful, but the immediate aftermath of the disaster brought a heartwarming wave of sympathy and offers of aid from all over the world. Even in Denver, where there is a small Japanese American and even smaller Japanese community, a number of fundraisers were held including, believe it or not, a night of hip hop dance performances. After a significant amount of money was raised, the Japan America Society of Colorado dispatched a board member directly to Tohoku to hand a combined check to the organizations on the ground that were helping victims. We didn’t want any of the money being skimmed off by big charities’ administrative costs.

On the first anniversary of the disaster, the Consul General of Japan at Denver, Ikuhiko Ono, who had just arrived the previous fall, held a reception for the local community to thank Coloradans for their generosity, and shared an amazing concert of taiko music by Matsukawa Kyougaku, a group of mostly young musicians from western Japan who were on a “Thank You” tour of America.

It’s hard to believe it’s already been five years since that night.

This year, the current Consul General of Japan at Denver, Makoto Ito, wrote a powerful op-ed column echoing the continuing gratitude of Japan for the support that followed the disaster. He also gave a moving thank-you speech at an event that was a first of sorts, a first that I can recall, anyway.

This list is worth noting because these organizations have never partnered together before that I know of. Not that they don’t work together, but they’ve never had an event for a cause that they all supported equally. And they united because of the community’s ongoing support for the Tohoku regions and the victims and survivors of the 2011 disaster, even five years later.

I was honored to emcee the event, which brought a full house. It was a fundraiser but a low-key one. Money was raised through a very low ticket price that got people in the door and allowed them to eat some delicious food, hear some speeches and presentations about the state of rebuilding in Tohoku, and hear one emotional performance at the end. And people were invited to purchase some very affordably-priced jewelry from The Nozomi Project (nozomiproject.com), which creates beautiful necklaces, pendants, bracelets, and even bookmarks from shards or broken ceramics found in the rubble left by the tsunami. It’s heartbreaking to think that these pieces came from some family’s table settings or heirlooms, but it’s heartwarming to know they’ve found new life and the proceeds go back to the region’s rebuilding.

Attendees were also invited to donate directly to Tohoku organizations at a table, and at each dining table there were pieces of paper and pens for people to write messages of support for people in Tohoku, which would be distributed through the organizations we were helping that night. 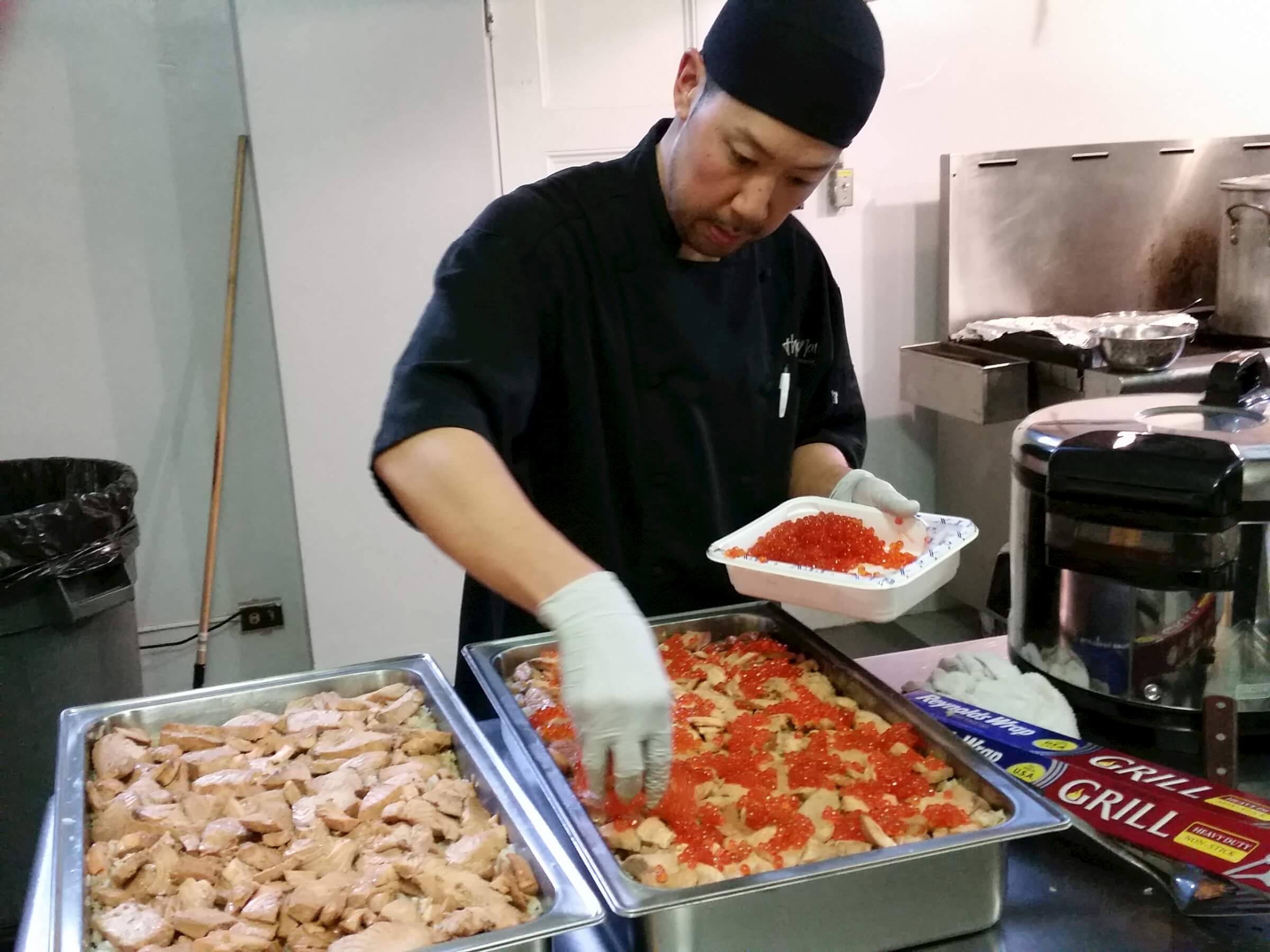 Chef Jun Nakajima, who runs a catering company called The Sushi Man, served a special dish from the Tohoku region, Harako Gohan, which had rice seasoned with dashi soup base, layered with salmon filets and topped with ikura, salmon roe. It was amazing.

Even the food at the event was special. The sushi was made by a chef from Colorado Springs, Jun Nakajima, who runs a catering company called The Sushi Man. He also made enormous trays of Harako Gohan, a Tohoku specialty made of rice mixed with dashi soup seasoning, then layered with cooked salmon filets, and topped off with salmon roe, or ikura. It was heavenly, truly heavenly. It turns out the salmon and ikura were donated by a local distributor, Asahi Foods, so as emcee, I thanked Charlene Thai, the general manager of Asahi Foods as well as Nakajima for the inspirational vittles.

The main part of the evening was a presentation by Mio Yamamoto, a young Japanese-born woman who lives in Boston and was inspired to go to Tohoku to help in the aftermath of the disaster. She now splits her time between Japan and Boston, and is Managing Director of World in Tohoku (worldintohoku.org), an innovative venture-funding source that supports social entrepreneurs in the disaster-affected region. The organization’s mission, she explained, is “to connect social entrepreneurs (in the Tohoku region) with global citizens who invest in Japan’s potential.” 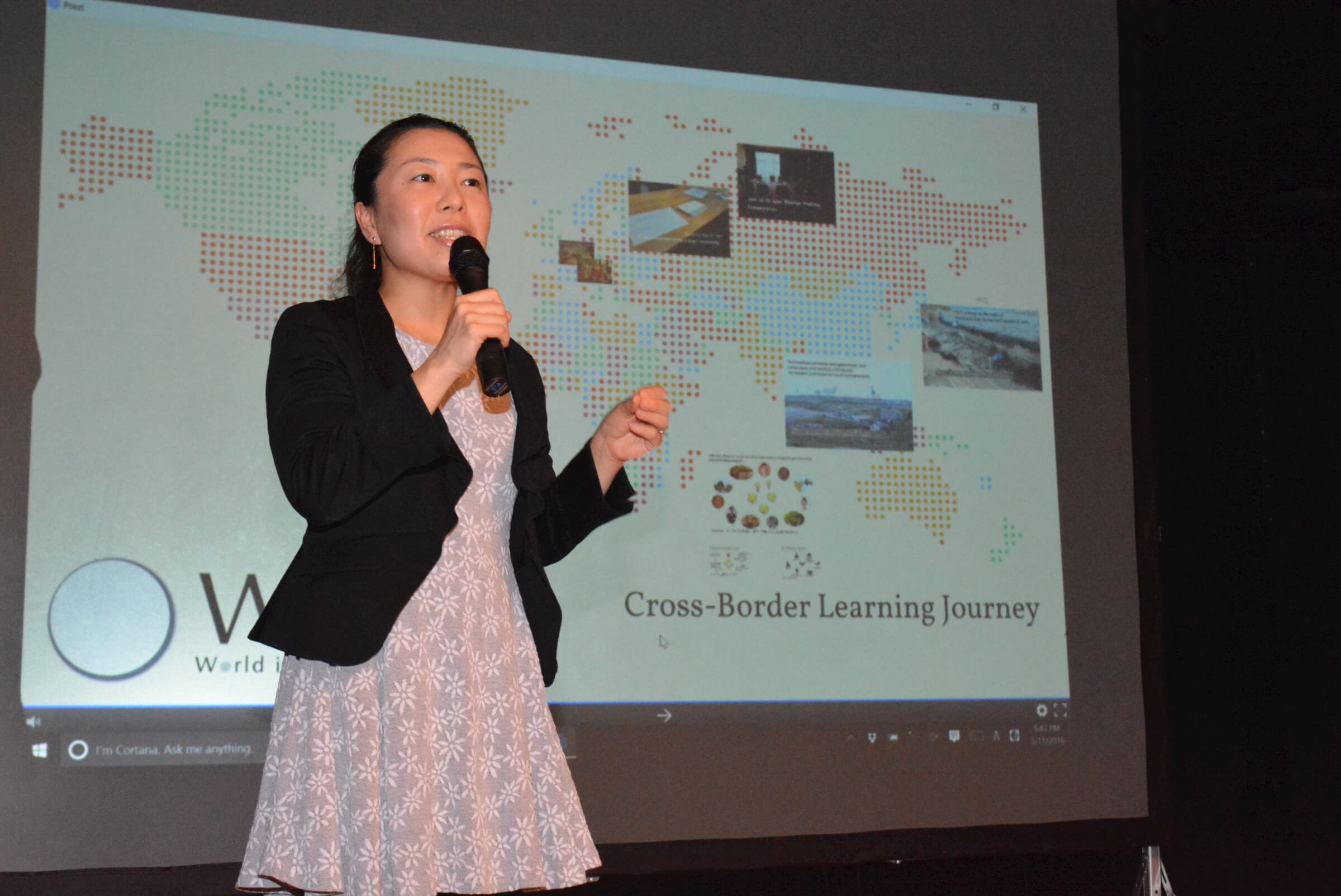 Mio Yamamoto of World in Tohoku

WIT is currently funding cool projects including a distance learning platform to help people break the cycle of poverty; a non-profit training people to cultivate millet; and an organization that gives the elderly preventative medical care.

After Yamamoto explained some of the great work her organization is helping fund in Tohoku, the evening closed with a moving performance of one song, “Hana wa saku” (“Flowers Will Bloom”), which was written in the wake of the disaster as a tribute to the victims and survivors. It was sung by 20-plus member Sakura Chorus Mile High, which was just formed a few months ago, and this was their first-ever public performance. They nailed it.

If there is one positive thing in the aftermath of the earthquake and tsunami, it’s that the tragedy has left a legacy of friendship and support between the United States and with the country of my roots. I just hope none of us has to live through another tragedy like that again in our lifetime. 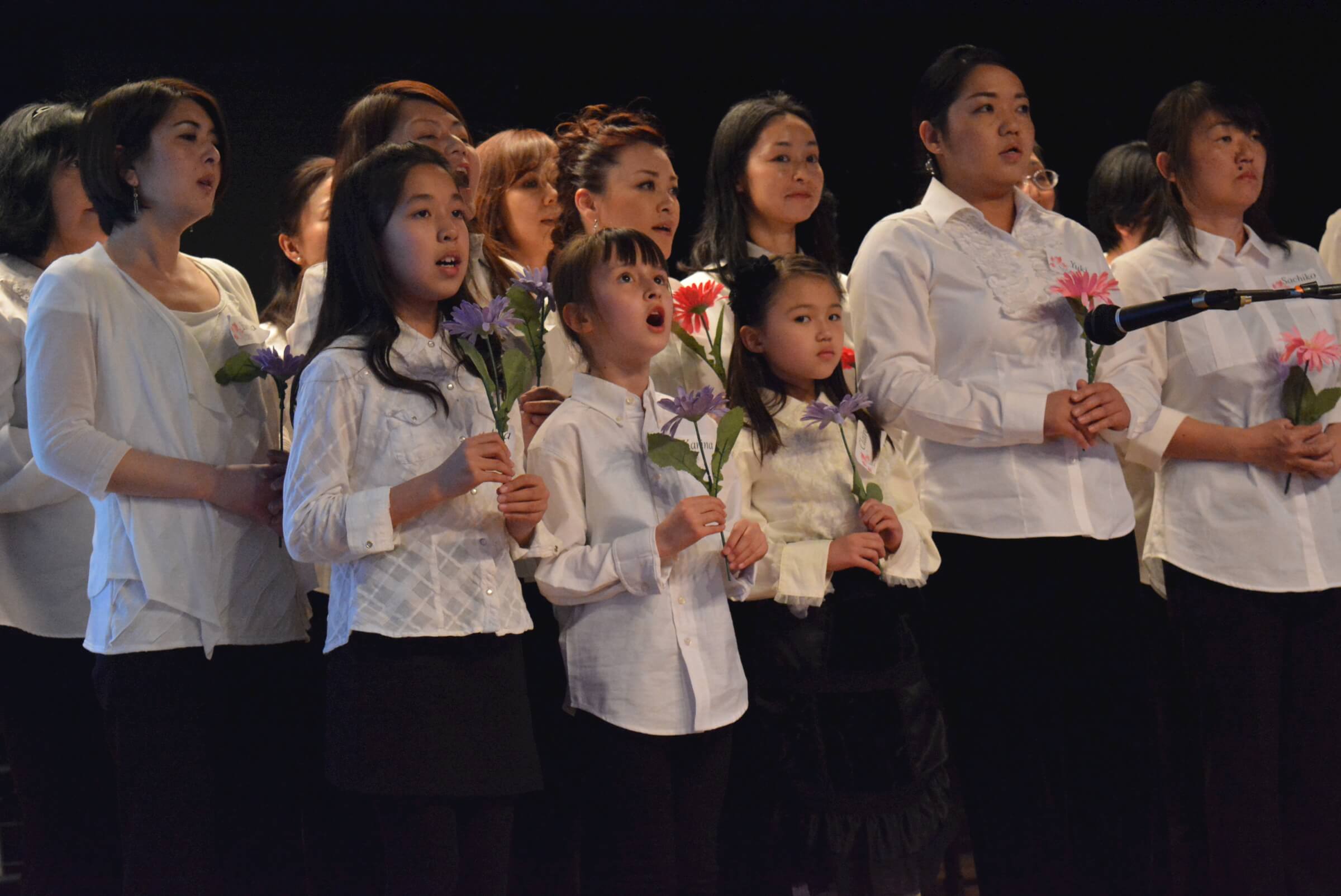