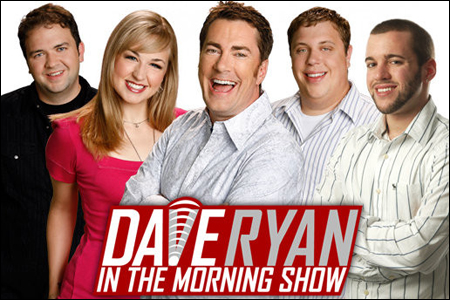 Via Angry Asian Man: Look at this nice-looking, monochromatic morning show team and tell me you’re not surprised that they came up with a racist parody of an Eric Clapton song that stereotypes the Hmong, a population that’s concentrated in the Twin Cities area.

I dare you to listen to the song and not be disgusted, saddened and appalled.

Here are the lyrics:

No room for a couch
‘Cause we sleep on the floor
One big group of Vangs
Hmong family of twenty-four
Kids work in St. Paul
Hang out at the mall
‘Cause I know they dwell so well
Thirty Hmongs in a house

Hmongs get pregnant early
First baby at 16
Seven kids by 23
Over the hill by 30
Like sardines they live
Packed in a two-room house with the kids
But you know they age quite well
They be Hmongs.

Contact the station and let them know this racist tripe is unacceptable.

UPDATE: Here’s what the station sent me tonight after I submitted a comment to the station expressing my disappointment in the parody:

KDWB-FM and the Dave Ryan in the Morning Show are very proud that members of the Hmong community are some of our most loyal listeners and fans.
Our listeners understand that The Dave Ryan in the Morning show is a comedy show meant to entertain, and that much of its content is parody. While we’ve received positive feedback from many Hmong listeners who let us know that they found the song in question very humorous, we apologize to anyone we may have inadvertently offended, as this was never our intent.

We appreciate the support we continue to receive from all of our listeners.

The Dave Ryan in the Morning show
101.3 KDWB
Minneapolis/St. Paul

It’s a typical non-apology apology, and I wonder if the station has any Hmong fans, and if they really expressed positive feedback.

(Cross-posted from my Posterous blog)

What really disturbing is that this kind of garbage never stops, and every couple of years some shock radio team somewhere pulls out a racist parody because they think it’s funny. Here’s one of the most egregious examples, from 2005 following the Indonesian tsunami that killed 200,000 people, when New York City’s Hot 97 produced a song that used “Chinks” and “Chinamen” in the lyrics.

Really, why is it that Asians are such easy targets for this crap? Is it because we’re seen as compliant and don’t complain loudly enough? Would these parodies fly if they were about Hispanics, African Americans or, god forbid — European Americans?