10 May Asian Americans eat unhealthy food and get supersized to fit in, shed their immigrant identity 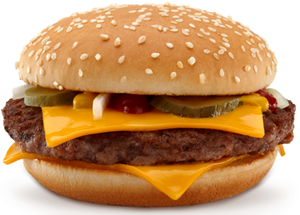 Immigrants to the United States strive to gain the American dream…. and manage to gain American weight at the same time. It makes sense if you think about it: You want to fit in as a newcomer to the U.S., and you know the clichÃ©, “when in Rome do as the Romans do” — you eat like people in Peoria or Poughkeepsie.

It’s not just the high-calorie, high carb, high-sugar diet of Americans, it’s that immigrants embrace this diet with gusto to prove their American-ness. According to an article on Futurity.org, “Immigrants get supersized in U.S.,” a study published in Psychological Science that compared Asian Americans with white college students found some facsinating data about their childhood food memories:

Sixty-eight percent of the Asian-American respondents recalled food-related insecurities around white peers while growing up, like awkwardness about using chopsticks and the custom of eating all parts of the animalâ€”chicken feet, fish eyes, and pork head. Only 27 percent of white respondents remembered embarrassing food practices from childhood.

The study also focused on Asian Americans’ sense of identity:

Then, the researchers measured whether the threat of not being identified as American had an influence on food preferences. To trigger this threat, a white experimenter asked half of the participants, â€œDo you speak English?â€ before beginning the experiment. Then the 53 participantsâ€”all English-speakers and a mix of whites and Asian-Americansâ€”wrote down their favorite foods.
Inquiring about English skills prompted 75 percent of Asian-Americans to mention a typical American food as their favorite compared with 25 percent of Asian-Americans who had not been asked if they spoke English. White participantsâ€™ lists of favorite foods did not differ whether the experimenter asked if they spoke English or not.

Actual eating habits were affected, too. In a follow-up study, 55 Asian-Americans were asked to select a dish to eat from local Asian and American restaurants. Before making this selection, researchers told some participants: â€œActually, you have to be an American to be in this study,â€ as a way of threatening the participantsâ€™ American identity.

The root of the problem is social pressures, not that immigrants lack self-control when eating, Cheryan says. â€œIn American society today, being American is associated with being white. Americans who donâ€™t fit this imageâ€”even if they were born here and speak Englishâ€”feel that pressure to prove that theyâ€™re American.â€

Even though I was born in Tokyo and moved to the States when I was 8, I was different form a typical immigrant because my dad was in the U.S. Army and we attended schools on U.S. military bases, where we had hamburgers and other American fare.

But I have to admit, when we moved to northern Virginia in 1966 and saw our first American fast-food chains (which didn’t expand into Japan until the 1970s), we thought McDonald’s, Hardees, Jack-in-the-Box and Geno’s were a taste of heaven. We used to drive miles to Leesburg, the next town over with my brothers and I jammed into the backseat of our 1966 Plymouth Fury and my mom and dad in the front, just to get McDonald’s burgers, fries and (for my mom), Filet-O-Fish sandwiches for a special family dinner out. This was before the Big Mac and Quarter Pounders and “healthy” salads and lattes and everything else they serve now.

So I understand perfectly the attraction of all the delicious but not-so-good-for-you American food to immigrants, and as someone with Asian ancestry, understand acutely the need to work twice as hard to fit in and be accepted as an American. It’s the same reason I learned within weeks to cuss like crazy when I was among my new friends in America — even if I had no idea what some of the words I was spouting meant.

Maybe this is why I’m 30 pounds heavier than I should be, and why I can’t pass up a good burger, brat or Philly Cheeseteak. I’m showing my red, white and blue spirit!