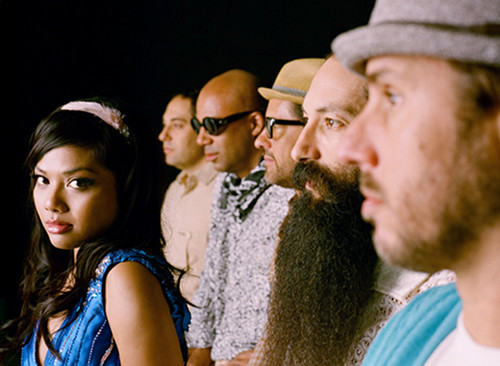 It’s a curious conceit of rock critics that we love being the early adopters who discover great new talent, but we want that talent to stay exactly as we found it, as if the music is some sort of archeological treasure, suspended in amber for the ages. We can’t imagine a musician might continue along an evolutionary progression and grow and mature artistically. Or worse, we dismiss artists we like when they become too popular, as if being adopted by a wider, mainstream audience taints artistic credibility.

I know I’ve been guilty of both. I dismissed Joni Mitchell past “Miles of Aisles” as becoming too arty (as if her earliest, brittle folk gems weren’t also arty to the extreme). I blew off Bruce Springsteen once he sold a bazillion copies of “Born in the USA.” The fact is, most music critics are snobs, and we’re proud of it. Over the years since I “retired” from being a full-time music critic, I’ve mellowed and accepted that I have biases (old-fart biases at that), and see how I blocked out good music by being an obstinate butthead.

So I was surprised when I realized I still fall back on snob instincts with new music from time to time. These days I rarely write about any music unless it’s related to my interests in Asian culture or Asian American community.

I’ve written in the past (here and here), for instance, about Dengue Fever, an alt-rock band from California that was formed by a pair of white brothers who fell in love with Cambodian rock of the 1960s, and found a Cambodian singer to help them meld that sound with surf and psychedelic music.

For years I’ve been intrigued by the band’s globe-hopping musicality and especially enchanted by singer Chhom Nimol’s slinky, elastic vocals, which snakes through melodies with the tonality and scale of traditional Cambodian folk and pop songs.

In a word, though I hesitate to use it because it’s such a loaded symbol of Orientalism, objectifying Asian culture and people, my attraction to Dengue Fever is in large part because of Nimol’s exoticism.

There, I’ve said it.

So I was mildy disappointed at first listen to the band’s new album, “Cannibal Courtship.” The title track, which starts off the album features Nimol on vocals but singing in English and in a downbeat but pretty traditional rock melodic structure. It doesn’t sound … exotic. Then the creepy lyrics dig in my head: “You, you wouldn’t understand. I’m famished for a man,” she sings. “Be my sacrificial lamb.”

The second song, “Cement Slippers,” is a straightforward surf-beat number led by guitarist Zac Holtzman’s deadpan vocals. Nimol joins in on harmonies and alternating verse, but she’s singing in a straightforward rock milieu. When brother Ethan Holtzman’s cheesy Farfisa-sounding keyboards flow in, the band sounds like an echo of the early new wave scene — especially the B-52s — with horns added, thanks to the multi-instrumental talents of brass and woodwind player David Ralicke. Although I’m tempted to dismiss it, the catchiness of the song gets to me, and also the contrast in the words from “here comes the water, here comes the sun” to “My girlfriend loves everything at the beach… except the water, the sand and the sun/My boyfriend loves everything about me except the endless hours of therapy.”

This band is never normal even when I think they’re straightforward.

By the third track, “Uku,” an atmospheric ode to a Cambodian village sung in Cambodian by Nimol, I realize I was being unfair and expecting to hear “foreign” music instead of expecting Dengue fever to grow and evolve like all great artists. I wanted to limit the band — and Nimol — to the original attraction I felt. And worse, I was overlaying a filter of exoticism onto my expectations. I was acting like some icky jerk Asiaphile, musically speaking.

In a not-so-subtle way, I was trying to keep Nimol a “foreigner” even though she’s American. I wasn’t willing to think of her as an Asian American, which is what I write about and think about for everyone else, myself included.

Once I realized my own conceit as a listener, I was cool with “Cannibal Courtship.” Hot, even. It’s a terrific collection.

The album is a pleasure of textures and lyrical range, from the anti-war rocker “Family Business” (with Nimol again singing in English) and “2012 (Bury Our Heads),” a dark apocalyptic track sung by Holtzman, to the spacey instrumental “Kiss of the Bufo Alvarus” and the closing track, “Durian Dowry,” which Nimol sings in Cambodian, soaring above a roiling rhythm bed of hypnotic guitar, keyboards and horns laid alongside thumping bass and drums.

Once I got over myself, I realized damn, this is fine. I look forward to Dengue Fever’s future evolutions, and to Nimol’s continuing growth as a singer. I trust that she’ll always keep a part of her cultural roots in her art, but what’ll be fascinating to follow is how those roots manifest as she continues to embrace the rock and roll roots of the band.

This is a good thing: Before, she was the showcase Cambodian in a peculiarly original band, like a trophy singer. Now, she’s a critical member of a thoroughly original band.