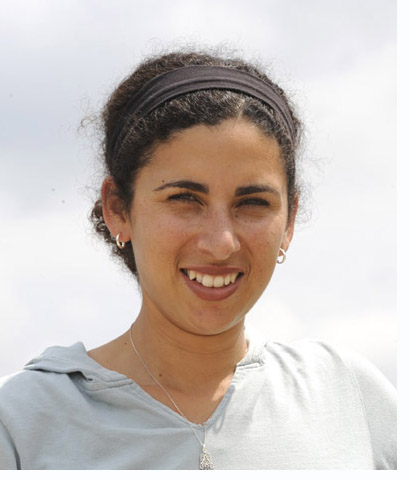 This is disturbing, because in these paranoid and too often hate-filled times, racial profiling is easier than ever to slip into: On Sunday, 9/11, Soshana Hebshi, a self-described “half-Arab, half-Jewish housewife” from Ohio was flying home on a Frontier flight from San Diego that made a stop in Denver. She figured fewer people would be flying on 9/11 and since security was sure to be high, she could feel safe even on the anniversary of the 2001 attacks.

Unfortunately, she ended up being a victim of the atmosphere of fear that has hovered over the U.S. since 2001.

A passenger on the flight told an attendant that Hebshi and the two dark-skinned men sitting in her row (who happened to be Asian Indian) looked “suspicious.” That was enough to warrant an all-out show of force upon landing in Detroit, where her seatmates lived, when the pilot announced that passengers needed to stay seated as the plane was diverted away from the terminal.

Hebshi — who’s a graduate journalism student — wrote an eloquent, detailed account of the ordeal on her “Stories from the Heartland” blog. The story was also covered by the Associated Press.

When the plane landed in Detroit and she looked out her window seat and saw flashing lights, she began doing what journalists do. She started tweeting:

Stuck on a plane at Detroit airportâ€¦cops everywhere

A little concerned about this situation. Plane moved away from terminal surrounded by cops. Crew is mum. Passengers canâ€™t get up.

Cops in uniform and plainclothes in a huddle in rear of plane.

I see stairs coming our wayâ€¦yay!

That’s when she found out the SWAT team was on board to arrest her and the two Indian men (who didn’t know each other before the flight).

Someone shouted for us to place our hands on the seats in front of us, heads down. The cops ran down the aisle, stopped at my row and yelled at the three of us to get up. â€œCan I bring my phone?â€ I asked, of course. What a cliffhanger for my Twitter followers! No, one of the cops said, grabbing my arm a little harder than I would have liked. He slapped metal cuffs on my wrists and pushed me off the plane. The three of us, two Indian men living in the Detroit metro area, and me, a half-Arab, half-Jewish housewife living in suburban Ohio, were being detained.

The cops brought us to a parked squad car next to the plane, had us spread our legs and arms. Mine asked me if I was wearing any explosives. â€œNo,â€ I said, holding my tongue to not let out a snarky response. I wasnâ€™t sure what I could and could not say, and all that came out was â€œWhatâ€™s going on?â€

No one would answer me. They put me in the back of the car. Itâ€™s a plastic seat, for all you out there who have never been tossed into the back of a police car. Itâ€™s hard, itâ€™s hot, and itâ€™s humiliating. The Indian man who had sat next to me on the plane was already in the backseat. I turned to him, shocked, and asked him if he knew what was going on. I asked him if he knew the other man that had been in our row, and he said he had just met him. I said, itâ€™s because of what we look like. Theyâ€™re doing this because of what we look like. And I couldnâ€™t believe that I was being arrested and taken away.

She was strip-searched, and though she was well-treated by the police, homeland security and FBI personnel who questioned her, she was left feeling understandably upset and violated.

This incident made me think of the flap that got NPR host Juan Williams fired, for telling Bill O’Reilly on Fox News that he gets nervous when he sees someone in Muslim garb on an airplane. It doesn’t take traditional attire to get profiled. It could just be your face, or your skin color. The fact that this happened on the anniversary of the 9/11 terror attacks may make it understandable, but it doesn’t mitigate the senseless suspicion and divisiveness that led to the questioning that Hebshi and the two men had to endure.

Anyone of color in America who’s suffered the indignity of profiling, racist comments or hate crimes is familiar with this dynamic. Shoshana’s late father was afraid this would happen to Arab Americans after the 9/11 attacks. That’s why Japanese Americans, led by the JACL, were the first to come out after those attacks to warn Americans not to act in haste against Muslims as a group. Japanese Americans know more than most about the consequences of racially profiling an entire ethnic group during a time of war, since 120,000 people of Japanese ancestry were interned in U.S. concentration camps during World War II.

I wonder if the person who reported the three passengers’ “suspicious” behavior felt sheepish afterwards, or if he or she goes through every day seeing potential terrorists in people everywhere, at work, on the streets and in shops. Apparently, what triggered the report was the two men went to the bathroom in succession, and “an extraordinarily long time.” Hey, depending on what you have to do, it can take time… and when I’m flying I’ll often take a bathroom break right after someone sitting next to me because the row is already disrupted and it’s easier to get up and go. The incident was treated seriously enough that two F-16 fighter jets were dispatched from Colorado to fly behind the Frontier plane as an armed escort — just in case they might have to shoot down the flight?

The many comments on Hebshi’s blog post are also worth reading, because of the mix of empathy and support, as well as criticism (one commenter didn’t believe the story happened). There’s some discussion of a passage in her post where Hebshi notes her police guards are almost all white and listen to country music, and how she decided while in her cell that she hates country music. It’s true that in a way, she’s falling into the profiling mentality herself, equating country music with “shitty beer in coozies and fat bellies and rednecks.”

But she’s writing that as a commentator, based on observation (she also doesn’t say the cops are all rednecks, or even that any one of them are rednecks, but she does describe some of their bellies and flat-top haircuts). Personally, I thought she was right to paint the full verbal picture of her experience through her perspective.

In the end, it’s all about the perspective, and sadly, too many people today see the world through the perspective of paranoia. The person who profiled her and the other two passengers on the plane probably felt justified in reporting their “suspicious” behavior — omg, there are three dark-skinned foreign-looking types sitting together! But reporting fellow passengers isn’t like making comments on a blog. There were real-life consequences to the accusations that led to Hebshi and the others being arrested, strip-searched and questioned for hours.

Sure, one might say that’s the cost of freedom and better to be safe than sorry. But it’s easy to say that when you’re the one who’s left safe and Hebshi and the two Indian men are the ones made to feel sorry.

I’ll add them here as I come across them.