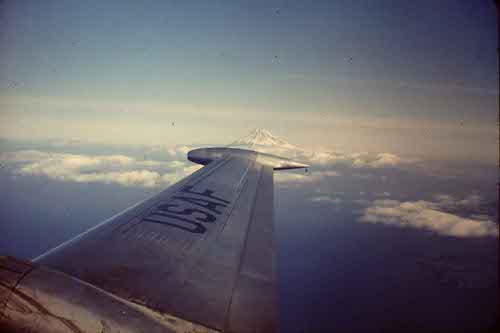 Weâ€™re going to visit â€“ with my mother in tow â€“ and spend money there. Since the dollar is hurting against the yen, weâ€™ll be spending even more money than we originally had expected.

The trip unfortunately will not include the Tohoku region that was devastated by the quake and tsunami (I really want to see the area and its revival). Instead, our itinerary includes a couple of days in Sapporo where my uncle (my momâ€™s brother) lives, and then several days in Nemuro, a small fishing town on the easternmost tip of Hokkaido, the northern island where my mom was born and raised. Then weâ€™ll take a plane south to Tokyo for several days, then south from there on the Shinkansen, or Bullet Train, to Hiroshima where Erinâ€™s family is originally from (and where my family lived for a couple of years before moving to the U.S. when I was a kid). Weâ€™ll finish the trip with a couple of rushed days in Kyoto, the cultural heart of Japan, and fly back after two weeks.

Iâ€™ve found over the years that many Sansei JAs â€“ that is to say, JAs around my (baby boomer) age â€“ I know arenâ€™t that interested in visiting Japan. Most feel uncomfortable because they identify as American, not Japanese, and canâ€™t speak the language. They donâ€™t want to feel embarrassed when strangers or even family members speak to them and they canâ€™t understand.

Plus, as Americans theyâ€™re just as interested in traveling to Europe or Latin America as they might be in traveling to Asia. Or they dream of going to Hong Kong or Beijing more than Tokyo.

Since I was born in Japan and lived there until I was 8, I love traveling back and re-connecting to my childhood memories. It took me decades after our move before I got to fly to Japan again, and the countryâ€™s changed so much that itâ€™s exciting for me to see the evolution of everything from cities and cuisine (there were no McDonaldsâ€™ when I lived there) to language and culture.

But for some JAs, that ever-evolving culture is completely foreign and understandably, distant. I was just speaking with an older Japanese American the other day and mentioning how excited we are about the trip. He looked at me with a puzzled look so I asked if he ever wants to go to Japan. His response was, “Hell no!”

Luckily, Erin is as in touch with her roots as I am â€“ which is surprising since sheâ€™s Yonsei, fourth-generation, whose great grandmother emigrated to the U.S, in the early part of the 20th century pregnant with Erinâ€™s grandmother. Her great-grandparents, grandparents and parents on both sides were imprisoned in concentration camps during WWII.

That internment experience is what forced the break within many JA families. After the war, many families moved away from Japantown areas to disperse and assimilate into the white suburbs. Many stopped speaking Japanese or even cooking much Japanese food. Some even â€“ gasp â€“ stopped taking off their shoes in the house.

Weâ€™re eager to explore our roots, and weâ€™re happy to be tourists since Japan needs very badly for more tourists to visit. Iâ€™ll be blogging and weâ€™ll post lots of videos and photos as we go, to encourage other visitors to book a trip tp Japan.

Erin and I are cramming for the trip by listening to a Japanese immersion series of CDs to boost our vocabulary and grammar (the Japanese rules around he different to count different things is the hardest for me to absorb), and of course, trying to lose weight and look good for the family members weâ€™ll meet.

The first time I went to Japan with my mom, we were picked up at the airport in Sapporo by my uncle, who I hadnâ€™t seen in over 30 years. His first words to me? â€œHa, futoh-ta neh!â€ (â€œHuh, you got fat.â€)

This time Iâ€™m healthier and slimmer, so I’m determined to hear something nicer upon my arrival!

(A version of this post was originally written for the Pacific Citizen newspaper.)