07 Nov When will Asian Americans have an impact on national elections & media coverage? 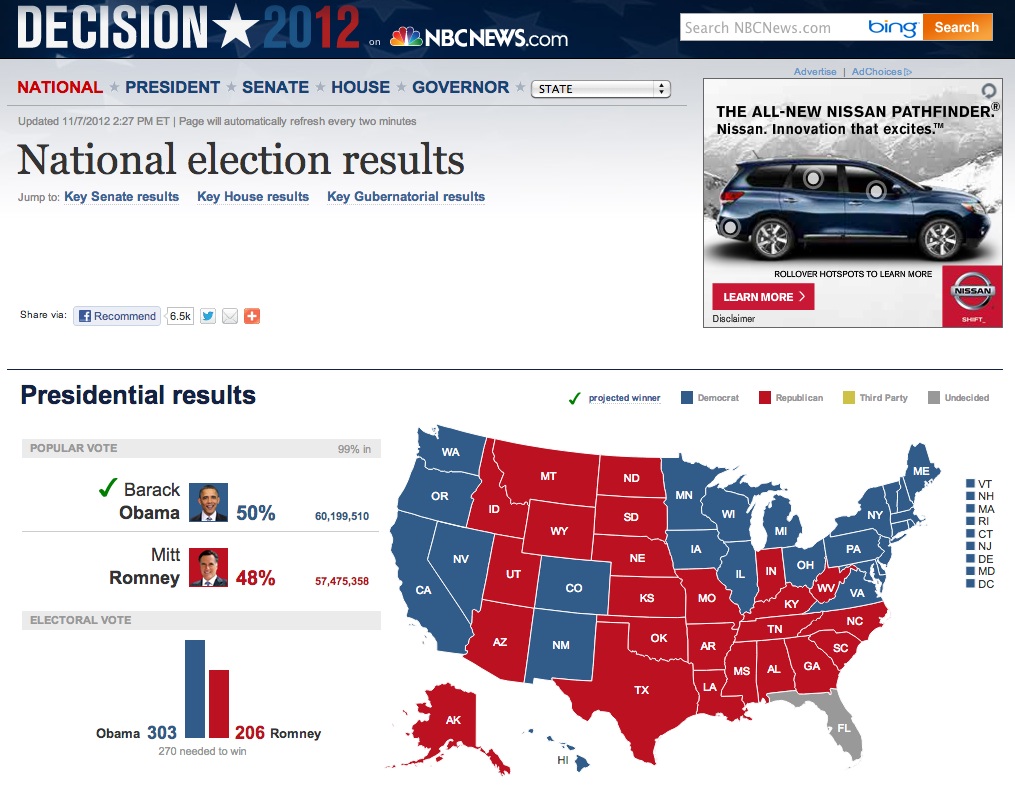 It bugs me that Asian Americans are so often still left out of the national conversation about racial issues, as if we don’t matter. Obviously, given the growth curve of the AAPI community, we will matter in time. But Hispanics will be the population getting the most attention — and wielding the most electoral power — for some years yet.

But we’re taking important steps towards that credibility as a demographic with political power.

The National Journal’s Shane Goldmacher write this excellent piece, “The Power of the Asian-American Vote Is Growing — And It’s Up for Grabs“:

Long an ignored slice of the electorate, Asian-Americans are increasingly flexing their political muscles this year, as candidates and as constituents. Asians, not Hispanics, were America’s fastest-growing minority group in the last decade, and many now live far beyond the traditional enclaves of California and Hawaii. As a result, they are being courted and catered to in key battlegrounds such as Nevada and Virginia. Asian-Americans hold the governorships in the seemingly unlikely states of Louisiana and South Carolina. They are running for Congress in record numbers in 2012.

And, demographers and political strategists agree, it’s just the beginning.

There were a record 21 Asian Americans who ran for office across the country this year (here’s the full list on Reappropriate), and nine of them won, including Tammy Duckworth, the disabled veteran who won her congressional seat from Illinois, and Mazie Hirono, the new senator from Hawai’i. Congratulations to all of the winners, and to all the candidates for being out there and patriotic enough to run in the first place — Asians have to fight our cultural values (and stereotypes) of self-effacement and avoiding attention just to enter politics. 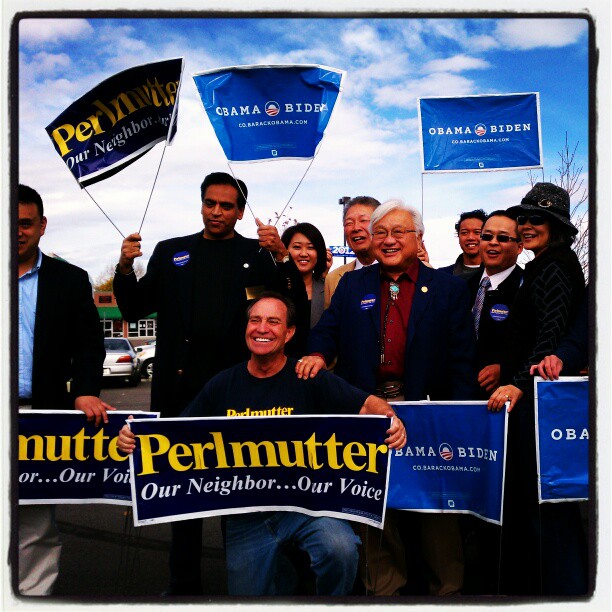 For decades there were fewer than a handful of Asian Americans representing the community on Capitol Hill. Even last week, it was something of an event to have veteran Congressman Mike Honda (D-Calif.) visit Denver to meet with local Asian Americans and campaign on behalf of Obama and Democratic candidates like Ed Perlmutter (my Congressman, who won last night, kneeling in the photo, with Honda to his right).

Getting more Asians involved in politics is a reflection of the growing electorate. It’s cool to see more people that look like me out there, representing all Americans.

For now, the spotlight’s on black voters (13% of all voters) and Latinos (10%), who voted for Obama in overwhelming majorities. Women and young voters turned out in force for the Democrat too — and the youth vote surprised most pundits, who expect fewer young people than in 2008 to vote. White voters are 72% of the electorate, and Gov. Romney’s campaign aimed at and attracted a majority of white voters (especially men, and if you look at the electoral map above, white men primarily in the South). That percentage has been shrinking for several election cycles, and will continue to drop.

Which means no matter who the GOP candidate is in the future, if the party persists on a path of right-wing cultural and social absolutism — the kind that attracts certain white men in the South — the Republicans will be serving a smaller and smaller piece of the American pie.

Let’s face it, it’s not a given that people of color are Democrats. Look at the (hopefully humbled) Republican Congressman Allen West, who looks to be losing his seat as a Tea Party rock star prone to saying crazy stuff like he believes that there are “78 to 81 members of the Democrat Party (in Congress) that are members of the Communist Party.” Crazy stuff, like I said. There are even some up-and-coming Latino stars in the GOP pantheon, including Marco Rubio, Senator from Florida, and New Mexico Governor Susana Martinez.

Within the umbrella of “Asian Americans,” there are way more than 30 separate ethnic heritages who don’t all think alike as a bloc. I know a fair share of Republicans who are Japanese American, Korean American, Vietnamese American, you name it.

But no matter what party we belong to, I look forward to having Asian Americans’ voices having a louder role in the political process in the years to come.

UPDATE: Bloomberg News today ran a story, “Asian Voters Send a Message to Republicans,” on the impact of Asian American voters on the election. Asians turned out more blue than even Hispanics, 73%-26% for Obama. The Hispanic split was 71%-27%.