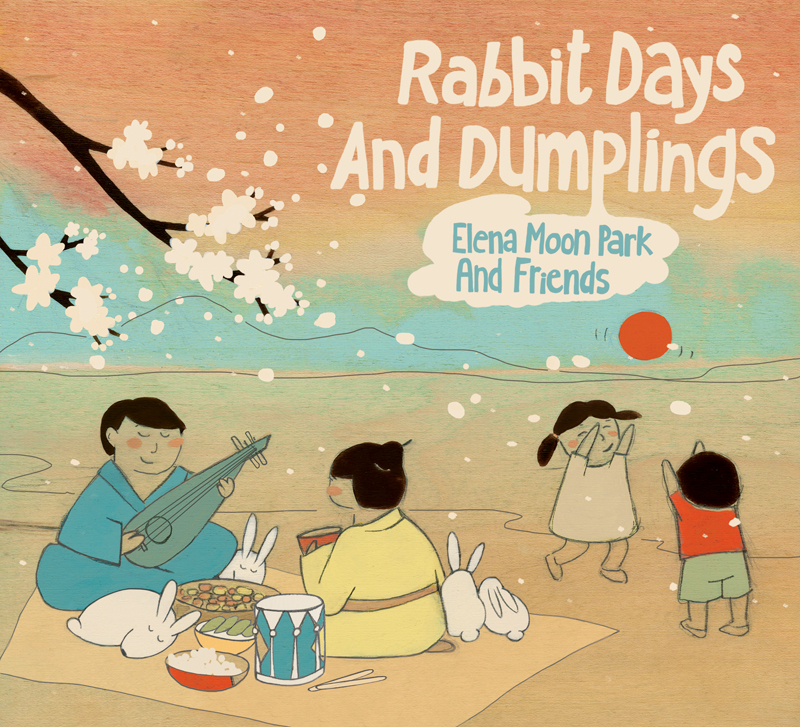 The album is chock-full of such world music mashups of culture while the songs are treated with respect for their cultural origins. On some of the songs, Park brings in guest singers to handle the Japanese, Chinese and one Tibetan song.

“Diu Shou Juan” is a Chinese song that’s goosed by a Dixieland horn section and a kazoo because the melody reminded Park of New Orleans music. The traditional Korean song “San Toki” gets a folk-rock treatment with electric guitar, drums and organ that would be familiar to fans of the recordings of Kate and Anna McGarrigle, especially their second album “Dancer with Bruised Knees” (one of my top-ten albums of all time). “Rabbit Days and Dumplings,” which was funded by a Kickstarter call for donations, is getting enough rotations in my iPod that it’s already one of my favorites.

There are more Japanese and Chinese songs on the collection than other heritages, but Taiwan, China, Korea, Tibet and Okinawa are also represented. The catholic scope of styles and cultures came out of Park’s realization that there isn’t much Asian children’s music available for Asian American families — at least, not recorded in a way that doesn’t turn them into cultural fossils. Playing music for the younger set that doesn’t pander and assume kids don’t want to hear anything cool and contemporary, is exactly what Park and Zanes are all about.

Park, who is Korean American born and raised in Tennessee is a member of Dan Zanes & Friends, playing what he calls “family music.”

I know Zanes from The Del Fuegos, a roots-rock band he formed in Boston with his brother Warren during the post-punk 1980s, when I compared the band to a latter-day Rolling Stones, all rattly guitars and snarly vocals and a rocker’s edge to the songwriting. There’s no way he’d remember, but I got to interview Dan and saw the band perform at the Garage at 23 Parish, a now long-gone nightclub. After the Del Fuegos, Dan got married, moved to New York, had kids, and realized there was a need for music aimed at children that whole families could enjoy, that wasn’t condescending and simplified. He recruited Park to play violin, and she also plays trumpet, mandolin and ukulele.

Park’s vocals are rich and warm, and if anything I wish she’d sung more lead, like on “San Toki,” a bouncy traditional Korean children’s song that exudes joy and must be for her what “Akatombo” has been for me, an echo of her own childhood, as she explains on her website, “before I can even remember how I learned it.”

Once you hear these songs often enough they all hook into your memory as if you’ve always known them, and the cultures they represent.

Order the album from Amazon.com.

Here are some tracks to preview:

Rabbit Days and Dumplings has won a Parent’s Choice Award, so here’s hoping we’ll hear more children’s music from Asia by Park in the future.

Park was also interviewed on NPR.

You can read a terrific profile of Park by Nelson Wong on his AArisings site.