Gil Asakawa's Nikkei View | Rice and tea have been and always will be mainstays of Asian culture
4772
post-template-default,single,single-post,postid-4772,single-format-standard,qode-quick-links-1.0,ajax_fade,page_not_loaded,,qode-title-hidden,qode-theme-ver-11.0,qode-theme-bridge,wpb-js-composer js-comp-ver-5.1.1,vc_responsive 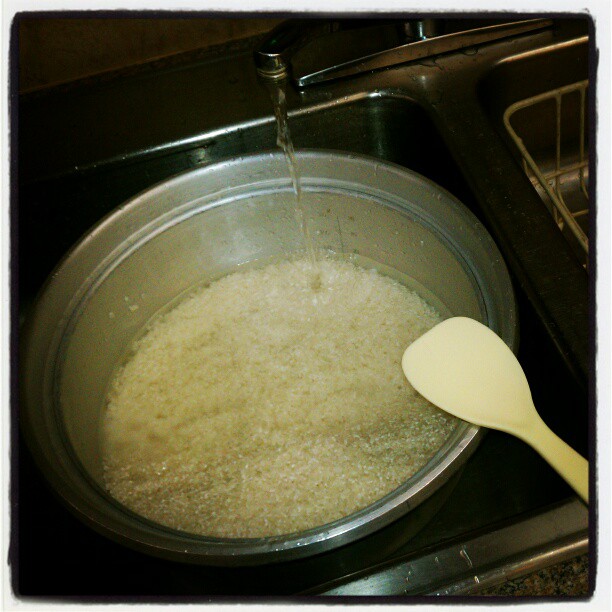 I’m not much of a churchgoer, but I’ve attended and volunteered at events at both the Denver Buddhist Temple, and the Simpson Methodist Church, which are both focal points of the local Japanese and Japanese American communities. A couple of weeks ago, I was part of the Mile High JACL‘s Fall Festival team, and spent a long day cooking (and cleaning) at Simpson Methodist Church.

Both churches hold lots of cultural events, and like any church or temple probably throughout the world, both have fully-equipped kitchens. As we prepped for the food orders to come in, I realized that even though I’m not part of either church’s community, I’m Japanese in my cultural DNA. When I was told to wash 15 cups of rice in one of the banks of rice cookers against one wall in the back room behind the kitchen, I knew what to do without anyone explaining.

I poured 15 cups of rice into the cooker’s removable aluminum bowl. It was a huge version of the tiny five-cup “National” (now Panasonic) rice cooker my mom bought for me when I went off to art school in the 1970s.

Then I placed the bowl under a faucet in one of the kitchen’s deep sinks, and ran cold water until the rice was covered. I took my (clean) hands and ran it through the rice to stir up the clouds of flour and starch that coats the grains. 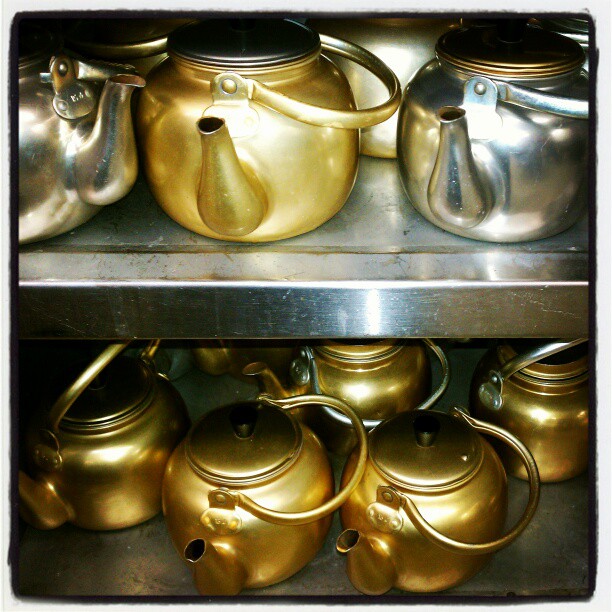 Next I poured out the water — tilting the bowl until the rice teases the edge, just about to start spilling out into the sink. Then I ran fresh cold water over the grains, and repeated the mixing with my hands, then tilting and draining until the water poured out clear. Finally I added 15 cups of water, and dropped the bowl into the cooker and turned it on. less than half an hour later, the rice was cooked and ready to mix up. We served is as part of bento plates with teriyaki chicken that I cooked outside on three ancient Weber charcoal grills.

At home, we use brown rice if we cook rice at all. These days white rice is a luxury that we save for dining out, thanks to health concerns. But my hands still remembered how to wash and drain rice before cooking. Like I said, it’s part of the Japanese American cultural DNA — I can’t actually remember learning from my mom, it’s like I absorbed it just watching her when I was a kid.

We also boiled huge pots of water to make green tea all day, and poured it into shiny aluminum and brass kettles that were stored on shelves like trophies of decades spent serving the community.

I’m pretty sure all Asian Americans, and certainly all Japanese Americans, recognize these teapots as cultural icons. They’re such beautifully simple, utilitarian objects that you may not notice them when they’re placed on a long banquet table during an event, but they are central to the experience of enjoying food and company with the centuries-accepted warmth of green tea.

Rice and tea — these are the everyday elements that hold us together as a community, and as families. That’s why it was important for me to go off to college with a tiny rice cooker (and I bought a teapot when I got to school). It connects us to our past, our traditions, and to our identity.