Gil Asakawa's Nikkei View | Why are there no Asian Santa Clauses?
4864
post-template-default,single,single-post,postid-4864,single-format-standard,qode-quick-links-1.0,ajax_fade,page_not_loaded,,qode-title-hidden,qode-theme-ver-11.0,qode-theme-bridge,wpb-js-composer js-comp-ver-5.1.1,vc_responsive

20 Dec Why are there no Asian Santa Clauses? 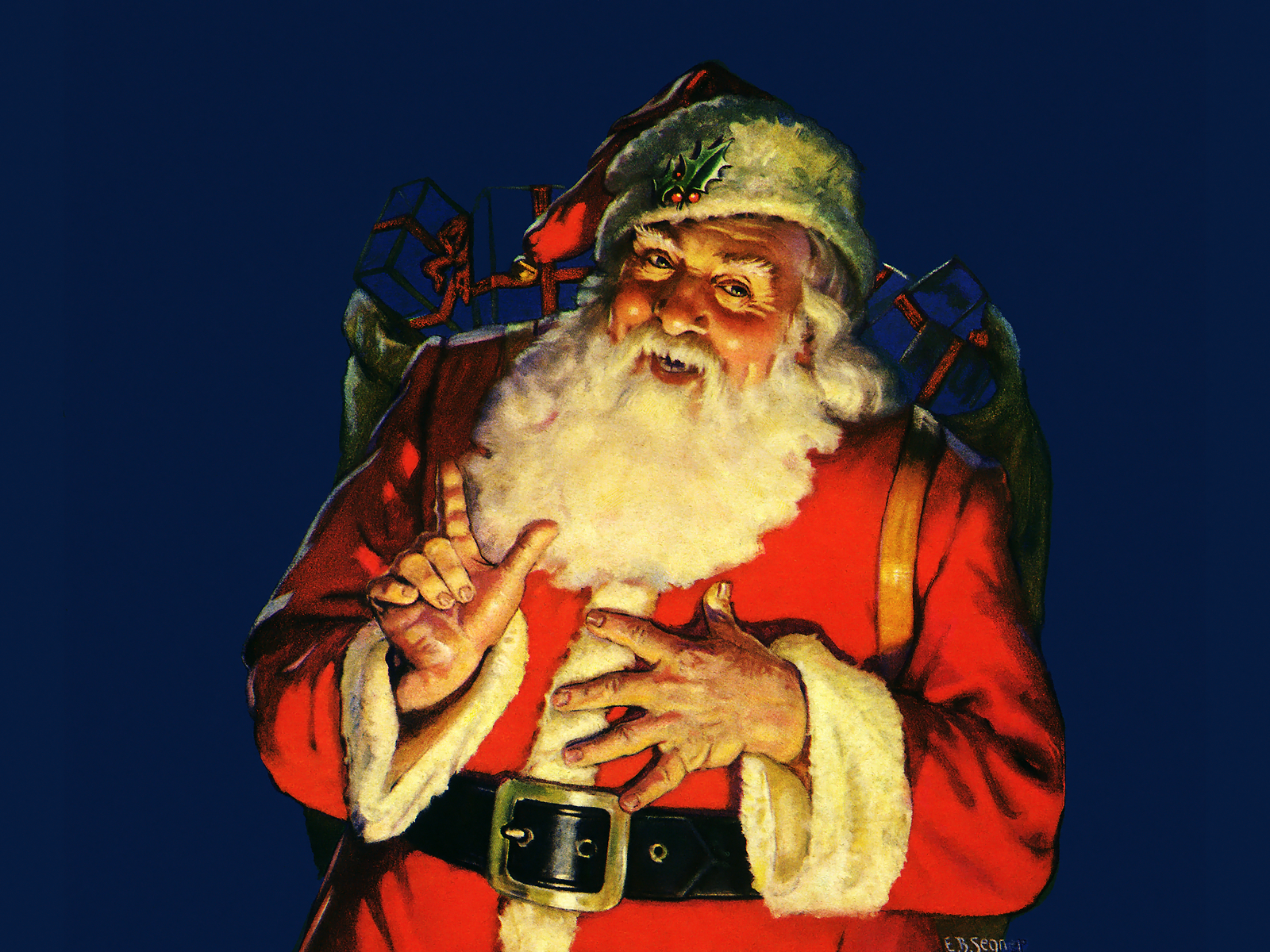 Duran, who happens to be Asian (Filipino) contacted me to see if I could contribute to his research, which was sparked by a conversation with colleagues about the lack of Asian Santas. I lived as a child in Japan, but went to school on US military bases, so whenever my brother and I sat on Santa’s knee, it was on-base with a bunch of American (mostly white) kids and Santa was always white. 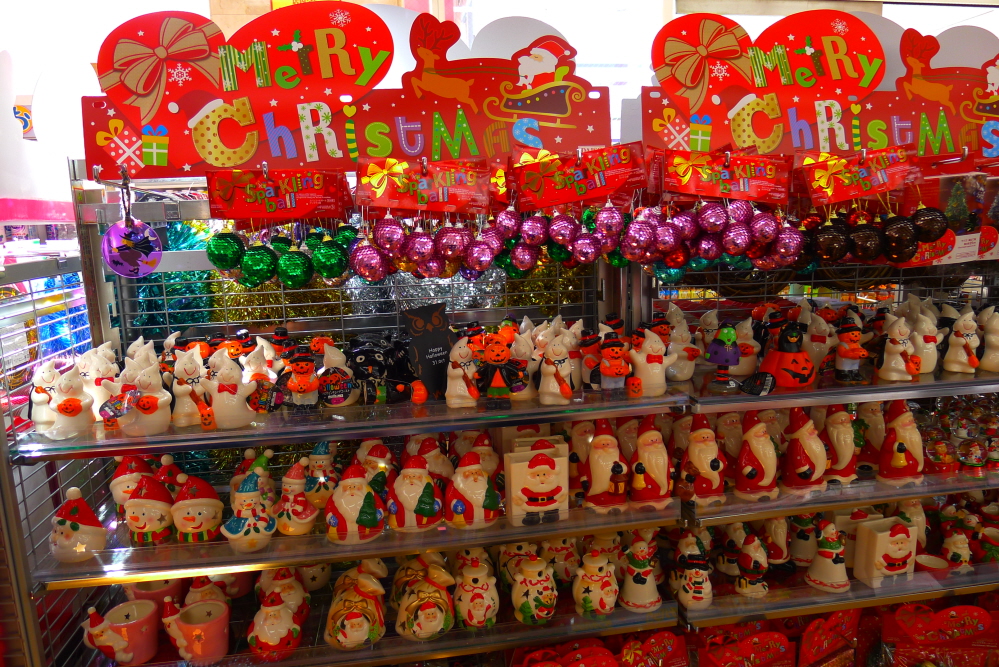 A Tokyo shop with both Halloween and Christmas merchandise on the same shelf.

These days, Christmas is a huge deal in Japan, but with some twists. It’s not a religious holiday by and large — the Christian minority in Japan is very small, especially compared to countries like the Philippines or South Korea. Instead, in Japan Christmas is a consumer holiday — pretty much like it is for many people here in the US. You can see Santa amongst the Christmas paraphernalia, but I think he’s just another character, like the Halloween jack-o-lanterns that are mashed together with Christmas stuff in this display in a Tokyo department store when I visited Japan a year ago in October. 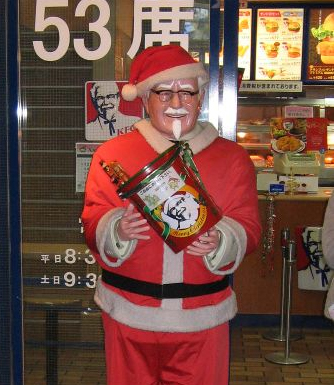 In fact, in Japan, the Christmas dinner of choice isn’t the cliched Norman Rockwell portrait of a family (of nice Caucasian European Americans) sitting around a dinner table overflowing with food and Grandma serving a platter with an enormous roasted turkey. Instead, through a smart marketing trick, the “traditional” Christmas meal in Japan isn’t turkey or ham or even a prime rib. It’s a bucket o’ KFC Fried Chicken. In 1974, a smart KFC franchisee began selling chicken as a holiday meal, and now customers place orders for their Christmas KFC up to two months in advance, leading to five times the usual business for KFC in Japan. I bet they’d love to reinvent Christmas in the US as an excuse for a KFC dinner.

In our conversation I mentioned that maybe in Japan, the image of Santa is now the fat guy with the skinny-beard, Colonel Santa — er, Sanders — instead of old Saint Nicholas.

But Duran noted that some other people he’d interviewed for his story (obviously people smarter than me) pointed out that maybe in Asian cultures, Santa is still thought of as white because, well, Saint Nicholas was a first-century saint born in Greece who served as a bishop in Turkey. Like Jesus (you won’t see many Asian likenesses of Jesus either), perhaps Asians simply think of Santa as a white guy because that’s what he’s supposed to be. Still, I’ve seen Santas of color. Maybe there should be a company that trains people of color to be Santas, so they can go into communities of color and talk to kids.

Another possibility is that some Asians aren’t just Christian, they’re evangelical Christian, and wouldn’t think of sullying their spirituality with the crassness of modern Santa-driven commercialism.

Another reason there aren’t Asian Santas requires me to dive deep into the pool (cesspool?) of stereotypes. I’m thinking that I wouldn’t want to be a Santa because I’m short, and I might be mistaken for an elf instead of the Big Man himself.

What are your ideas about why there aren’t Asian Santas? Or have you seen Asians in Santa suits somewhere? Let me know in the comments below.

UPDATE Dec. 21: This was fun! I heard from a number of readers via Facebook and Twitter that Asian Santas do indeed exist. One person said he’s seen them in Japan. A few said there are Asian Santas in Los Angeles’ Little Tokyo, and in the Japanese community in Chicago. I just haven’t seen them in Colorado, or when I was a kid in Japan in the olden days, or in northern Virginia when my family first moved to the States. Thanks to everyone who responded, and Happy Holidays! Or maybe… Happy End of the Mayan Calendar!

UPDATE DEC. 25: Here’s an interesting post from Tofugu, a blog about Japanese language that suggests that Santa’s origins may be Japanese, not European – “Is Santa Claus Japanese?.”