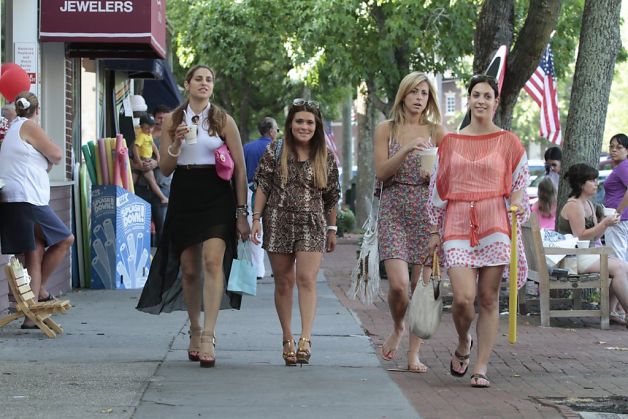 And pretty much every Japanese American I know cringes at the use of “J-A-P” even if it’s used as an abbreviation for Japan, or as an acrobym for Jewish American Princess.

I also saw the reference on a commercial for the Bravo show, which debuts June 2 (one of the women in the series proudly says that she’s a “JAP”), and my stomach clenched when I heard the word.

Let’s say that Jewish American Princess is a perfectly acceptable phrase to all (it’s a common term among Jews I know). I still wouldn’t want “JAP” to be used as an acronym for it, for the same reasons that African Americans have urged that everyone stop using the word “niggardly.” It’s close enough to the truly offensive word that it ignites an emotional response. In a word, it offends people. It’s offensive. Oops, here comes the anti-P.C. police again…

Jews I know will probably continue to call certain young women that (as African Americans I know call each other the “N” word). And I’m sure people who don’t give a hoot whether anyone else finds such things offensive will also continue to use the word.

But anyone who cares shouldn’t use the term, and a national television network certainly shouldn’t be throwing the word around on the air as if there’s no problem saying it.

That’s why Bravo deserves a “thank you” for responding so quickly and decisively to Yaki’s letter.