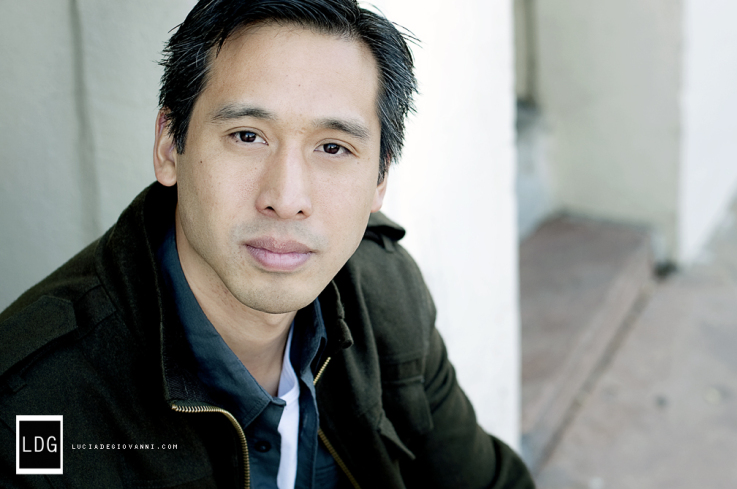 The story is told from the perspective of Seiji, an angry teenager who’s imprisoned at Topaz (with his family, but he abandons them to hang with a bunch of tough teens). Like Obata, Seiji was rounded up in Berkeley, California after President Roosevelt signed Executive Order 9066 which allowed the camps to be built. Anyone of Japanese descent in the Bay Area, including U.S.-born citizens like Seiji, were told they could pack whatever they could carry, and were first sent to a temporary holding center before being transferred to Topaz.

In flashbacks, Seiji recounts the holding center at Tanforan Racetrack south of San Francisco (now a shopping center with a Target store), and how his family had no privacy, and were squeezed into a dirty, hastily-whitewashed horse stall. When he moves to Topaz, he sees a glimmer of hope because young people going to college can be released (the schools had to be in the midwest or east, away from the “military exclusion zones along the west coast). But his hopes are shattered when he’s interrogated by an FBI agent and told he can’t qualify for college because his parents sent him to Japan for part of his childhood education. He might be a spy, a Japan loyalist.

Seiji’s rage at the injustice he’s suffered explodes when all prisoners 17 and older are required to answer a survey, which features two questions that ask whether they would fight for the United States and whether they would “forswear allegiance to the Japanese Emperor”… as if Seiji ever had allegiance to Japan in the first place. Many prisoners simply said “yes” and “yes” to those two questions, but Seiji said “no” and “no,” marking him as one of the trouble-making “No-No Boys.”

Seiji begins the play by snarking about Obata’s local fame in Berkeley, and how he’s always at community events, sketching and chronicling life, but detached — in Seiji’s eyes — from the community. He thinks Obata acts as if he’s better than Seiji’s poor family, and resents the artist for it.

Seiji continues to resent Obata at Tanforan, and then at Topaz, where Obata starts to teach art classes, although for a time when Seiji thinks he could go to college and get out of camp, he stops focusing on the artist. But when he’s denied college and then has to answer the loyalty questionnaire, Seiji gets sucked into the dark violence of the Japan-supporters. Seiji’s own parents said “yes-yes” and so do many others including Obata. But Obata’s “yes-yes” gets twisted into an assumption that the artist is an FBI informant.

Seiji agrees to help his new friends wreak retribution on the painter.

The monologue is entrancing because it’s so minimal: The stage is merely a chair, some lighting that evokes barbed-wire fences criss-crossing in a way that also echoes the woven pattern of Japanese fabric. Over to one side is a screen that shows projected images of Obata’s artwork, both sketches of daily life in camp and beautiful paintings of the otherworldly landscape. The slides are shown with permission of the Obata family.

Seiji interacts with some of the images, in particular a ink drawing of an old man playing with a stray dog who was shot by a guard for being too close to the barbed wire fence.

Obata was hospitalized for three weeks, and released from Topaz afterward to become a commercial artist in St. Louis. He lived to a ripe old age, and died in 1975.

And though the performances alternate between Dale Li and Peter Trinh (and, for one performance, special guest actor Zachary Drake, who until now has been the only actor playing Seiji), we were fortunate to have caught the intense Dale Li (shown above) in the role.

Li is a physicist — really — by day so he has a pretty solid fallback if his acting doesn’t pan out. His parents must sleep well at night knowing this. But his talent as an actor is so strong and impressive, and his tall physique and handsome, racially ambiguous (he’s Chinese) features that audiences can easily imagine him going off to Hollywood and achieving bight stardom.

He’s intense, striding out and immediately filling the small secondary space at the Vintage Theater in the Denver suburb of Aurora, with his booming voice and commanding presence. But he moderates his character through the gamut of emotions from sad whispers to piercing shouts. When he recites dialogue of other characters like the FBI agent, or later, Chiura Obata himself, Li is a chameleon. His Japanese accent is flawless. He admitted in a talkback after the show that he’s payed Japanese before, and has the hardest time perfecting his own mother’s accent.

My friend Juliet Wittman noted in her Westword review that most Americans already know about Japanese American internment, but I disagree.

Whenever I talk about internment, I find most Americans still don’t know that 120,000 people of one ethnicity were ripped from their homes, businesses and communities and sent to prison camps during WWII. High school history texts to this day only feature one paragraph about this experience out of more than 60 pages that cover the period of the war. And much of the pop culture about these American concentration camps is still watered down with distracting racially-charged romantic plots like the condescending novel and movie “Snow Falling on Cedars” or even the pretty good film starring Tamlyn Tomita, “Come See the Paradise.” Unfortunately, not all schoolkids have “Farewell to Manzanar” on their required reading list, and the TV movie of that novel has often been difficult or impossible to find for decades.

If you attend “Dust Storm” during its two final weekends, you’ll walk away moved by Li’s (and I assume, Trinh’s) passionate portrayals of a young man during turbulent times. And you’ll leave having learned about the terrible tragedy of the wartime imprisonment of Japanese Americans at a personal, emotional level. Decisions that these citizens made under duress ended up affecting them their entire lives.

“Dust Storm” is a powerful production, and an auspicious first work for Denver’s Asian American theater company. I look forward to many more performances by TEA’s ensemble players. It’s nice to have a troupe of this calibre here in Colorado, so we don’t have to be envious of other cities like Los Angeles with its long-established East West Players.

If Denver’s theater community — and Asian community — can support TEA, it’s a great sign that we’re growing up and getting more sophisticated. Amen to that.

You can order tickets for “Dust Storm” or “Spirit and Sworded Treks” online through TEA.

Here’s a beautifully organized interactive website about Chiura Obata and his artwork. (Note: Flash software is required for all the bells and whistles on the site.)