16 Nov Why are Asians so rare on Shonda Rhimes’ hit TV shows?

Posted at 15:51h in asian american by Gil Asakawa
Share 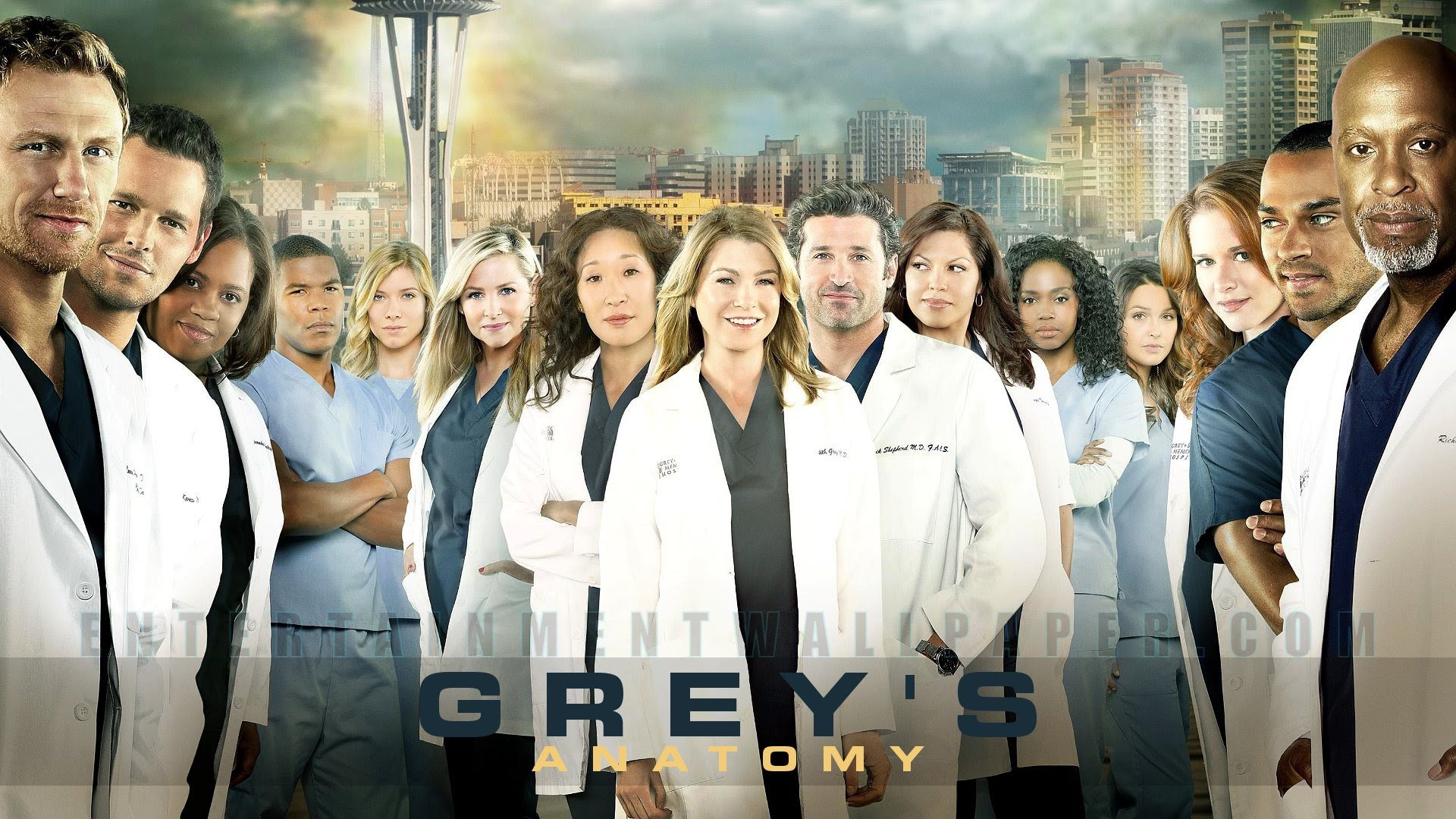 Here’s why: Rhimes is a terrific storyteller, and pioneering producer who casts African Americans in prominent or starring roles in her series. But except for Sandra Oh’s keystone character, the irascible but brilliant surgeon Cristina Yang, Asians are either non-existent or generally fringe-ified. It’s almost as if with Oh’s departure from Shondaland (Rhimes’ production company and the realm where all these shows dwell), the box for Asian stars was checked off: “Done.”

Yeah, yeah, “Murder” has the current plotline of the two adopted kids who may or may not have murdered their wealthy parents, and the son is black and the daughter is Asian, but you know she’s a temporary presence. (I don’t count Katie Findlay, who was murdered at the end of the first season of “Murder.” She’s mixed-race Scottish, English, Portuguese and Chinese, but that hardly mattered to her character, Rebecca.)

Here I should mention that in the original post that ran on Angry Asian Man I left out one character that I like and meant to include, Oliver Hampton, played by mixed-race Filipino Conrad Ricamora. Apologies and many thanks to everyone who pointed him out. I simply spaced it. He has a recurring role as the gay boyfriend of one of the law students who are caught up in the twisted murderous plotlines. Though he’s a geeky techie, I like that he represents a rare phenom in pop culture: a gay Asian American. Maybe he’ll be featured more this season.

A friend also reminded me that Tamlyn Tomita played a judge (named Carol Morrow – what the hell is it with TV shows that include AAPI actors but give them European-American names?) in two episodes of HTGAWM, one in the first season and one in the second. So hey, maybe I should tune in to Murder again after all.

“Scandal,” which is about a brilliant African American woman PR fixer who has a passionate affair with the President of the United States, is ridiculous with its multiple webs of intrigue and insight into political media (or is that media politics?) and every character’s penchant for talking in a breathless staccato stream of consciousness, but it’s like driving by a wreck on the highway – you can’t avert your eyes, and you have to tune in and watch. No amount of watching, though, turned up a major character who is Asian, except for the legal secretary to the US Attorney General, who is played by Brenda Julietta Song, who is Hmong, Chinese and Thai. She was cast in five episode between 2012 and 2014.

Oh wait, once in a while you can get a glimpse of an Asian Secret Service Agent roaming the halls of the White House. Come on, I know Washington, D.C. doesn’t just include white folks and black folks. Unless these shows operate in a weird time warp, that is. It’s as if Shondaland has a pre-1965 immigration quota on Asians.

We never noticed this binary construct until after Sandra Oh left “Grey’s.” That’s when it occurred to us: the series is set in Seattle… where the hell are all the Asians?

Although it’s pandering to stereotype, shouldn’t there be more Asian doctors than just Oh’s character? Shouldn’t there be a South Asian surgeon lurking somewhere in the halls of Grey-Sloan Memorial (formerly Seattle Grace) Hospital, like every other hospital show that ever aired? After all, Asian Indians make up one-third of medical school applicants (according to a 2012 study by the Association of American Medical Colleges). In one 2008 study, 17.2% of US doctors identified as Asian, while 3.8% were black and 5.3% were Hispanic. Three-fourths were white. So it’s not just a stereotype. To be realistic, you’d think any TV show could cast a few Asian physicians.

Speaking of realism, shouldn’t there be some Asian patients lying around, or being attended to in the ER? According to the 2010 Census, Asians are the second largest ethnic group in Seattle (whites are number-one), accounting for 14% of the population. We get sick. We get in accidents (no Asian driver jokes, please). We get shot or otherwise get hurt. I guess we just don’t go to Grey-Sloan Memorial.

To be fair, I’m sure the show has had incidental Asians come and go in the background like furniture from the prop room. I didn’t slow-mo through every episode for every season to scan the extras.

I also should note that there has been a persistent Asian presence on “Grey’s Anatomy:” Bokhee, a scrub nurse whose real name is uncredited but has been on the series since the first season. A scrub nurse in real life, she’s in almost every operating room scene, but she’s covered up with her surgical mask, and has only had a couple of spoken lines during the entire series. Like the “kuroko” stage attendants in traditional Japanese Noh theater who remain in the background and are treated as invisible even as they move across the stage to help keep the production going, Bokhee is an unseen but critical support player.
Shonda Rhimes and anyone else who thinks I’m being overly sensitive and politically-correct will probably point out that Cristina Yang and the odd Asians who have been in her shows are exactly what Hollywood should be doing with Asian characters. They’re not cast as fresh-off-the-boat Asians, with accents and traditional culture as their main attributes. They’re American characters and could be cast as any ethnicity.

It’s a fair point, to which I’d reply that’s true, so why not cast more of the white and other non-ethnic roles who are played by actors of color with Asian actors? Or certainly, cast new characters with AAPIs?

Once we realized this dynamic, we couldn’t watch “Grey’s” anymore. Besides, honestly, hasn’t the show jumped the shark? But we also couldn’t enjoy “Scandal” and “How to Get Away with Murder” anymore either. Not seeing people like us in any significant way ultimately distracted us from the series.

We watch TV shows with Asians in them to support our peeps, and to celebrate our coming-of-age in American pop culture. It wasn’t so long ago – less than a decade – when I was giving presentations on the lack of Asians in Hollywood. We’re still not as visible as we should be, given the fact we’re the fastest-growing ethnic group in the US. But we’re much more common on TV in leading roles now.

We’re even THE lead roles in some series, like “Dr. Ken” and “Fresh Off the Boat” for
comedies and “Quantico” for drama. In some, like “Fresh,” being Asian in a strange land (America) is sorta what the show’s about. In “Dr. Ken” and “Quantico” the storylines aren’t necessarily about being Asian, though cultural references are introduced as asides.

The new series that just debuted, “Into the Badlands,” about a dystopian (it’s a dumb cliche but always wanted to use that word) world where warriors that meld samurai and kung-fu-master skills battle each other on behalf of their warlord-like barons, is pretty interesting. It stars Chinese American martial arts actor Daniel Wu as a badass fighter who rides a beat-up old motorcycle and kicks everyone’s butt. It’s gritty and feels like a mix of “The Walking Dead” (Michonne would fit right in) and the recent remake of “Mad Max.” The martial-arts aspect is a bit of a red flag but since it’s about the future when for some reason everyone fights with Wushu and katana moves like cross-cultural ninja, it makes sense so far.

It’s just that it’s nice to see ourselves reflected on TV. Finally.

Some other shows we watch because they have Asian or Asian American actors in them include “Hawaii Five-0,” “Heroes Reborn,” “Agents of S.H.I.E.L.D.,” “Elementary,” “CSI: Cyber,” “Scorpions” (which also has Justin Lin as executive producer), “Sleepy Hollow” (which had John Cho in its first season and is executive-produced by Albert Kim), Aziz Ansari’s “Master of None,” “The Walking Dead” (well, formerly had an Asian… we think), and even the somewhat goofy action show “Librarians” (which features an Asian Australian for good measure).

We watched “Falling Skies” with Moon Bloodgood. We loved “The Newsroom” with Olivia Munn. We got sucked into “Dark Matter” with Melissa O’Neil and Alex Mallari Jr., and can’t wait for the next season. When John Cho and Maggie Q get new shows we’ll watch them too. We’ll watch “The Mindy Show” if we ever add Hulu to out already overloaded media mix (please get on Netflix, Mindy!).

Let me be clear: We don’t just watch these shows because there’s one or two Asians in the cast, or because it stars an Asian American. We like the shows too. And, we like “Grey’s” and “Scandal” and “Murder.” We watch plenty of shows without Asians, and it doesn’t bug us. The lack of Asian faces in Shondaland strikes us more starkly because she does such a great job – a GREAT job – on diversity overall, in the binary sense.

It’s not like we’ll miss touring Shondaland on Thursday nights. We have lots of shows to fill our junk-food TV diets, without being irritated at the way Rhimes seems to think – or not think – about Asians in her stories.

This originally ran as a guest post on Angry Asian Man while Phil Yu took a vacation. It’s been revised since it ran there.