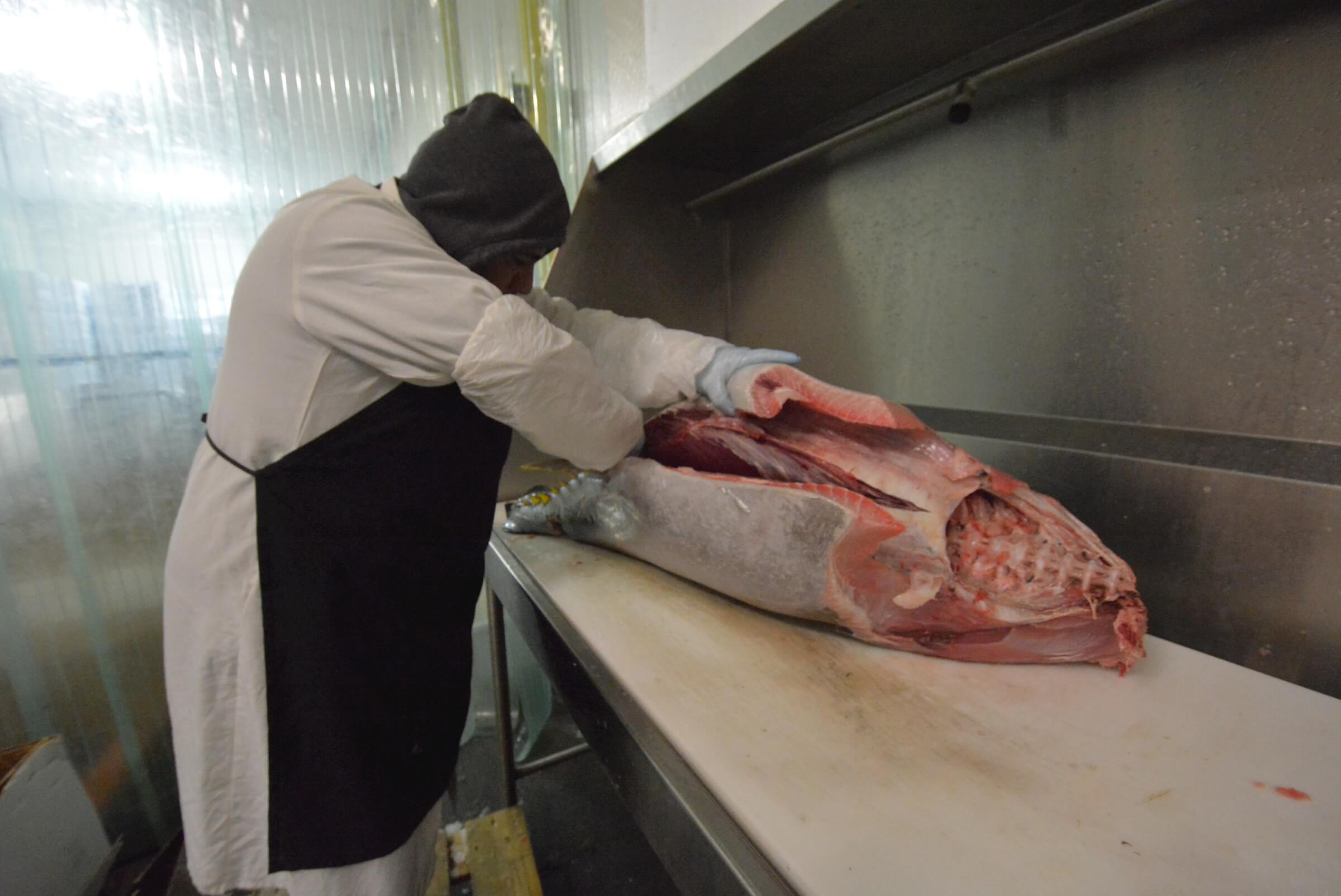 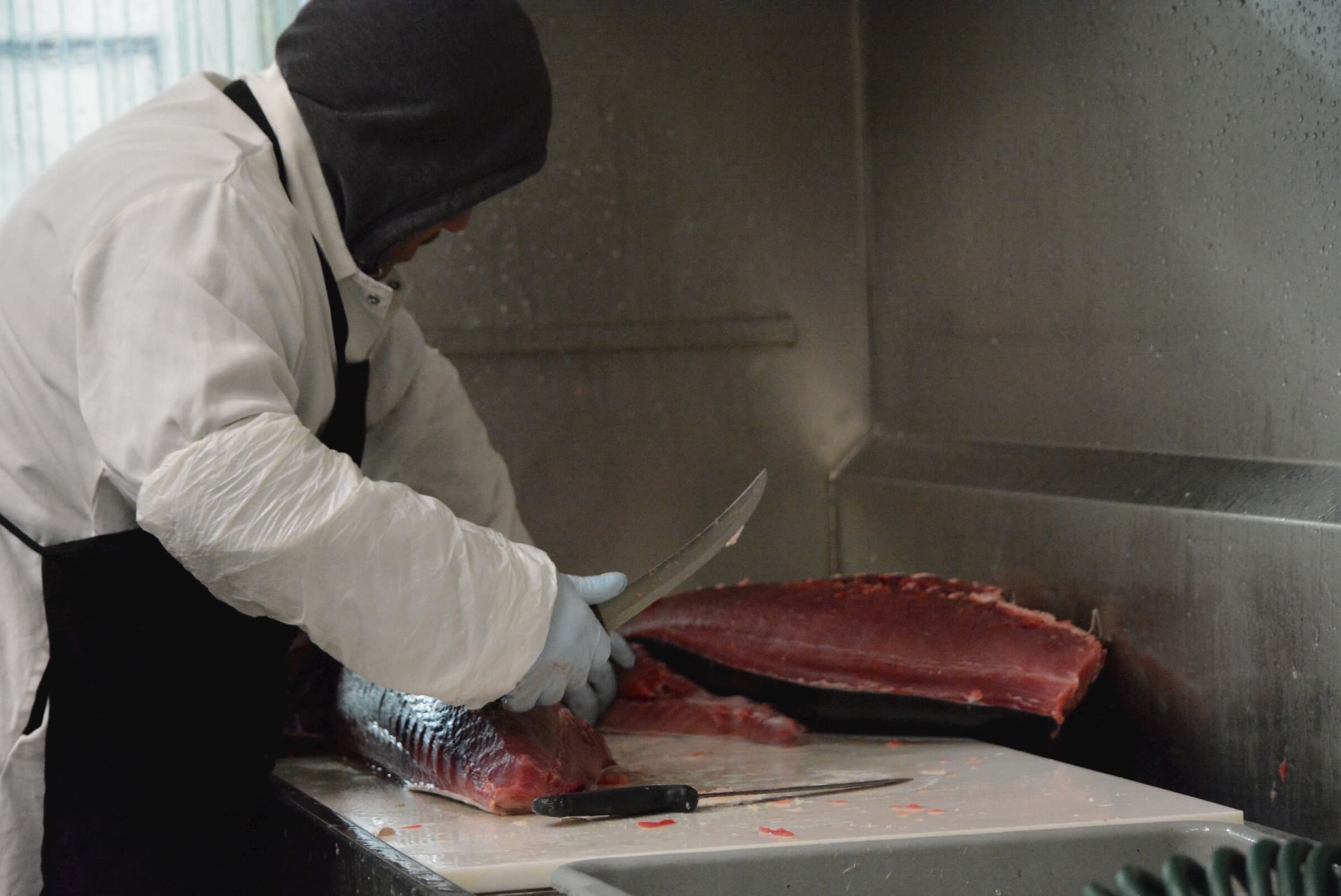 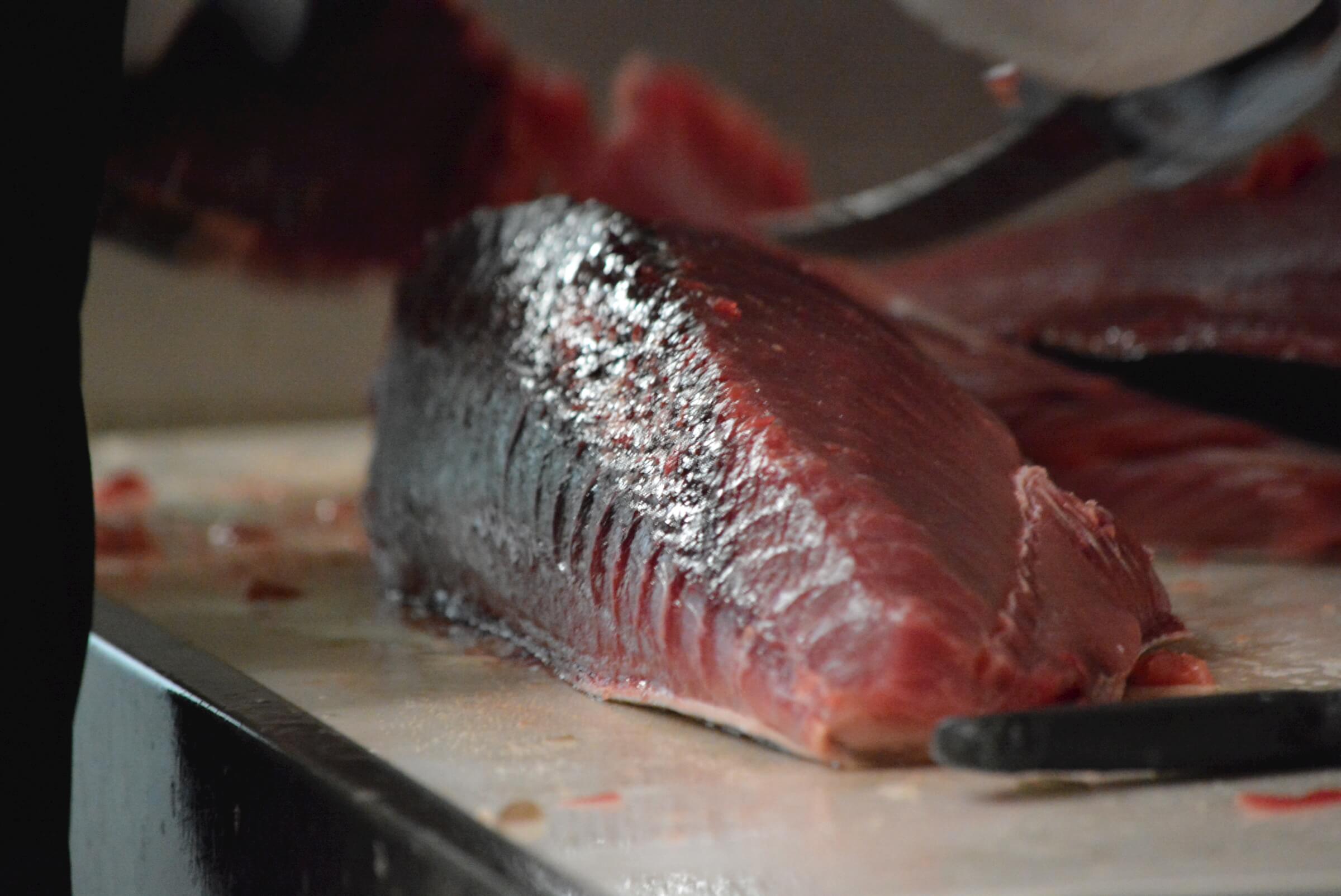 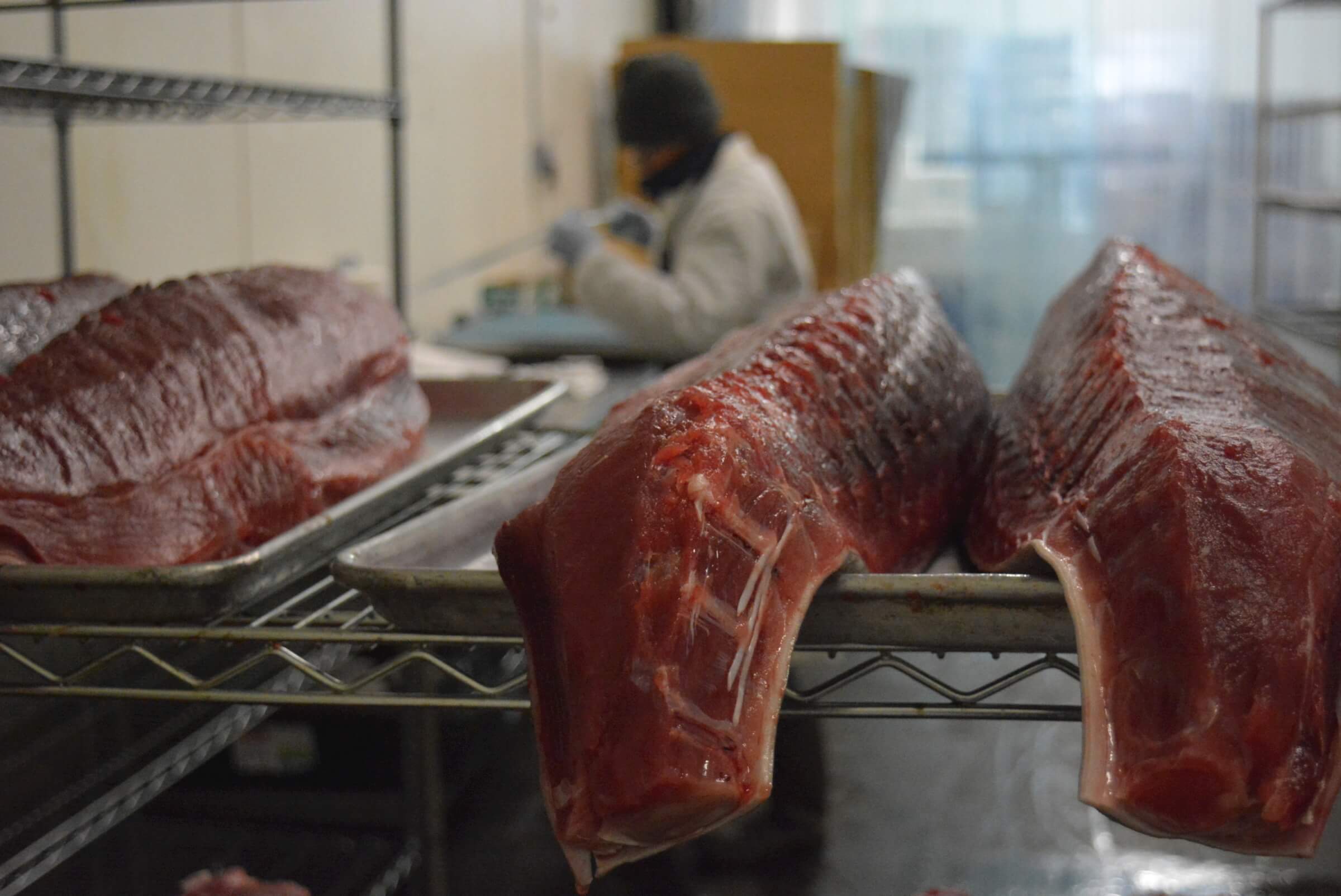 That’s why it’s important to Thai to make sure the fish is cut cleanly — just right for her customers. 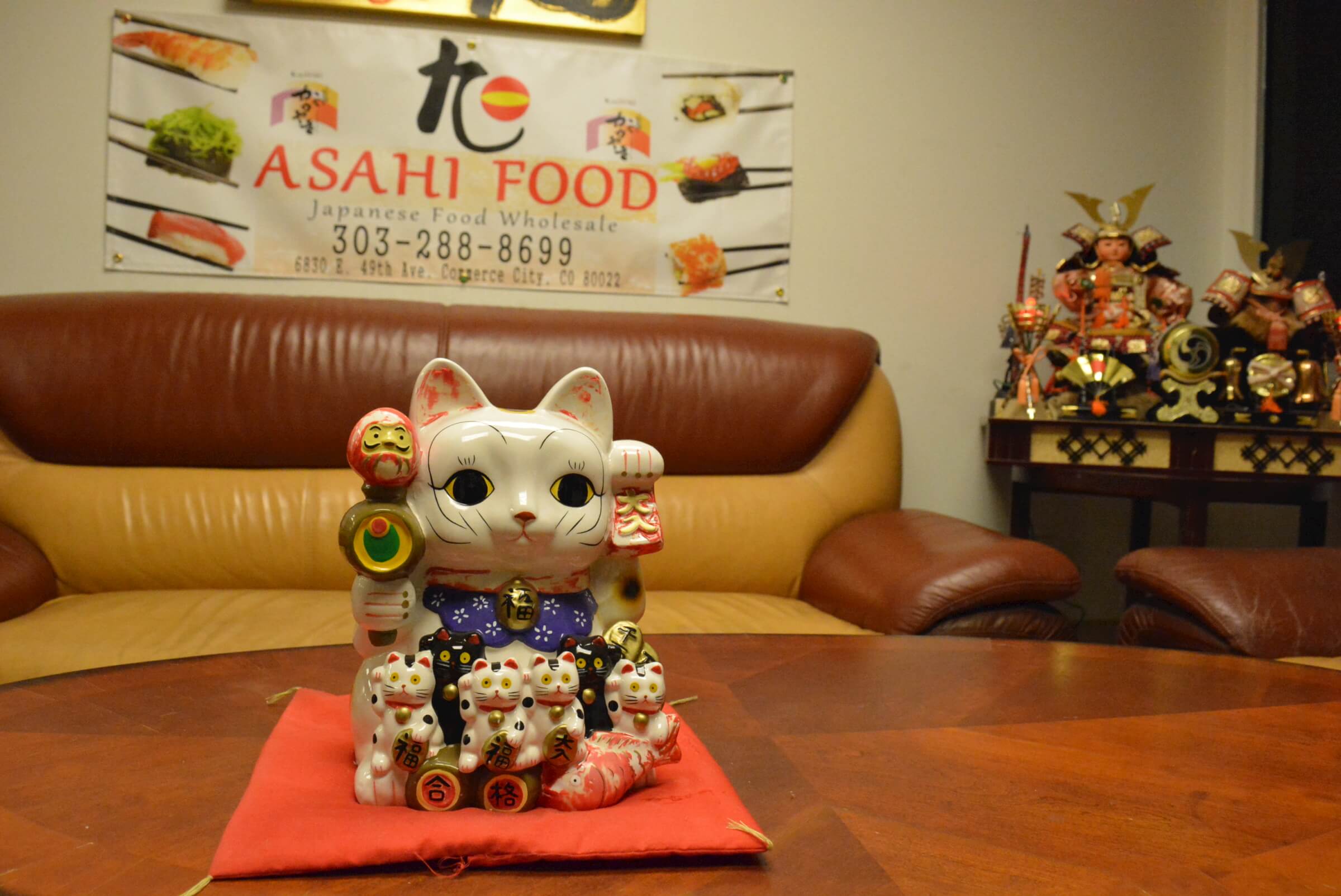 Sushi is a big business today, and you can find it — good or bad — at hundreds of restaurants including Japanese, Chinese, Korean and any other fusion of Asian cuisines. You can even find it at supermarkets and the Walgreens on the 16th Street Mall, but not as a convenience store staple, like you can in Japan.

There are 11,000 restaurants in the state, according to the Colorado Restaurant Association, but the organization doesn’t track them by cuisine. A search on Yelp for “Denver sushi” comes up with 433 results.

There are several major seafood distributors in the area who provide fish to all these restaurants, including Seattle Fish Company and Blue Ocean, but they don’t focus specifically on supplying restaurants that serve sushi.

Asahi Foods delivers mostly to metro Denver customers, but also to some customers along the Front Range and into the mountains. The company also makes long-distance deliveries to clients in Nebraska, Wyoming and Kansas, and even goes to South Dakota by piggy-backing on its parent company’s Chinese-food deliveries.

Asahi gets its wild-caught tuna shipped in from Hawaii, Fiji and Tahiti. The biggest tuna that ever made it onto Asahi’s cutting board was 500 pounds, Thai says.

The company gets its salmon, which is farm-raised, from Scotland. Thai swears the salmon she gets has better flavor than Atlantic farmed or wild-caught fish.

Thai says during the peak summer season, she flies in up to 8,000 pounds of salmon packed in ice weekly — 161 cases of 45 to 50 pounds each. Asahi cuts and delivers 40 to 50 whole tuna each week, depending on their size.

Asahi Foods also distributes other types of fish, some of which are shipped frozen, and stocks other Japanese food from rice and condiments to sake. Some of the company’s clients have trained sushi chefs who can take whole fish and prepare it for sashimi and sushi, but most order the fish filleted. 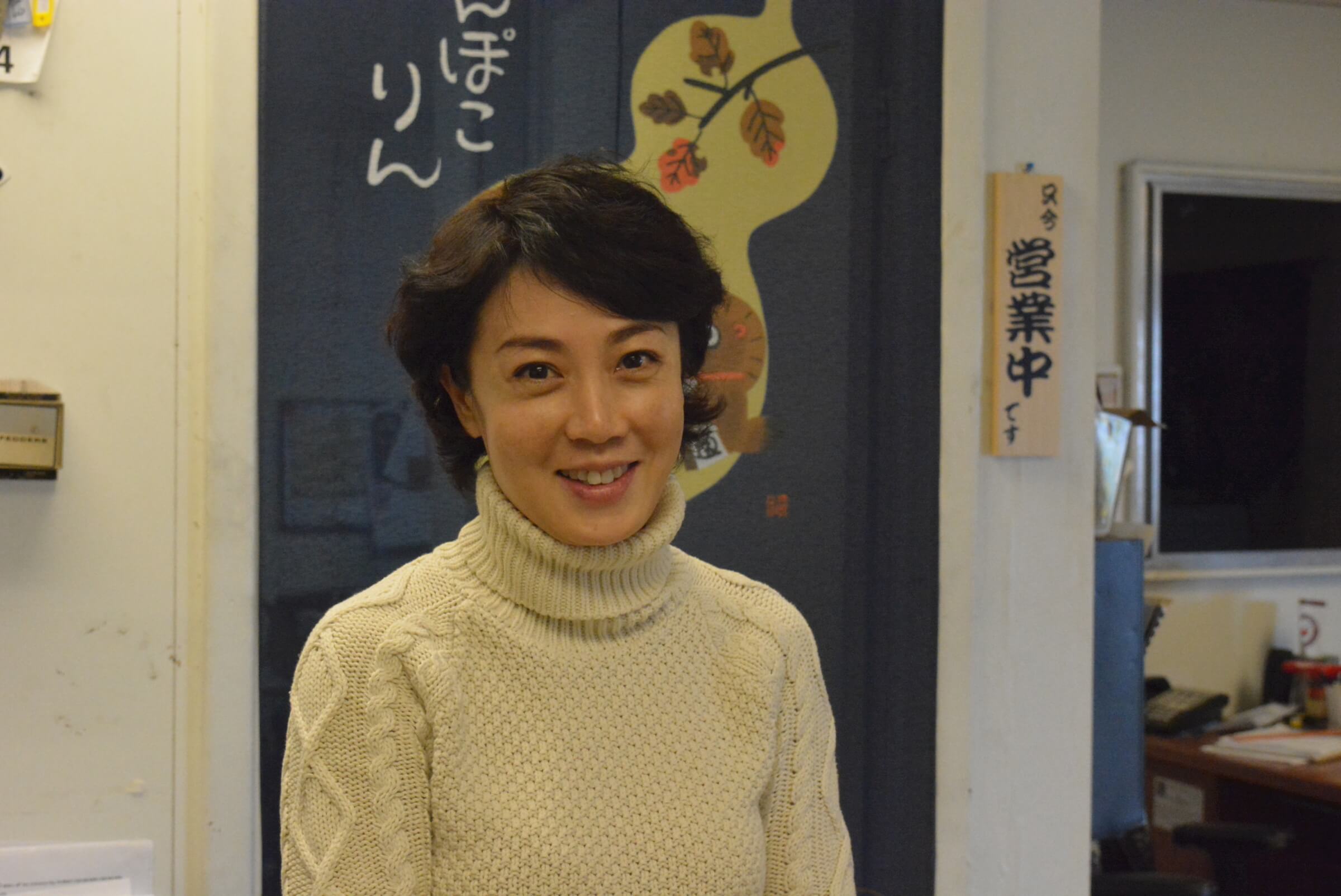 A tiny woman who exudes the energy and enthusiasm of an entire Little League baseball team, Charlene Thai is Denver’s queen of sashimi, the raw fish that is the main ingredient of sushi.

She supplies some of the area’s most popular Japanese restaurants, including Hapa and Tokio. And, she’s not even Japanese. No, she’s not Thai either. Charlene Thai is Chinese, and was born and raised in Taiwan. And her journey to being one of Denver’s premier fishmongers took a long and winding road.

Thai is fluent in Japanese, but she went to Japan to study it. (And she didn’t know a word of English until she came to Colorado to study it.)

Then she had the idea of leading tours to America, but to do that she’d need to learn English. So in the 1980s, she came to Colorado, where she has family, and enrolled in the Spring Institute to learn English.

She never went back to her tourism career. She got married and with her husband, ran a couple of Chinese restaurants which are now long gone.

She also worked for a year for Kenny Sonoda, the owner of Sonoda’s sushi, at his original Lower Downtown location (now closed). That’s where she first learned the finer points of sushi. After that, she opened her own Japanese restaurant serving sushi in Highlands Ranch. When she sold that restaurant, she went to work for JFC International, a company that wholesales Japanese food products to restaurants.

She decided to quit the food business and became a Realtor, she says, because she was raising a family and wanted the flexible schedule of real estate.

But houses eventually led Thai back to food.

One of her real estate clients owned a Chinese food distributing company, and he asked her to run a subsidiary that would supply fresh fish and other supplies exclusively to Japanese restaurants and other restaurants that serve sushi. She was the perfect hire because of her outgoing personality and her fluent Japanese.

Five years ago, Thai launched Asahi Foods and has since become a familiar figure at Japanese community events. She’s a tireless leader within local nonprofits that serve the Japanese community, and donates regularly to events for community organizations.

She recently donated dozens of salmon filets and pounds of salmon roe for an event commemorating the fifth anniversary of the Great East Japan Earthquake and Tsunami. The salmon and roe were used for a special dish from the Tohoku region. 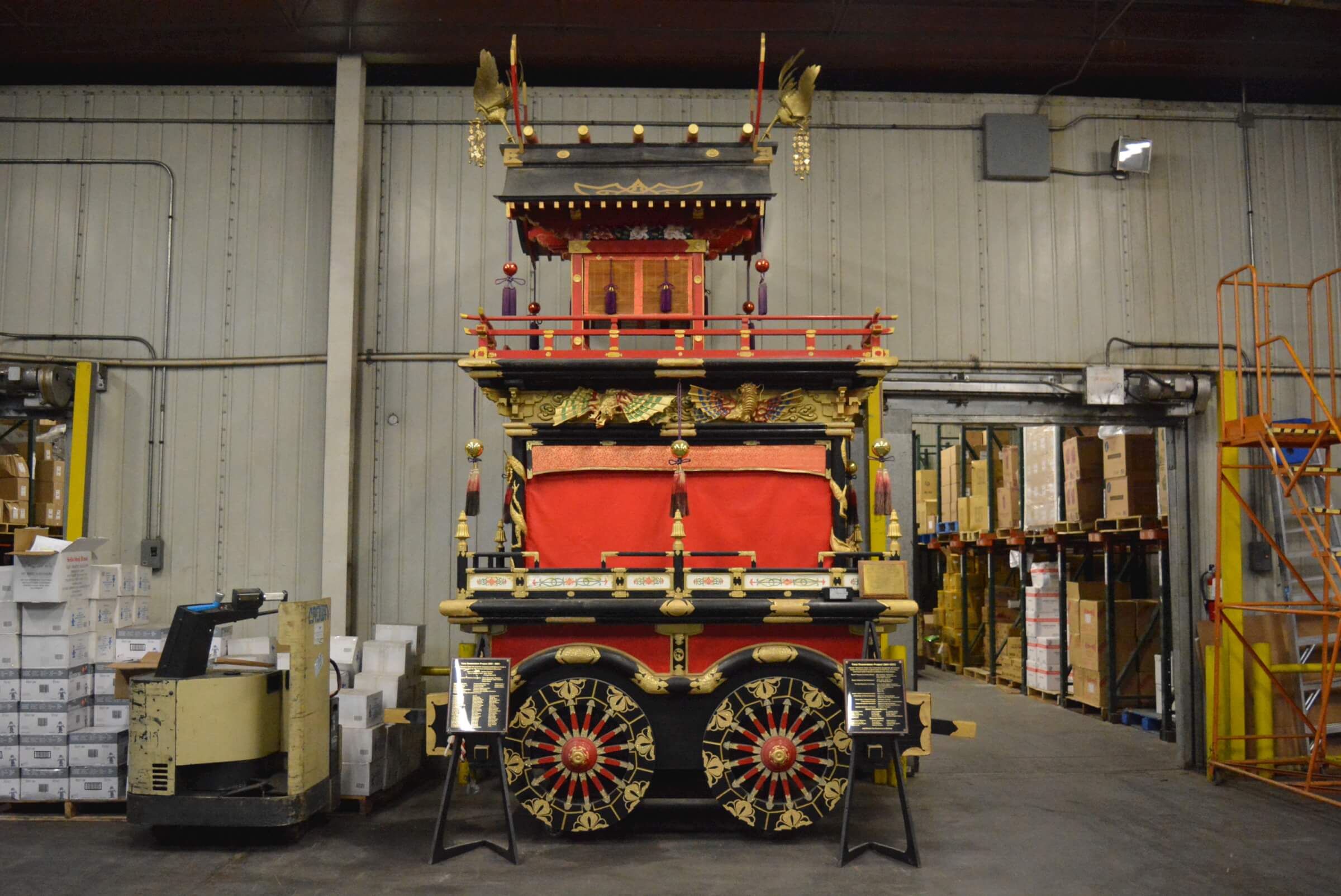 Thai is omnipresent at events hosted by the Takayama Sister Cities organization, with which she volunteers and has even led an adult exchange trip to Takayama, Japan. In fact, says Steve Comstock, the president of the Takayama group, “she’s been involved in all of the committee trips to Japan since she joined. She’s been a real spark plug to our organization.”

She’s also involved in events by the Japan America Society of Colorado and other Japanese community groups. Thai embraces “all kinds of charity work and I love doing this,” she says. “I feel really good and like making strong connections.”

And not just connecting with the Japanese community, either. She’s active with the local Chinese and Taiwanese communities. She’s also a founder of the Asian Restaurant Association, which was just launched in March.

“You know, a restaurant is usually a business for new immigrants,” she notes “In the Chinese community here we don’t have anything like this (organization), to help out the new immigrants. They don’t know the culture, they don’t know how to start a new business. So we thought this is something that could help them out.”

Thai’s specialty is food safety, so she can help immigrant entrepreneurs navigate health-department rules, for example.

“They don’t know the rules and regulations, so I want to export my expertise to them and somehow help them in any way,” she says

The association will have experts on hand such as accountants and real estate agents to help new businesses, and plans to host new product demonstrations for Asian restaurants.

She says community involvement has been a key to her success.

“I hope other suppliers would do the same thing we do,” she says. “You know, you donate a small part of your profit to a nonprofit organization, that helps out your community. And if other people would think the similar way as I think, the return is phenomenal. The money you cannot evaluate. It’s this (touches her heart) feeling I feel here that’s important.

“Look at what I got,” she says pointing to an omikoshi, or yatai, in an open space in her warehouse, between the administrative offices and the storage areas and cutting room.

The yatai, a wheeled traditional palanquin or float, was donated to Denver by Takayama. It’s a replica of one from a fleet of floats used in Takayama’s famous spring and fall festival parades. It was on display at Sakura Square, but it needed to be moved for construction, so Thai offered Asahi Foods as a home for the artifact, at least temporarily until it can find a permanent public home.

Thai’s enthusiasm for all things Japanese including the yatai are obvious to anyone who meets her. But she’s proud to be multicultural.

“I am American, and I am Taiwanese and I feel very Japanese,” she says. “I really like the way I am. I like that I have multiple cultures.” 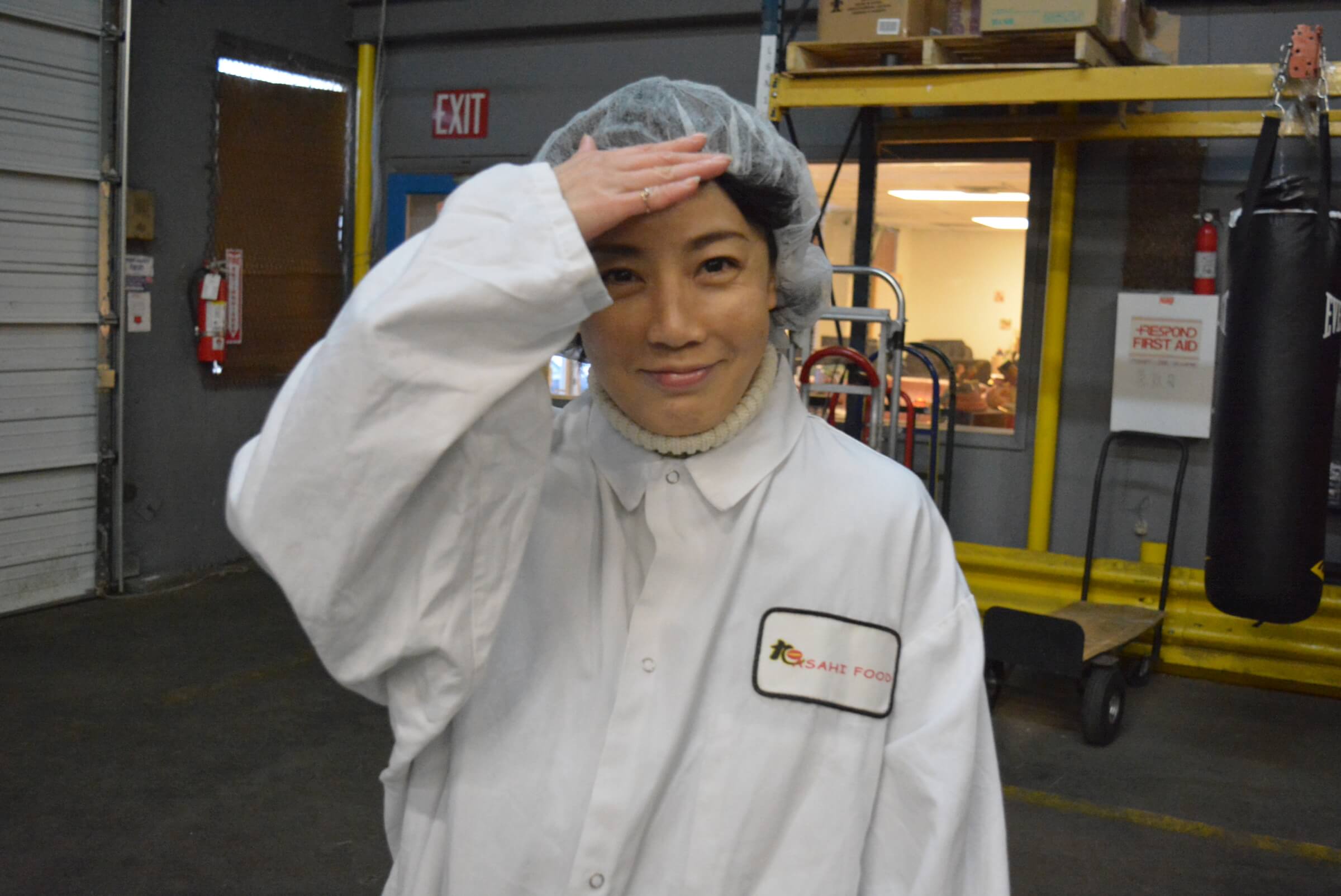 NOTE: This article originally ran in The Denver Post on Sunday, April 17.