Gil Asakawa's Nikkei View | Calpico, my favorite childhood drink in Japan, is now available at a store near you
16888
post-template-default,single,single-post,postid-16888,single-format-standard,qode-quick-links-1.0,ajax_fade,page_not_loaded,,qode-title-hidden,qode-theme-ver-11.0,qode-theme-bridge,wpb-js-composer js-comp-ver-5.1.1,vc_responsive 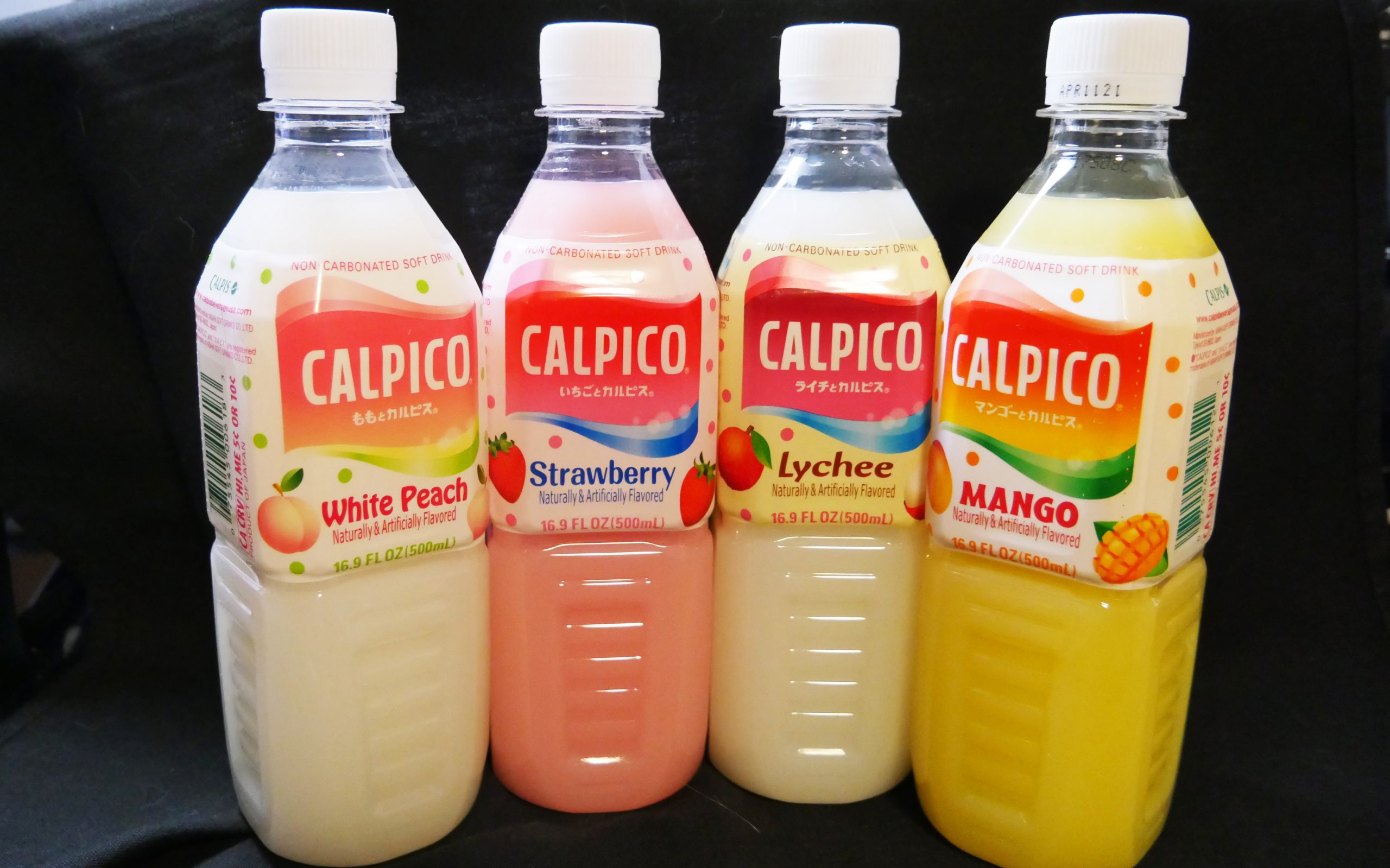 18 Nov Calpico, my favorite childhood drink in Japan, is now available at a store near you

I loved the sweet but slightly sour, yogurty flavor of Calpis. That was my favorite soft drink, and it still is, under the Westernized name Calpico.

Sure, I could get Coca-Cola on military bases, because my brother and I went to school on base but we lived off-base in Japanese neighborhoods. I loved my bi-cultural childhood.

But I don’t remember ever tasting a Pepsi Cola (even today, Coke drinks are much more prevalent in Japan than Pepsi). I never even saw a Dr. Pepper. Or Orange Crush, or A&W Root Beer.

I did drink chocolate milk in school (though being Asian and not used to western dairy drinks, I hated and rarely had plain milk) – but I preferred it with lots of chocolate if I was using a powder like Hershey’s Milk Chocolate. I don’t remember Ovaltine, the American chocolate syrup for milk.

Nope, in Japan and off-base, I drank what thirsty Japanese drank.

First and foremost, I drank a lot of tea. It was hot tea back then, not so much the dizzying variety of bottled refrigerated teas available these days. Like the explosion of bottled water in the US, bottled tea is available everywhere in Japan (and in Asian groceries across America). Back then, I don’t even remember drinking tea with ice in it. We probably did, during the hot humid summer, but mostly I remember drinking fresh-brewed hot green tea (Sencha), roasted green tea (Hojicha, my mom’s favorite), green tea with toasted rice (Genmai-cha) or barley tea (Mugicha), which is wonderful iced as a thirst-quencher.

I suppose I must have had Kool-Aid made by mixing a packet in a pitcher of water and adding sugar, because, well, that was an all-American drink that was sold in the Commissary, the military supermarket on base. Frozen orange juice too. But seriously, my liquid diet was very Japanese.

However, what I drank the most, and craved constantly, was Calpis.

It’s still sold as Calpis in Asia. But even though it’s pronounced “Ka-roo-pi-soo” in Japanese, Americans simply pronounced it like it was spelled, as “Cow-piss.” An unfortunate brand name. So the drink has been changed to Calpico for the Western tongue, but the flavor for the Western palate is still the same.

Calpico (I’ll call it by the name it’s sold here) is sweet, but not cloyingly sweet, and it’s marketed as healthy: it’s a cultured milk drink that has a slightly tangy taste like yogurt. Its origins go back more than a century. The creator of Calpis, Kaiun Mishima, was visiting Mongolia in 1904 and was fascinated by the locals’ affection for a form of cultured milk, which was made by fermenting milk with lactobacilli (a common bacteria that produces lactic acid and can be found in yogurt, beer, cocoa, pickles and lots of other foods). The drink tasted refreshing and left Mishima feeling invigorated.

By the 1960s, Calpis was sold in concentrated form, packaged in brown glass bottles wrapped in white crepe paper with a blue polka-dot pattern. That design still evokes sweet memories for me. When my mom wasn’t looking, I would sneak drinks of the super-sweet concentrate right out of the bottle.

We moved to northern Virginia in the mid-1960s, when I was 8 years old. Calpis wasn’t available in any American stores, though I recall seeing it in the Japanese grocery store in Washington D.C. where my mom shopped for supplies every week. When we moved to Colorado in the 1970s, we found Calpis at Pacific Mercantile, the Japanese supermarket in the new Sakura Square, the “tiny Tokyo” block of downtown Denver. Over the decades, the name changed in Japanese and Asian markets in the U.S. from Calpis to Calpico.

Also over the decades, variations of Calpico have been added to the product line: Calpico soda with carbonated fizz that’s pretty delicious, and an array of fruit flavors in pre-mixed, ready-to-drink bottles in addition to the original concentrate, now sold in plastic bottles and cartons. The new flavors are all quite tasty: Lychee, Mango, Strawberry and White Peach.

I won’t lie — even as an adult, I have been known to buy Calpico concentrate and gulp it straight out of the bottle. I don’t do that anymore (my doctor would kill me if she ever found out).

But I do still enjoy me some refreshing (diluted) Calpico when I’m thirsty for something cold, wet, smooth and sweet.

And now, the California-based American arm of the Calpico operation has doubled down on fans’ loyalty to the drink in all its variations — and its potential to attract a new and wider consumer base. They’ve made Calpico available in some of the country’s largest national supermarket chains (that’s Kroger’s King Sooper in the Denver area), and, they’ve launched an Amazon store just for Calpico (which also ships Calpico’s Juroku Cha, a 16-ingredient caffeine-free grain tea).

The Calpico US website even has recipes for non-alcoholic drinks (smoothies, lassi yogurt drinks, shakes and mixed with tea) and cocktails (as a whiskey mixer, for instance). I’m allergic to alcohol, so I’ll leave the hard drinks to others to try, but yeah, I’ll give some of the soft drink recipes a shot.

It’s cool to think that such an iconic drink from my childhood has finally gone mainstream in America!