During the Coronavirus pandemic, we’ve all gotten used to staying home every evening – no parties, dinners at restaurants, movie nights, concerts. Just a lot of plopping down on the couch to see what’s available on demand via cable, Netflix, Amazon Prime or other streaming source that brings entertainment to your living room. A lot of people have been reading...

I gave a recent reading to a full house at the Japanese American Museum in San Jose's lovely Japantown, and had a blast. During a recent trip to San Francisco to attend the annual conference of the Asian American Journalists Association, I squeezed in two readings from the new revised edition of my book, “Being Japanese American.” The two events reminded...

“Confucius Says” is an engaging novel about Cary, a Chinese American woman who takes in her aging parents largely because of the ancient cultural values and traditions expressed by Confucius, about filial piety and respect for elders. She has siblings who live far from northern Virginia where she lives, so she becomes the primary caregiver as the novel follows her parents’...

Want to get a photo in v2.0 of my book, “Being Japanese American?”

If you have these things you must be JA 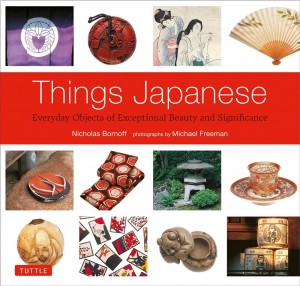 All the Japanese Americans I know have all sorts of ways to show their cultural roots. It may not be evident when you meet them, but the signs are there, in their homes. When I was a kid living in Japan, it never occurred to me that the stuff in our house was… well, Japanese. And when we moved to the U.S., we took a lot of our stuff with us – folding screens, small artworks, dolls, dishware, pottery, chopsticks and cooking utensils, and a lot more. Once we moved into a suburban Northern Virginia home in the mid-1960s, we set about fitting in to our all-American Wonder Years life: nice ranch home, big back yard, all our Japanese stuff inside. Oh, except for my dad built a Japanese rock garden in the back yard complete with a stone lantern, and he planted a cherry blossom tree in the front yard, which bloomed every spring at the same time the famous cherry blossoms that were given to the US. That tree has grown huge in the decades since – I’ve seen photos, and it looks like a giant fluffy ball of pink cotton candy that dominates the yard, and hides most of the old house behind it.
Read More 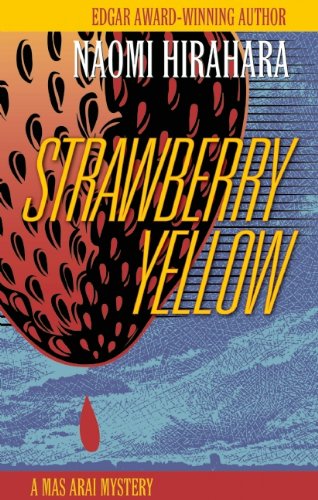 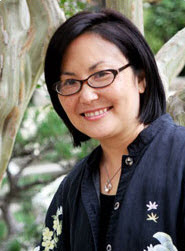 Reiko Rizzuto’s “Hiroshima in the Morning” is a powerful memoir

The media are reporting on how Muslim Americans are braced for attacks this weekend, because of the 9/11 anniversary. I know what that's like, unfortunately, though not on the scale of violence and hatred Muslims are facing today. It's a sad commentary on the state of American "patriotism" that Japanese Americans still get nervous every December 7 because we grew up with racial slurs of "go home, Japs" and "Remember Pearl Harbor!" Such are the deep emotional scars that form after a national trauma, and ethnicity and religion add layers of fear and complexity. It's understandable in a way, but also unjust -- Japanese Americans had nothing to do with Japan's attack on Pearl Harbor any more than German Americans had to do with the blitzkrieg of London. And Muslim Americans certainly had nothing to do with the awful attacks of 9/11. It's too bad that so many Americans can't understand such a basic fact and separate nationality from ethnicity, faith from fanaticism. These schisms are bouncing around my head along with the powerful writing of author Rahna Reiko Rizzuto, whose terrific second book, "Hiroshima in the Morning" has just been published by the Feminist Press. The book on its surface is a simple idea: A memoir of Rizzuto's 2001 trip to Japan, paid for by a fellowship from the National Endowment for the Arts to research the stories of Hiroshima bomb survivors, a group that shrinks each year as the generation passes away, in the city where her own family roots are planted. Rizzuto lived there for eight months to find people to interview, so she could write her second novel. Instead, she came out of the experience with her life changed profoundly, and this memoir came first before the novel, which is finished but incubating a bit before she sends it to editors under the name "Shadow Child." Until the novel comes out, readers can devour "Hiroshima in the Morning" and marvel at Rizzuto's craft and literary approach to telling non-fiction stories, as well as her brave willingness to expose the emotional evolution she undertakes by the end of her fellowship. Her ability to write literature as if it were non-fiction is what set Rizzuto's first novel, "Why She Left Us," which won the American Book Award upon its release in 2001, apart from other books based on the Japanese American internment.

Rizzuto, who is half-Japanese, based that first book in part on her mother's experience of being interned at Camp Amache in Colorado during World War II. But she interviewed many former internees to collect observations, details, relationships, experiences and story lines that she wove together into fiction that rang with the power of truth. She wrote the novel in the different perspectives and voices of its main characters, and jumped through time and space in ways that masterfully held the reader on track, following the devastating legacy of internment on generations of one family. It was unorthodox, artsy and literary, and a riveting read. I look forward to seeing how she uses the research in Hiroshima as fuel for her fiction, especially after reading "Hiroshima in the Morning."
Read More

How the Japanese fortune cookie became a Chinese food icon 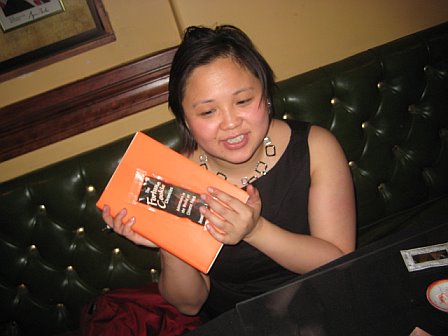 We had dinner last night at the venerable Denver Press Club with Jennifer 8.Lee and learned about Chinese food. The dinner was Chinese takeout, of course, from a DU-area eatery called "Hong Kong Cafe." It was pretty good. The dinner was organized by John Ensslin, president of the Colorado chapter of the Society of Professional Journalists. The unfortunately small gathering was treated not only to good food and conversation, but a wonderful and entertaining presentation by Lee, a New York Times Metro reporter who has just published her first book, "The Fortune Cookie Chronicles," which is a peek at the cross-cultural pollination that Americans think of as Chinese food. First of all, change your idea of Chinese food. What most people in this country consider Chinese food is really Chinese American food. To underscore the point that Chinese food is more American than apple pie (as Lee asks, how often do Americans eat apple pie, and how often do they eat Chinese food?), the presentation begins with a startling fact: There are more Chinese restaurants in this country than McDonalds, Burger King, Wendy's and Kentucky Fried Chicken combined.
Read More