Gil Asakawa's Nikkei View | Peachy: “Changing Season” captures the passing of a family farm from one generation to the next
6155
post-template-default,single,single-post,postid-6155,single-format-standard,qode-quick-links-1.0,ajax_fade,page_not_loaded,,qode-title-hidden,qode-theme-ver-11.0,qode-theme-bridge,wpb-js-composer js-comp-ver-5.1.1,vc_responsive

12 May Peachy: “Changing Season” captures the passing of a family farm from one generation to the next 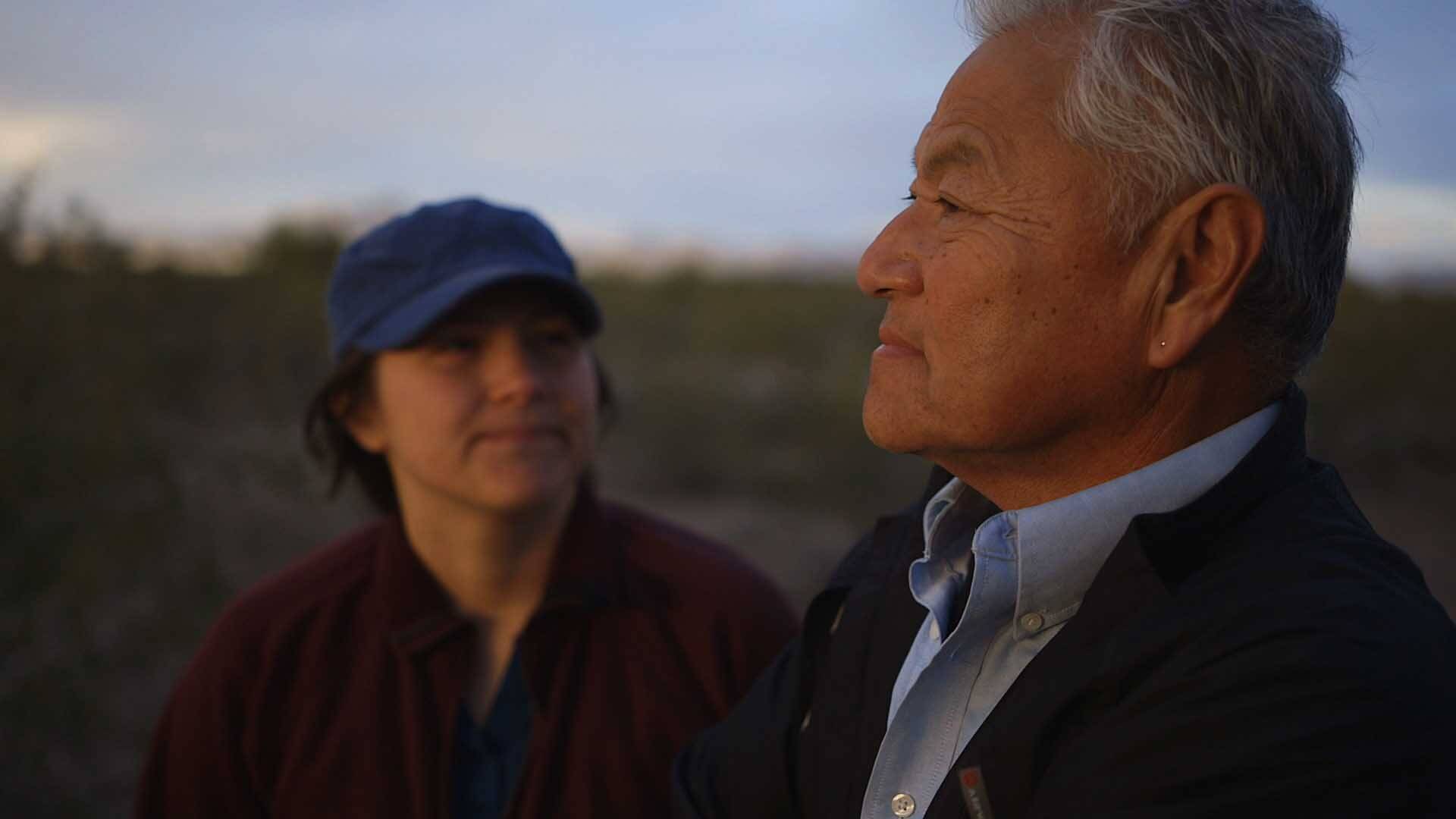 “When I was growing up it was somewhat conventional. At the time fertilizers and pesticides were expensive. When we were transitioning to organics, I relied on my father’s experience of farming. It was much simpler.”

The Masumoto farm was certified organic in the late 1980s. “There were few organic markets at the time, so we were in the right place at the right time,” Mas says. Mas has also been a prolific author of seven books, and with Marcy and Nikiko, the Masumotos have even published a cookbook of farm cooking called “The Perfect Peach: Recipes and Stories from the Masumoto Family Farm.”

Ironically, Nikiko also attended Berkeley with the intention to leave the seasonal labor of the Central Valley. “Yes, when I left to go to Cal I didn’t want to come back to the region at all.”

She enrolled for Gender and Women’s Studies. “It was the area that set my soul on fire.”

But like her dad, Nikiko took a detour that led her back home. “In studying power and thinking about what I would do in my life, I also took an environmental studies class, and there was a speaker who a talked about not using pesticides.”

She realized that the Masumoto Farm was doing important work, and that peaches fit into her social justice/activist worldview.

The documentary is about Nikiko coming home to help Mas with the farm, with the intention of taking over someday. That process is hastened when Mas needs heart surgery, and Nikiko steps to the proverbial plate to take over the farm earlier than she had planned.

The film also focuses on the history of being Japanese American in California – Nikiko and Mas at one point travel to Gila River, Arizona to the location of the concentration camp where Mas’ parents spent the war years. The whole family had visited there a couple of years before.

“This was my fourth time,” Mas says. “Right after college, I went down there on my own. Gila wasn’t developed like Manzanar (in eastern California, the most famous camp, and the one that’s been most restored as a historic site). It was in the mid-‘70s and it made a huge impact on me. All the roads and paths between buildings were much more visible back then. It was both very alien and at the same time it was my family’s home.”

Nikiko adds, “For me it was such an emotionally immersive experience. Being there as a Yonsei (fourth generation Japanese American) and really processing the landscape and imagining what my family felt daily living in the desert, and trying to understand my relationship with the space. It’s a heavy place to be.

“It’s easy to make community trauma into something cerebral and factual. The facts are very important but the other truth, the truth of the body, thinking that my jiichan and baachan (grandfather and grandmother) met as young people at Gila River. When I really think about them wanting to have a family, that is such a leap of faith. I’m not sure I would want to start a JA family post-WWII. That power was really gripping. There isn’t a single day that I’m not amazed at their spiritual resilience.”

That family heritage of resilience also resonates with Nikiko because she’s lesbian, which adds another layer of “other” besides being a mixed-race Asian to living in the state’s conservative rural heartland. “The point is claiming a space as home and knowing we belong there against hatred, racism, homophobia, has been instructive,” she says. “Radical love is not rosy all the time. Love in a public sense is work to build bridges where there appears to be none.”

In a way, the film tells the story of this family’s growth as much as it does the growth of the literal fruits of their labor.

Director Choi follows the family as brother Korio comes home to help during a break from college, and Nikiko tries to recruit him into becoming a third-generation farmer too (she didn’t succeed, at least not during the film, but she says “I want to make sure he knows the door is open for him to walk through at any level”); and when grandma Masumoto visits and reminisces as Nikiko fixes up her home. Choi also captures the interaction of Nikiko and Mas with their Latino laborers, and films Latino women visiting with the Masumotos fondly remembering what it was like to grow up on the farm.

The inevitability of the passage of time hangs throughout the movie – Mas wonders how many more seasons he’ll be working the peaches. In the end his triple bypass surgery adds an inescapable drama to the documentary. He’s recovered since, and though he says he can’t do as much as he used to, he’s still out on the farm, helping and continuing to teach Nikiko.

The film has been a blessing for the family even though it’s also upended their routine – the three had to interrupt their early morning routine on the farm to come back home for the interview, before running back out to the peaches. And their weeks have been chockfull of premiere screenings, events and attention that has never come to them before.

But the documentary has also given them a chance to appreciate the family’s strength. “It’s been an amazing gift to step outside yourself and watch our family dynamics and watch us work together,” Nikiko says. “It elevates and deepens conversations we’ve been having about intergenerational work. The film’s been an amazing tool.”

She adds, “For me the other amazing impact has been overwhelming connection with people after they’ve seen the film. The film resonates with so many levels – stories about fathers and daughters, family farmers, queer stories, mixed-race.

“It really makes me have faith in humanity that a piece of art can open people.”

NOTE: This film will be screened as part of the Colorado Dragon Film Festival in Denver on Sunday, May 22 at 12:00 noon. Click here for tickets.

You can also check your local PBS station for upcoming air dates for “Changing Season: On the Masumooto Family Farm,” or check with your area’s Asian American film festival or any film festival.