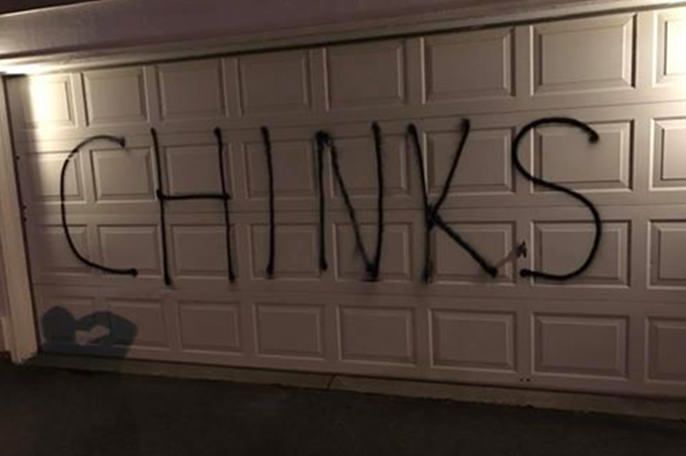 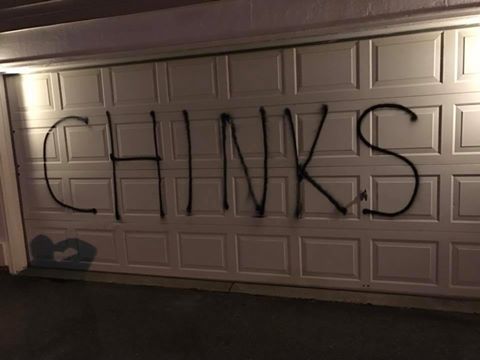 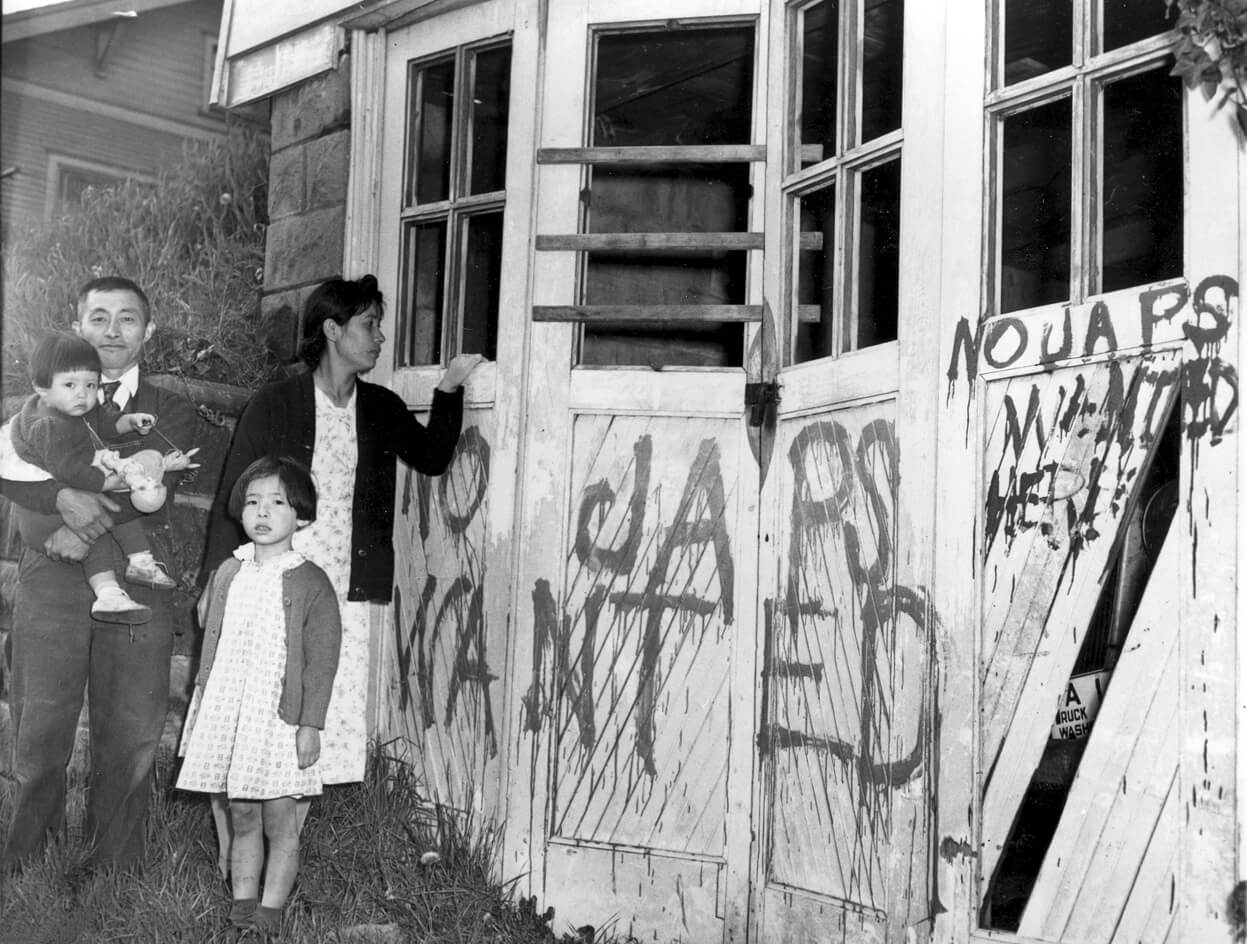 These photos are mirror images of anti-Asian ignorance. The first is from a news story today about racist graffiti on the Minneapolis home of a Hmong American family; the other is a very similar message on a Japanese American family’s home 75 years ago. This year we mark the 75th anniversary of the signing of Executive Order 9066. We need to think about that document’s impact on America, and hope we don’t make the same mistake today.

Happy New Year! Shinnen akemashite omedetou! I love the New Year because it’s a time to both look back and assess our accomplishments from last year, but also to look forward with hope and anticipation for the successes to come this year.

Organizations such as JACL, which are on the front lines of social justice, civil rights and human right, will need to be vigilant. We’re now entering an era (let’s hope it’s just four years) when our fundamental values of fairness, ethics and humanity will be threatened. Our new President in just a week in office has signed a flurry of executive orders and some of them may go down in history as being as onerous as harsh and unjust as Executive Order 9066 turned out to be.

When President Franklin D. Roosevelt signed EO 9066 on February 19, 1942, he may have thought he was doing the right thing to protect the United States. He may not have realized that he was legitimizing the US military’s ability to round up more than 110,000 people of Japanese heritage – men, women, the elderly, children, infants – and place them in hastily thrown-together concentration camps in desolate areas of the country (no offense to people who live by the former campsites).

It took more than four decades, after a grueling decade and a half of efforts by Japanese American leaders (including JACL) for President Ronald Reagan’s signature on the Civil Liberties Act of 1988, which included a formal apology from the government and restitution for the injustice of upending an entire community’s lives because of “race prejudice, war hysteria and a failure of political leadership.”

I hate to say it, but it feels as if we’re dangerously close to replay this scenario today. The crazy talk during last year’s presidential campaigns of banning Muslims, then banning Muslims from certain countries, creating a database of all Muslims in the US and then finally, creating a “registry” of Muslims – which was mentioned with the “precedent” of the Japanese American incarceration experience as a model – has turned out to be not so crazy, but quite real.

President Trump has already signed orders that will make America not great, but narcissistically focused on itself – much like the President himself, with his obsession over image and popularity.

Freedom of the press is also taking broadsides from the new administration, which insists that accurate reporting about the size of the inaugural crowds or the lack of proof for voter fraud during the election is an attack on the president’s “legitimacy.” Instead, Trump and his spokespeople offer up “alternative facts” to counter the truth with lies.

Yes, the election is over, and Trump won. We shouldn’t continue litigating that fact. But look at the months since the election, and the President-elect’s behavior before the inauguration. Look at his behavior this past week. Media reports (no doubt the “failing,” unfair media) note that even some of his aides are concerned about the President’s inability to focus on running the country, instead waging a running battle with his critics that focuses on himself.