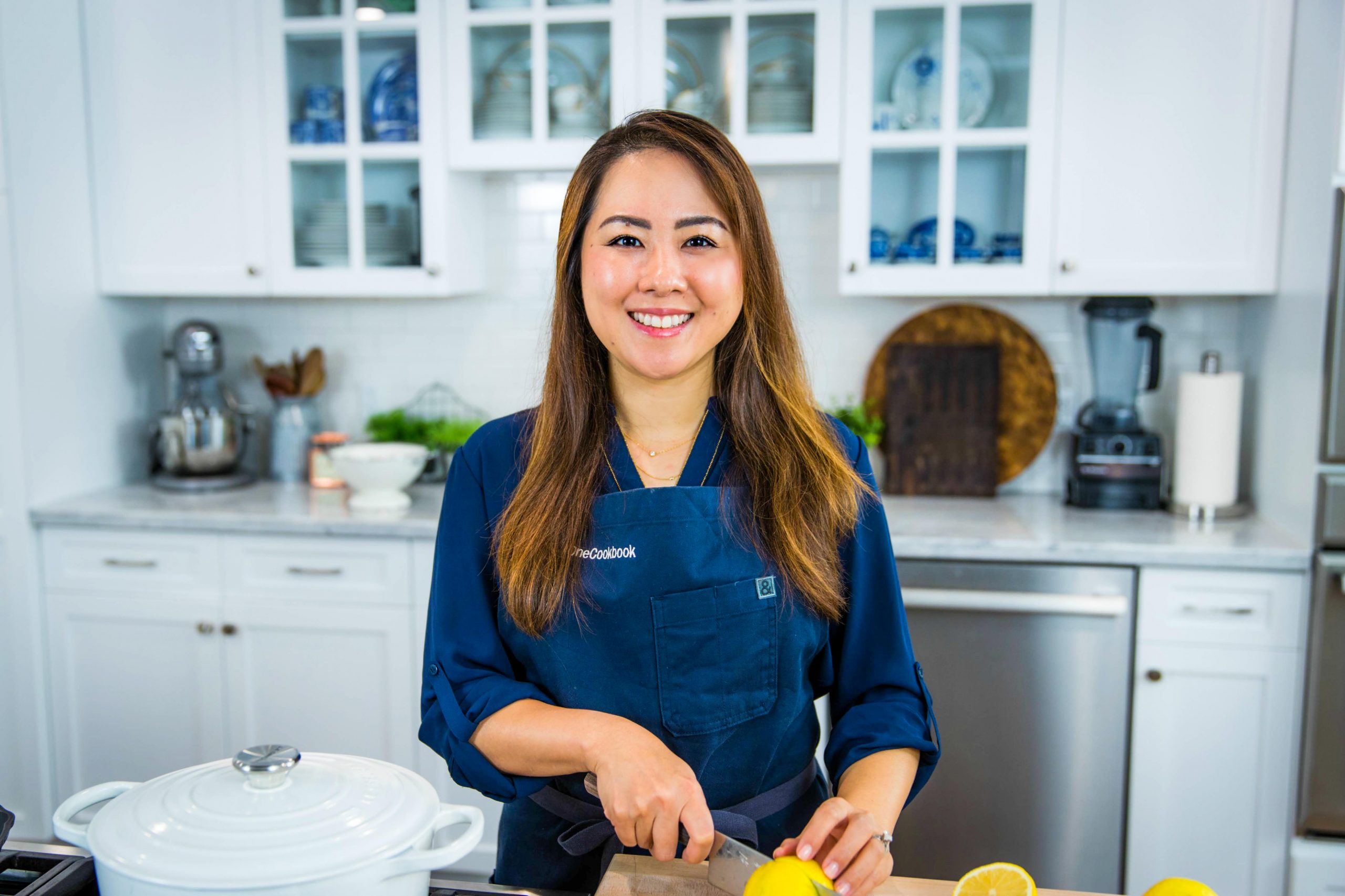 26 Aug If you want to cook Japanese food, Nami can help

Since before the coronavirus pandemic hit, I’ve been a fan of Namiko Chen and her website JustOneCookbook.com, which collects her recipes for the food she grew up with in Japan and now cooks for her family and friends in the U.S. My wife came across the site first and forwarded me various dishes that sounded delicious. I began following Nami’s videos on her YouTube channel, and her posts on Instagram and Facebook. We’ve made almost a dozen of the dishes she features.

Her recipes are aimed at Americans who want to cook authentic Japanese cuisine, without making the dishes seem exotic or difficult. She offers substitutions for ingredients that might be hard to find in the U.S., and even posts stories that list the stores where they’re available (Japanese groceries, Asian markets, local supermarkets).

And, most important, in both her written posts and videos, Nami explains the food and gives them cultural context, so you’ll learn the origins of a dish or ingredient, and why some dishes are made for certain occasions.

“I believe that food and culture are often intertwined, especially for a society like Japan,” she explains. “When I started sharing the history and background of Japanese cuisine, I realized that many of my readers appreciate the learning of it. It is like a revelation as to understand why the Japanese do certain things in particular ways. Why we eat beans on Setsubun, soba on New Year’s Eve, Chirashi Sushi on Girls Day, etc. There’s a larger meaning behind the food that we eat.”

The blog and YouTube channels also share her trips to Japan and her travel tips for fans. “We received a lot of requests from readers on travel recommendations to Japan. Since my family visits Japan every year, it is only natural for us to share Japan travels and tips on the site,” she says.

Although her work is professional and well-produced, Just One Cookbook isn’t a slick corporate operation. It’s a family business with her creative culinary skills at the center and her husband’s behind-the-scenes help with photography, video and website maintenance (her husband is Taiwanese American, hence her last name). It wasn’t even a business at first – just a blog to share recipes. And, there was no cookbook even though the URL is www.justonecookbook.com. She added an ebook with 33 essential recipes after three years because her audience kept asking, and she gives 20% of proceeds to charity. These days she has a small team helping her with some content like articles about Japanese culture.

She’s a terrific ambassador of Japanese culture through food, and an engaging guide into the world of Japanese cuisine. “There is a potential with the work that we do at Just One Cookbook. More than just a recipe site, we think it’d be so much more meaningful if we could also make it an educational and learning experience for anyone who is interested in Japanese culture.”

Nami was born in Osaka and raised in Yokohama, then came to the U.S. for college, where she met her husband. She grew up around her grandfather’s teppanyaki and shabu-shabu restaurants, and helped her mom prepping family meals. She credits her roots with her knowledge of the foods of Japan, including the regional variations.

“Having the opportunity to be in both Kanto (the region where Yokohama is) and Kansai (Osaka and Kyoto, which have distinctly different food cultures) regions since childhood exposed me to authentic flavors from different regional foods of Japan.”

This background is the prime ingredient for her work today. “All the years of helping my mom allowed me to comfortably and confidently cook Japanese food at home,” she says. “My mom had never written down her recipes, so I started recording recipes on a blog. That’s how I started Just One Cookbook!”

She began sharing recipes by request. “When I got married and had children, our friends were going through the same phase in their life. They knew I cooked often for the family and started asking me for easy Japanese recipes that they can also make at home. I started sharing recipes on Facebook in 2009.” That eventually evolved into the blog.

Her website has grown with the increased interest and awareness of Japanese cuisine.

“We did not expect Japanese food’s popularity to grow so quickly in the U.S.,” she admits. “Even just 10 years ago the typical Japanese restaurants only focused on sushi, tempura, and chicken teriyaki. As Japan became a more affordable travel destination, visitors got a taste of true authentic Japanese food and this started to create a demand for wider options outside of the standard offerings. People are also showing interest in cooking Japanese home cooked dishes and unique regional foods.”

She has even posted a series of recipes in response to the popular Netflix series, “Midnight Diner: Tokyo Stories” so readers can create the dishes featured in the likable show, in which a solo chef runs a small homestyle restaurant that opens at midnight and can cook anything his customers request. She’s also now a regular contributor to the Nichi Bei Weekly, the San Francisco-based Japanese and Japanese American community newspaper and website.

In the Bay Area where Chen lives, she adds, “I’ve seen an explosion of authentic Japanese restaurants and many of them offer different varieties of food.”

And COVID-19 and the quarantines that have shut down or reduced restaurants to takeout menus have boosted her visibility even more, she says. “We are seeing three times as many visitors to our website compared to a year ago, along with increased interactions and followers on social media. When I talk to other food blogger friends, they are seeing the same increase as well, so we are not the exception. With limited restaurant availability, people around the world are going to food blogs to see what recipes they can make at home.”

That mission – to help people cook real Japanese food at home – keeps her going, even though she admits that she’s still very self-conscious when she’s on camera for her videos, which were started at “Mr. JOC”’s suggestion.

“My readers keep me motivated to do what I do. To me, it’s never about being famous, but it’s about empowering people to cook Japanese food at home. I hope to share the joy of cooking at home as it’s such a rewarding experience.”