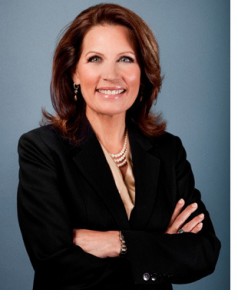 Really? During Monday night’s Tea Party debate among the Republican presidential candidates, Michele Bachmann noted that U.S. immigration law was just fine until the mid-1960s when Congress made it possible for Asians to enter the country after decades of being excluded. The Immigration and Nationality Act of 1965 finally opened the door to people like my mom’s family for the first time since the Asian Exclusion Act and National Origins Act, both passed in 1924 as part of a package of immigration laws designed specifically to give preferential treatment to European immigrants.

It was great for Bachmann, who describes herself as coming from a “family of Norwegian Lutheran Democrats.”

It’s simply ignorant for a presidential candidate who claims to want to represent everyone in this huge and diverse country, to suggest publicly that people who are not like herself shouldn’t have had the opportunity to achieve the mythic American Dream. She blames the 1965 bill for leading to the immigration ills of today, and said outright during the debate that “The immigration system in the United States worked very, very well up until the mid-1960s when liberal members of Congress changed the immigration laws.”

It’s amazing how many misguided, misinformed and ignorant things Bachmann blithely says. Although the spectacle of her campaign is entertaining in a way, I hope her run doesn’t last all the way past the primaries.