The fictional framing serves the story well, and gives Arakawa the creative freedom of shaping the narrative and dialogue for a sweeping, epic look at her family’s history that starts in pre-war San Francisco and ends as her family returns to the Bay Area after the war, and after spending time in Denver upon leaving the Rohwer concentration camp in Arkansas. Yet, that history is told in exquisite vignettes, as if she is remembering one memory at a time, turning them over like a Rubik’s Cube in her mind and then lining up the colors before moving on to the next memory. 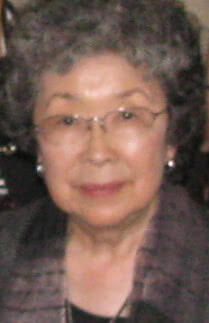 That may be because Arakawa, who was a child when she and her family were incarcerated, didn’t start out planning to write a book about her experience.

She had been writing, but not fiction. “I was pretty good with grammar and I could write essays. I never wrote for pleasure, so to speak.”

Her introduction to writing about being Japanese American came for a contest. “(The) Hokubei Mainichi (newspaper) had a essay contest. I saw a car that had no license plate but said ‘Pearl Harbor survivor,’ and I had a reaction and ducked under the dashboard.” So she explored her feelings about Dec. 7, 1941.

“I wrote this thing and called it ‘Pearl Harbor Survivor’ and in the process of writing it I added the background of the camp experience. That was like the first time something I wrote was published. I think I won second place or something.”

After her husband retired, the couple began traveling. “I started writing stories about our trips. I would pass them out to my friends. So I thought I would polish up my writing skills.”

“The instructor asked, ‘did this really happen?'”

The writing teacher’s parents were professors, and he had gone to school in Little Rock, Arkansas, the state where Arakawa’s family was imprisoned during WWII. But this was the first time he had heard about camps. “He got so upset and said ‘you have to write this in a book,'” he counseled. “That was like 15 years ago.”

“I never faced discrimination in the neighborhood of recent immigrants where I was born. Further, by birthright, I have always thought of myself an American, just like most of my friends who were also born of immigrant parents. (This was demonstrated when I tried to correct my taunters in my new neighborhood. (Page 40 in the book.) I didn’t feel I wasn’t American, I felt that others didn’t regard me as such.

“That started with our move out of our immigrant neighborhood and reinforced by the treatment we received during the war. I believe my work with textbooks was fueled by my strong sense of identity, although severely challenged by internment, to ultimately prevail as an adult.”

Arakawa recounts the years in concentration camps, but unlike other books about the JA experience, she continues the story into the year she spent in Denver, before her family decided to return to the West Coast.

“We stopped in St. Louis on the way to Denver,” Arakawa says. “It was a shock to no longer see nothing but Asian faces. It was like we had come to a foreign country or something.”

As an adult, she became part of the Bay Area’s JA community, and was asked to speak to schools about her experiences.

In the late ’60s and ’70s she was elected to the position of Palo Alto PTA Council Human Relations Chair, and organized a task force for evaluating textbooks for a diverse perspective. She co-authored a handbook on evaluating books for multicultural content.

“One of reasons we aren’t seen as Americans is because we don’t appear in textbooks,” she says. “Our committee went to Sacramento and we had this clause added to the education code that all books be evaluated for multicultural perspective.”

That perspective — being open to all people — drives the narrative of “Little Exile.”

And, makes it a terrific addition to the JA library.