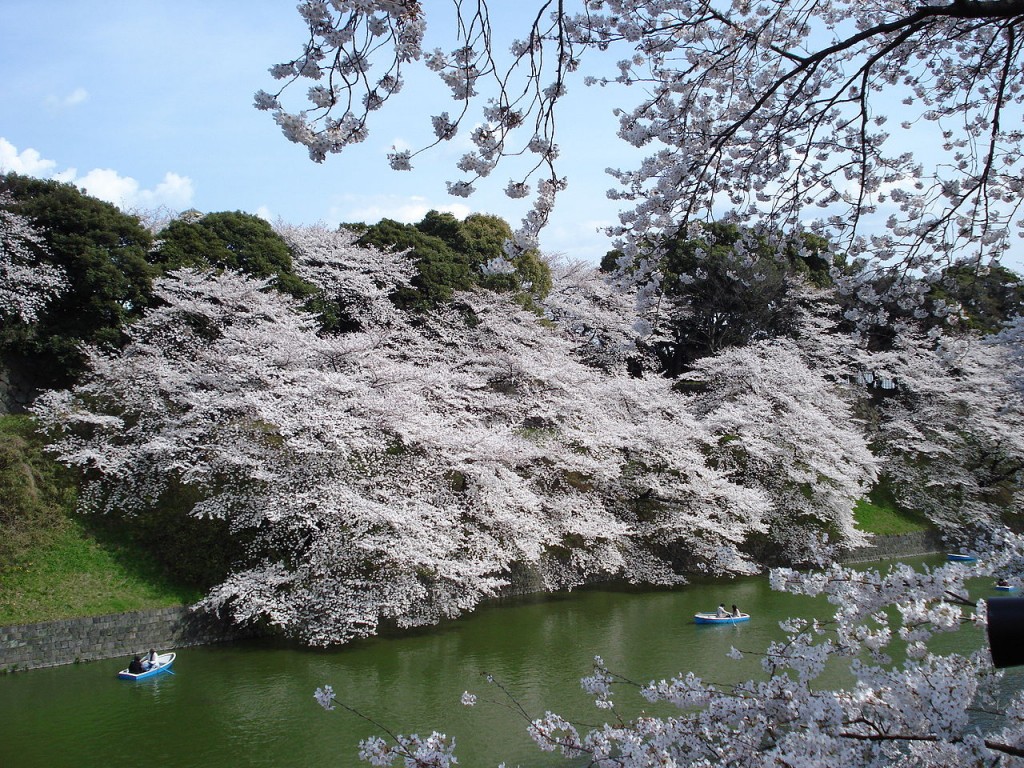 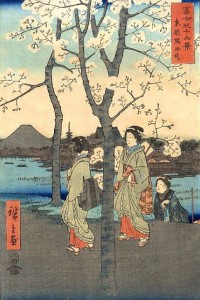 When my family moved Stateside in the 1960s and lived in northern Virginia, we would visit D.C. every spring to enjoy the sakura there.

My father even planted a cherry tree in our front yard in Sterling Park, the subdivision where we lived. It was a scrawny thing with a few blossoms when we were there. We moved to Denver in the ’70s but the tree is still there at our old ranch home, and it’s now huge and pokes at the sky with authority.

I bet it’s beautiful in the spring. Because of the warm weather, the cherry trees bloomed early in Washington. 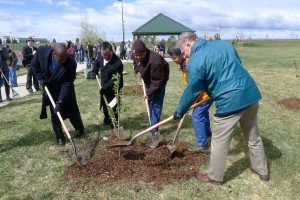 Japan is commemorating the centennial of that gift of sakura this year, and the Consul General of Japan at Denver last weekend hosted a tree planting at Town Center Park at Green Valley Ranch, a new subdivision off Pena Blvd. close to Denver International Airport.

The event was supported by the Japan America Society of Colorado and Soko Gakkai International, a Buddhist sect that’s known for planting cherry trees worldwide, and which brought dozens of volunteers to help dig new homes for the trees.

The day was chilly and windier than mere bluster, and the attendees shivered through some speeches before walking around the lake and planting the trees along a walk that gives a nice view of the front range looming up above the horizon to the west. These trees have a nice home. The park plans to plant a total of 200 trees over time. They’ll have to be hardier than the ones that thrive in Washington’s humid climes — I’ve seen only a few cherry trees in Colorado. My father never planted one after we moved here.

The Consulate threw a nice party inside the community center following the planting, with a banquet featuring three giant sushi boats provided by Japon, and a tea ceremony and lilting koto music by master performer Junko Shigeta.

For the many non-Japanese in the room (and for the Japanese Americans, for that matter), it may have been the first time they enjoyed such cultural traditions. I’ve watched a tea ceremony, and tasted the tea after a ceremony, but never was taught until now, how to turn the large tea cup, sip three times and finish the serving with a fourth gulp, and then wipe the bowl and turn it again.

Japanese culture is all about rituals, like the ritual of hanami. It’ll take a while for Coloradans to be able to picnic under the trees at Green Valley Ranch, but it’ll be a beautiful ritual when they do.