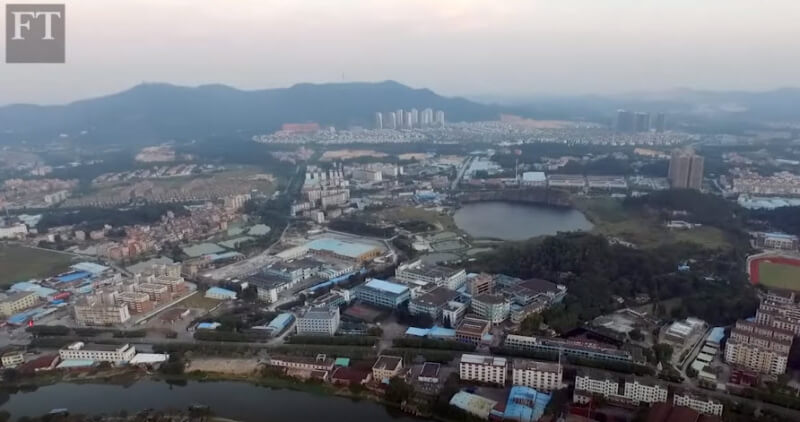 The downside to all this growth is captured in the nervous joke that’s been making the media rounds: “When China sneezes, the world catches cold.”

If and when China’s economy slows down, there’s a global ripple effect, an economic tsunami that can engulf weaker economies and weaken the strong ones. Some experts have been warning that the slowdown’s not just inevitable, but is already underway. You can see the warning signs in some of those new fancy cities that have been built in recent years. There are gleaming “ghost cities” that stand mute, with no traffic at all, because no one lives in them. And, as the sneeze affects the country and the chill causes corporate shivers, factories close down and workers are starting to head back home.

The Financial Times looks at the current state of China’s economic explosion and how it’s been tied to a huge wave of migration from the countryside to the cities that’s coming to an end, with a series of in-depth articles and this well-produced, thought-provoking 15-minute documentary feature:

Read and watch the reports, because if you’re interested in Japan, Korea or any other country in Asia, or our own American economy, we need to be aware of what’s happening in China and understand how it can affect the rest of the world.

Note: I’m going to be partnering with The Financial Times (a newspaper and online media company which, ironically, is these days owned by a Japanese newspaper, the Nikkei or Nihon Keizai Shimbun, Japan’s equal to Wall Street Journal) to present video features when they cover Asia or issues related to Asia. Let me know what you think.