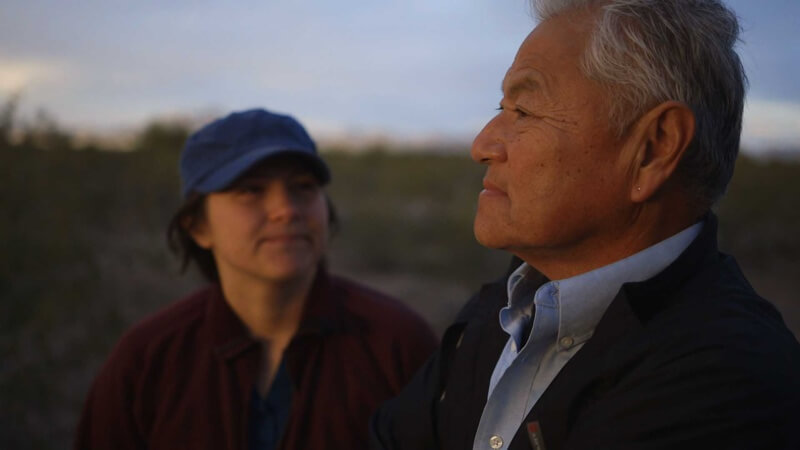 Evan Jackson Leong, the director of the entertaining and inspiring documentary “Linsanity: The Jeremy Lin Story,” tells interviewers that Lin’s story “transcends sports, race and culture.” That’s true enough, because Jeremy Lin‘s story — a determined young man loves basketball above all else but is ignored by colleges and the NBA despite his talent, and perseveres in the end by sheer determination and religious faith — is universal.

But as an Asian American, Lin’s story is inspirational for me precisely because he’s Asian American. His ethnicity was the main reason he was dismissed by colleges and the NBA, even though he was an all-star leader in high school.

I hope everyone watches “Linsanity,” which went on sales on DVD this week, and is inspired by his universal story, or his incredible accomplishment as an Asian American.

I know many Asian Americans watched it at film festivals, or during one of many special fundraising screenings for Asian and Asian American nonprofit organizations across the country. In Colorado it was screened by an Asian American fraternity at the University of Colorado in Boulder and a Japanese American history group in Denver. If Asians didn’t watch the documentary in a theater, they probably watched it on cable TV — Comcast featured it in its Asian American channel for months.

But it’s great to revisit “Linsanity” on DVD (wish there were some extras added, though).
Continue reading →

Filmmaker Linda Hattendorf posted the sad news today on the Facebook page for “The Cats of Mirikitani,” the wonderful and powerful documentary she made in 2006:

It is with deep deep sorrow that we must share the sad news that our dear friend Jimmy Mirikitani passed away on Sunday October 21. He was 92 years old. Thank you for all the love you have shown him; his friends and fans meant the world to him.

There will be a public memorial on December 9 at 5 pm in New York at the Japanese American Association, 15 West 44th Street, 11th floor, New York, NY 10036. All are welcome.

Mirikitani turned 92 this past summer, just before he visited Denver for a whirlwind weekend for an opening reception at a gallery exhibit of his artwork, and a screening of Hattendorf’s film. (The video above is from the gallery opening, when he was presented with a birthday cake.)

Mirikitani and the filmmaker, along with the film’s producer Masa Yoshikawa, had been on the road for a week already, and attended a pilgrimage to the Tule Lake internment camp from San Francisco. After Denver, the trio were headed to New Mexico for another screening and art exhibit.

He was adorable, a feisty old man full of good humor and the determined energy that served him through his long journey through the edges of American society.
Continue reading →

If you don’t know who Anna May Wong was, she was an Asian American pioneer in Hollywood who deserves wider recognition. Filmmaker Yunah Hong has produced a one-hour documentary about Wong, “Anna May Wong: In Her Own Words” that’s been screened at the Busan International Film Festival in Korea, and at festivals across the US and Canada. The film was completed with the help of the Center for Asian American Media, an offshoot of the Corporation for Public Broadcasting.

Now she’s hoping to air the film on PBS so she can reach more people with Wong’s story, but she needs $20,000 just to pay for the licensing rights and insurance required by the network.

The public can help Hong get the documentary on public television. Hong is raising the funds through Kickstarter.com, and she’s raised two-thirds of her goal. She still needs about $6,000 to succeed, and that’s where you come in.

Read about the film on Kickstarter.com and donate — time is of the essence, since there are only six more days until the campaign ends. If she doesn’t raise the full amount, monies donated will be returned. So it’s all or nothing.

Give thanks for artists like Anna May Wong who helped paved the way for Asian American artists today — DONATE! The minimum amount is just a buck, but give more. There’s a list of great premiums you’ll get for giving various amounts. You’ll get a DVD of the film for $50, for instance, or a screening of the film in your hometown (US only) with Hong for $5000 or more. DONATE…

I’ve known about Kickstarter.com, the fundraising site for creative startups and projects in a variety of categories including film, art, dance, technology, design, journalism, comedy and others, but I’d never really looked into it. This week, though, I’ve come across several very cool films by Asian Americans that are using Kickstarter to ask for donations.

Here’s how it works:

Kickstarter is a new way to fund creative ideas and ambitious endeavors.

â€¢ A good idea, communicated well, can spread fast and wide.
â€¢ A large group of people can be a tremendous source of money and encouragement.

Kickstarter is powered by a unique all-or-nothing funding method where projects must be fully-funded or no money changes hands.

Each project must set an amount needed and a deadline by which that amount must be raised. If you don’t get enough donations to reach the amount, you get none of the money that’s already been pledged. Each project offers different levels of thank-you gifts and rewards for donors, and donors can pledge as little as one dollar.

The submissions include a video pitch asking for donations, as well as written descriptions for the project. It’s a great way to generate crowd-sourced funding.

The three films I wrote about on my Posterous blog this week are all short films by Asian American filmmakers, and they’re all interesting ideas that I think are worth supporting. Here’s a little information about them, starting with the video at the top of this post, for “The Potential Wives of Norman Mao.”
Continue reading →