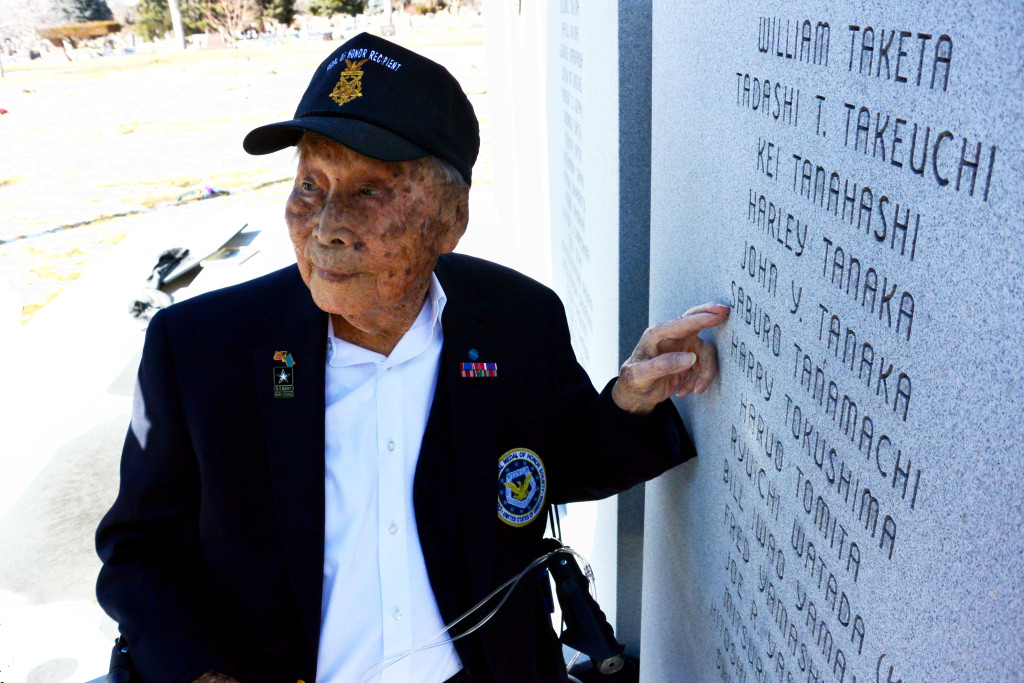 It was great to see the Nisei heroes of the 100th Battalion and 442nd Regimental Combat Team receive Congressional Gold Medals on Nov. 2 in Washington DC (watch the C-Span feed of the ceremony), and the media coverage of the long-overdue honor and recognition of these men’s patriotic achievements over 60 years ago.

Of all the media coverage, though, hats off to KABC in Los Angeles and to KABC anchor David Ono.

He’s produced a four-part documentary that the station should sell as a DVD, it’s that good and that powerful as an educational tool. The station sent Ono to Europe to interview people in Italy and France that remember the heroism of the diminutive Japanese American soldiers — it seems everyone was caught off-guard initially by the men’s height. He interviewed veterans and family members (the last segment is a real heartbreaker), and compiled an impressive amount of archival material for the reports.

I don’t know how long he had to produce this series, but he Ono deserves an award for this documentary. Here’s the link to the series on KABC, “witness: American Heroes.” Have some tissues handy….

President Obama today signed legislation at a White House ceremony to collectively award the soldiers of the 100th battalion/442nd Regimental Combat Team the Congressional Gold Medal. Individual members had been awarded Medals of Honor but as a group, this is the first time the bravery of the mostly Japanese American troops of the 100th/442nd has been acknowledged with such an honor.

Outside of Japanese American and Asian American circles, and probably military history buffs, I bet not many people know of these soldiers. The 100th/442nd, nicknamed the “Go for Broke” regiment, is the most highly decorated military unit for its size and length of service in the history of the United States.