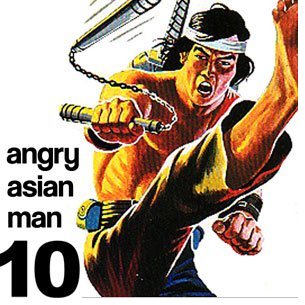 Asian students may walk with a little less fear next semester, now that the US Justice Department reached an agreement with the Philadelphia School District over a series of assaults that occurred a year ago.

The agreement is similar to one that South Philadelphia High School reached with the Pennsylvania Human Rights Commission, and requires Philadelphia schools to come up with a a plan to combat bullying, give multicultural training; and track incidents of harassment.

On Dec. 3, 2009, 26 Asian students were attacked and 13 were hospitalized after being attacked at school during the day. Some were pulled out of classes by African American students roaming the halls and assaukted, and others were attacked as they tried to leave the school cafeteria. Here’s one description from the complaint:

These attacks led to a weeklong boycott of the school by Asian students, which made national headlines.

It’s sad that a major city’s school district had to be told by the Justice Department how to handle such horrible examples of racial hatred and discrimination. Last year, it felt like the school was close to collapsing in violent chaos to anyone following the story.
Continue reading →

Coincidentally, Erin and I interviewed Phil tonight for , and although you missed the very lively live call, you can still register and listen to or download the archived MP3 file at your convenience, for the next 30 days.

BTW, next up on visualizAsian.com is an interview with Lac Su, the author of the kickass memoir, “I Love Yous Are for White People,” on Tuesday, Nov. 17 at 6 pm PT (9 pm ET).

Toward the end of our hour with Phil, we mentioned Lac (who’s also the mastermind behind the upcoming BANANA conference of AAPI bloggers in LA that Erin and I are attending) and we all agreed it’s a fabulous book, and if you start reading it you better call in sick the next day because you won’t want to stop until you’re done. We also agreed that all Asian Americans probably understand the books title; Phil thinks it’s the greatest title in the history of Western literature.

OK, so maybe he exaggerated a little bit. Still, it’s a terrific title, for a terrific book.

Many thanks to Phil “I’m not such an Angry guy” Yu for a great conversation tonight!

When I first started the Nikkei View as a weekly column in 1998 that ran in a Denver Japanese community newspaper (now gone), I posted the columns on my nikkeiview.com website. I wrote as a way of telling the world how I saw pop culture and politics through my Japanese American experience. In the decade since then, I’ve become involved in the larger Asian American Pacific Islander community, and converted the old website to this here blog.

At the time, I don’t think there were a lot of Asian Americans writing stuff on the web like I was. There may have been, but I didn’t reach out to find them. There were columnists who’d paved the way in traditional media (newspapers), like the late Bill Hosokawa, whose footsteps I followed early on, and Emil Guillermo of AsianWeek. The cool magazine Giant Robot launched back in 1994. The terrific Pacific Citizen newspaper had been publishing for decades, but didn’t have a website until a few years ago.

But there weren’t a lot of columns being posted online back in the day.

Now, the blogosphere allows for many voices from the AAPI community — the long list in my blogroll on the right of this page is always growing as I find new blogs to add — and a couple of them have risen to national prominence.

So Erin and I are planning to participate in a first-ever gathering of Asian American Pacific Islander bloggers called BANANA, Nov. 21 at the University of Southern California in Los Angeles (it’s a link to a Facebook page). It’s being organized by Lac Su, the author of the terrific memoir “I Love Yous Are for White People,” who ironically is not a blogger. (We’ll be interviewing Lac Su on Nov. 17 for visualizAsian.com.)

BANANA will hopefully establish once and for all that there’s an emerging chorus of voices that’s distinctly Asian American, that’s rooted in many Asian ethnic heritages, but is all tied together by shared experiences and values from living in, being born in and growing up in, these United States of America.

Not all of the bloggers I mention below will be at the BANANA event (see Joz’s comment below), but a couple of these voices have even developed a national audience outside the AAPI population: Continue reading →

Erin and I have booked three killer guests for our visualizAsian.com series of interviews in the AAPI Empowerment Series:

Next Tuesday, Oct. 20 at 6 pm PT we’ll speak to filmmaker Lane Nishikawa of “Only the Brave,” an independent movie about the Japanese American soldiers who fought during World War II that will be released nationwide on Veteran’s Day;

On Tuesday, Nov. 10, we’ll spend an hour getting to know Phil Yu, the man behind the must-read news site about Asian Americans, AngryAsianMan.com;

And on Tuesday, Nov. 17, we’ll meet Lac Su, the author of a powerful new memoir, “I Love Yous Are for White People.” Continue reading →