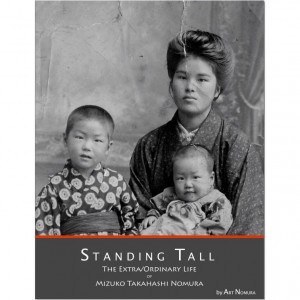 Is it just me, or is it irritating to have some white guy co-opting Asian iconography for a TV commercial and combining two different cultures? Sure, it’s a cool idea, and certainly well-executed production-wise. But this stop-action video made to pimp Google’s new Nexus One “super-phone” (their description, not mine) bugs me. The animated miniature ninjas — of non-specific, though presumably Asian origin — make the long-stereotyped high-pitched screams and yowls that Westerners imitate when they make Bruce Lee moves. To me, that’s like a TV commercial showing someone making French pastries with an Italian accent.

I love kung fu movies, and especially adore Bruce Lee. I’m old enough to have been fascinated by Kato in “Green Hornet” and seen his kung fu movies when they were first released. I also grew up loving the mythology of ninjas. And I know the difference between the two: Kung fu is a Chinese tradition (check out the documentary “The Real Shaolin” for a primer — I’ll be writing more about the film in a bit), and ninjas are Japanese (even if Hollywood had a Korean star in “Ninja Assassin“).

I mean, helloooo, ninjas don’t make any noises when they do their butt-kicking and killing stuff. They’re “silent assassins,” remember? That’s the whole deal with ninjas.

To me, it’s a sign of ignorance and disrespect to blend the two together for no purpose other than to evoke the essence of Orientalism. Maybe Patrick Boivin, the commercial’s creator, was being ironic and culturally astute when he combined the cultures. But I’ll bet dollars that more likely, he simply grew up seeing lots of kung fu and ninja movies and Power Rangers and Mutant Ninja Turtles on TV, and it’s all one undistinguishable blur of Asian-ness to him.

Culturally, that’s the same reason all Asians are taunted by “ching-chong” sounds from childhood to adulthood — non-Asians think we’re all alike and and look alike and we all sound like that. And fight like that.

Phooey on this commercial. I’m sure I’ll lust after a Google phone someday, but not because of this cheesy shill.

The new movie “Ninja Assassin” just might spark a new wave of fascination with Asian martial arts, but instead of kung fu, the fad will be for ninjutsu, the art of the ninja warrior.

The film updates the image of the silent, stealthy assassins from Japanese history, and suggests that ninja clans still exist, sending out mercenaries all over the world to kill off targets for gold. It’s an enticing concept, and one that’s in line with the tradition of the ninja in both Japanese history and Japanese pop-culture mythology.

During my childhood, I didn’t really fantasize about being a cowboy. Oh sure, I had the requisite cowboy outfit — western hat perched cockily to one side like a young John Wayne, a real leather holster belt with a pair of shiny Mattel cap pistols hanging down my side (I tied them to my thighs with strips of leather) and a silver sheriff’s star on my chest. I played cowboys and Indians like American boys did back then. But not all the time.

In Japan, there was another, more romantic character that boys could play — the ninja. They were lots cooler than cowboys. They were able to leap incredible heights over palace walls, walk silently through a sleeping castle, and noiselessly kill their prey with their samurai swords (which they wore across their backs instead of hanging on their sides) or shuriken, razor-sharp steel stars like many-sided daggers that ninja could throw with deadly accuracy.

Ninjas even looked cool — instead of fancy, bulky, multi-layered samurai outfits (or battered and sweaty cowboy hats), ninjas were clad in a simple outfit of midnight-black fabric (better to skulk around in the dark) just loose enough to allow freedom of movement in martial arts hand-to-hand combat. They covered their heads with a black hood, and only their eyes were visible through the veil.

Although the ninjas were, like the cowboys of America, a romanticized icon of an earlier, “frontier-era” spirit, they also made sense for the early 1960s. They were precursors of spies in a modern world deeply divided by the Cold War. With James Bond and the Man from U.N.C.L.E. looming just around the pop-culture corner, I was ready-made for sneaking around my small yard in Tokyo, fantasizing about being a ninja. Continue reading →