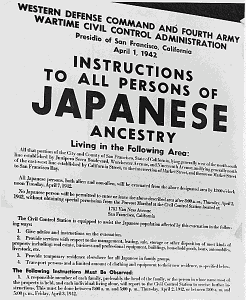 I’ve read about, and talked about, and written about the internment of over 110,000 people of Japanese descent during World War II, so much that in a weird way, I’ve come to think of internment as a clinical, historical event. But once in a while, I’m reminded of the human scale of the tragedy, and feel the pain personally, of families who were wrenched from their lives on the West Coast and sent to concentration camps in godforsaken places inland.

I got one of those reminders today, in the form of an article shared on Facebook on the Asian American News page which was just started Dec. 2. It was a link to a story in the Sacramento Bee newspaper’s website, with the headline “Japanese dolls returned to owner 70 years after internment camps separate Sacramento schoolgirls.”

Emotions welled up as I read about two inseparable childhood friends in Sacramento, California who were separated when Marianne Rikimaru’s family just… disappeared one day in 1942. The family was ordered, along with about 8,000 other Japanese immigrants and their U.S.-born, American citizen children, to board a train to an unknown destination to live out the war years as isolated prisoners. Her friend Beverly Pond never forgot them.

The Rikimarus were sent to Tule Lake in remote northern California, close to Oregon. Reporter Stephen Magagnini picks up the tale:

The story of the dolls begins just before the Rikimarus left for the Elk Grove train station headed for the Tule Lake detention camp in the high desert near Oregon.

Marianne’s mother brought over the Japanese dolls and left them with Beverly’s mom for safekeeping. They were intricate dioramas – one of an ox-drawn cart, another of a traditional Japanese farmer and his wife, and the third of an aristocratic couple.

The Rikimarus left the dolls with the Pond family because they were allowed just one suitcase on the train.

“It was a very sad day,” Beverly said. “I didn’t think it was right, I knew they hadn’t done anything.”

Pond always wanted to return the traditional dolls, which were ornate (not playthings) set-pieces displayed for special occasions like New Year’s and Hina Matsuri (Girl’s Day). She tried finding her friend and always talked about the Rikimarus, asking every Japanese American she met (there are a lot of them in northern California) but wasn’t successful.

Then by chance one day, she met members of the Florin chapter of the Japanese American Citizens League, and the group’s president Andy Noguchi was able to track down Marianne Rikumaru.

The two 80-year-old women finally met again, and Magagnini of the Sacramento Bee was on hand to report on the reunion.

The story brought into sharp focus for me how internment was wrong and a terrible injustice against almost 120,000 people, but when you drill down to the individuals and how their lives were affected — especially mere children — it wasn’t just unjust, it was heartbreakingly tragic.