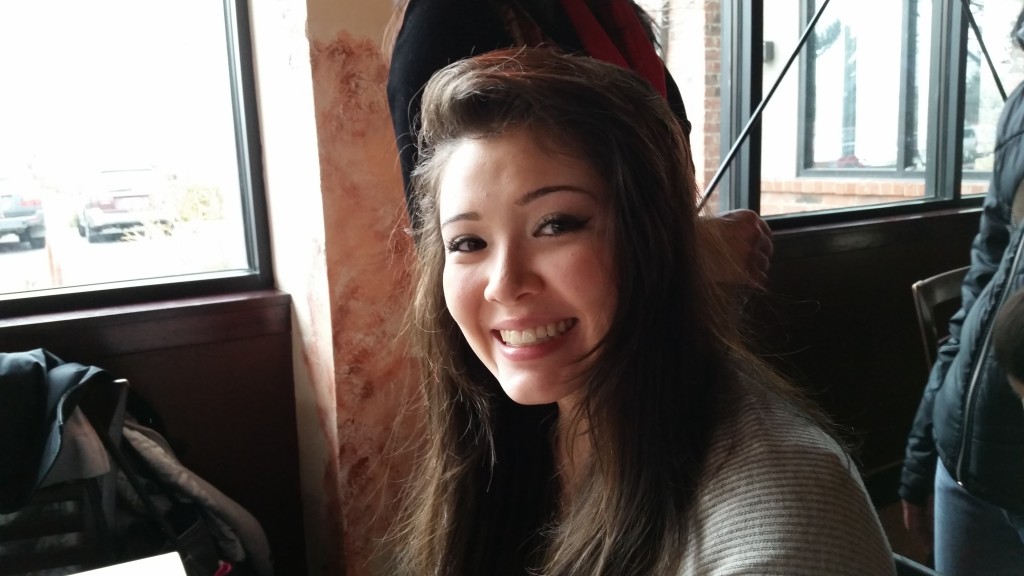 But the interchange with this man has stayed with me ever since.
Continue reading →

Erica Johnson is a woman on a mission. Earlier this year, she launched a blog called Hapa Voice where she posts submissions from hapas — mixed-race Asians — with photos and short autobiographies that explain a little about themselves. The titles of each post are a simple rundown of the submitter’s ethnic mix.

This elegant, straightforward approach to stating one’s own identity is both powerful and moving, especially for hapas because their identities have been a central focus all their lives, even more so than other people of color. Being mixed adds a layer of richness for themselves, and too often a lare of confusion for others. So it’s really cool to read entry after entry on “Hapa Voices” and see so many people who are finding their voice… and their identity.

Johnson has been inspired by the work of hapa writer, filmmaker, artist, activist, standup comic and lifeguard (really) Kip Fulbeck.

His “Hapa Project” and books such as “Part Asian, 100% Hapa” are clear antecedents for “Hapa Voice.” In the book, Fulbeck traveled the country shooting portraits of mixed-race Asians accompanied by statements of identity by the people posing. He recently published a new book of adorable portraits of little hapa kids, “Mixed.”

But as an ongoing website project, “Hapa Voice” takes Fulbeck’s inspiration and breathes it more life. Johnson explains the origins of the “Hapa Voice” blog on its “About” page:

Think of it as a racial mashup. We’re living in an era when the President of the United States is multiracial, and we’re changing our perspectives on ethnic identity — especially what it means to be Asian American. We’re moving beyond single cultural identification. Many of us are connected to our ethnic heritage and add the layer of American culture. Hence, I’m both Japanese American and Asian American.

In addition, the richness of mixed-race America is going to continue to have a huge impact on the U.S. in the future.

For example, the Asian American community of the future will be a multicultural tapestry with a bright thread of mixed-race Asians. In the Japanese American population, the mixed-race fabric is already very evident — since the 1970s, JAs have married outside our own community more than any other group. So we’ve been familiar with the term “hapa” for decades.

I remember when I was a kid, my mom used to call mixed-race JAs “ai noko,” which literally translates as “love child,” or maybe “hafu” (“half”), and she would say it disparagingly (sadly, she’s not PC at all). Likewise, “hapa” is a Hawai’ian term that means “partial” — and it was used originally in a derogatory way, for “hapa haole,” or “half-white.” Although I know people who are offended by the use of the word hapa, it’s become a common term for mixed-race people of all ethnicities, not just Asians. I’ve heard it used within the black and Hispanic communities.

Because of the importance of the mixed-race AAPI community, Erin and I are proud to announce our next interview for visualizAsian.com: Kip Fulbeck, an artist, author, performer, slam poet and….uh, professor! Kipâ€™s ethnic background is Cantonese, English, Irish, and Welsh, and he’s nationally known for his exploration of mixed-race identity.

Our conversation with Kip Fulbeck will be on Tuesday, July 21 at 6 pm PT (9 pm ET). Continue reading →

Meiko, a one-quarter Japanese American, or “quapa,” from Georgia by way of Los Angeles, is at the vanguard of the new folk music. At least, that’s the category where you’ll find her on iTunes. She strums and picks an acoustic guitar, so she fits the folksinger/troubadour image.

But her music isn’t based on the traditional “folk” music of the 1960s folk boom. Meiko’s the latest in a long line of singer-songwriters who came out of that earlier folk boom. Starting with the likes of Bob Dylan, and peers and disciples from Tom Rush and Eric Andersen to Leonard Cohen, Joni Mitchell and Jackson Browne, singer-songwriters have skirted the edges of the rock-pop mainstream, playing their own music instead of traditional songs, with acoustic instruments as their foundation.

Their subject matter is mostly introspective and personal (hence, anti-pop by design) but when it clicks commercially, singer-songwriter music, like alternative rock, can hit the sweet spot and rise up the pop charts.

It’s a style of music that in recent years has become quieter and quieter, almost a whisper instead of the declamatory protest music of, say, early Phil Ochs, or Peter, Paul and Mary, in the ’60s, or the folk and country-rock of the ’70s. The new folk music can be mopey (then again, weren’t Jackson Browne’s songs mopey too?).

And, it’s become a signature style of television soundtracks. Although many shows now, from “Bones” to the “CSI” franchise, feature this type of music, I think of “Gray’s Anatomy” first and foremost when I hear the new folk. The genre fits perfectly with the introspective spoken narration that closes each episode of “Gray’s.”

“Boys with Girlfriends,” one of the best songs from Meiko’s first full-length recording, “Meiko,” was featured on “Gray’s Anatomy on November 20. Once you know the song, you’ll chuckle at how perfect it is for the romantic tensions that are at the heart of the series: “I know better not to be friends with boys with girlfriends,” Meiko sings.

Meiko has a handful of equally terrific songs, the kind that get in your head and bounce around like a superball, keeping you humming for days. She’s perfected the new folk sound, a dreamy, world-weary singing style that’s colored with just a hint of a husky rasp. But it’s her way of fitting words and phrases into cadences that stretch and contract to conform to her lilting sense of melody that stay with you.
Continue reading →

I wrote an article for Asian Avenue magazine, about mixed-race Asian American Pacific Islanders. The print edition, which is available at 500 locations around Denver, has lots of photos with it.

The article highlights some of the issues facing people of multiple racial heritage in general: the lack of acceptance by either side of your racial background; the disruption — or not — that a bi-racial relationship and children might cause within families; the richness of their experience, but also the cultural clashes. And, it also reflects the strength of identity that the people I interviewed have found for themselves, whether they’re Filipino and black, Korean and black, Japanese and Vietnamese, Japanese and white, or any other combination.

Maybe growing up mixed-race simply gives you the foundation to grow up internally with a strong sense of self, because your identity is such a major part of who you are externally.

Here’s my favorite quote, from a friend of mine that I used to work with, Michelle Butcher, who’s half African American and half Korean, and spends many weekends helping out her mom at a Korean gift shop on Havana in Aurora:

â€œI definitely feel that it makes my life more interesting to come from such a diverse background. How many black, kimchi eating, hip-hop listening, Korean girls do you know?â€

Here’s also a sidebar article about the use of the word “hapa” for mixed-race Asians — its origins and the controversy over its use — as well asd a list of famous mixed-race AAPIs.

(Full disclosure: Erin is currently the Editor-in-Chief of AAm.)