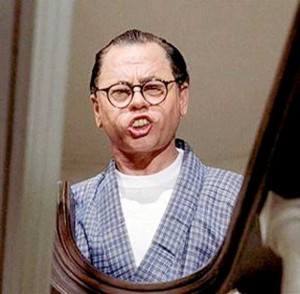 Pitchfork has published a rambling list of the “200 Greatest Songs of the 1960s,” beginning with the Kinks’ “Sunny Afternoon” at 200 and ands with the Beach Boys’ “God Only Knows” at #1 (presumably — the final 20 aren’t numbered). It’s an interesting list because it’s in a British publication, and these songs were chosen (and reviewed very earnestly) by young rock critics, most if not all I bet who weren’t even born when the ’60s closed out with Altamont and a few months later, Kent State. Continue reading →

I grew up â€“ like all baby boomers â€“ during an era of radio when the Top 40 format was perfected during the first two decade of rock and roll, and genres didnâ€™t divide up into separate formats. An entire generation of pop music fans pretty much grew up listening to a wild mix of rock, soul, country â€“ white and black â€“ with a lot of novelty songs thrown in for good measure.

This was true through the 1960s, certainly and also up through the mid-â€˜70s. But two things happened to radio between, say 1969 and 1974. First, the FM progressive or freeform format that had emerged in 1967 began attracting the older rock music fans, and for the first time, after 1969, there was a defined generation gap. If you were in college and protesting the Vietnam war, chances were the Archiesâ€™ â€œSugar Sugarâ€ wasnâ€™t as relevant to you as, say, Ten Years Afterâ€™s â€œIâ€™d Love to Change the World.â€ For me, being just 11 during the summer of 1969, bubblegum rock was a sweet and welcome part of my musical diet.

There was a lot of crossover between FM and AM, especially during the early â€˜70s. For instance songs like Crosby, Stills, Nash and Youngâ€™s â€œOhioâ€ was a hit on AM as well as FM stations. Continue reading →

One of my ongoing passions is pondering the passing of pop culture references. Baby boomers have lived through decades of new hip phrases — for instance, the hip word for “good” has evolved every few years, from “cool” to “groovy” to “far out” (thanks to John Denver for killing that one off by using it too much) to “excellent” to “bad” to “tight” to other words and phrases.Young people are constantly introducing new words and bringing new meanings to old words. That’s a part of the evolution of culture and language. Continue reading →

I finally saw Peter Jackson’s 2005 remake of “King Kong,” and I’m afraid I was underwhelmed. It was corny, and overly long and not engaging, even when the excitement factor revved up for the final third of the film. It reminded me that although Hollywood has been making monster movies since the original 1933 “King Kong,” the monster with the most staying power and screen incarnations — over two dozen movies — didn’t come out of California, but from Tokyo. Continue reading →